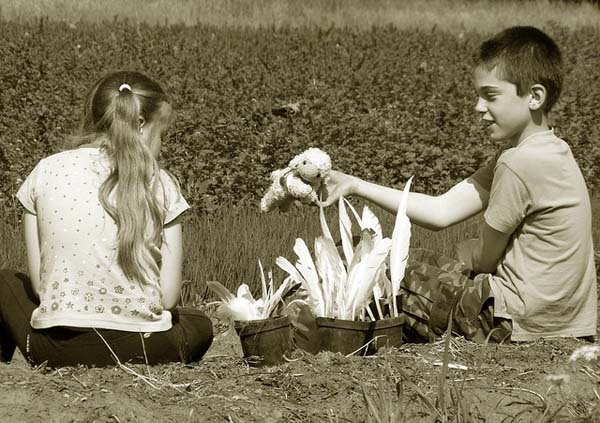 It’s pretty clear the status quo has some problems.

THE OTHER DAY I negotiated my first ever service exchange or, as Joy called it, “energy exchange.” Joy is the director of the yoga studio that I go to here in Nelson, BC. I approached her about volunteering in exchange for yoga classes. We agreed on exchanging my writing services for her yoga.

I’ve always been intrigued by the idea of communal living. A small community that’s self-sustained, where the participants did things for each other and everyone had what they needed. Of course, this is the way things used to be, perhaps going all the way back to the beginning of humanity. 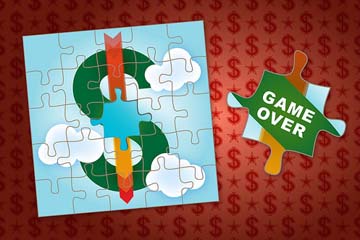 These days, most of us equate our time with money. Depending on how much education, experience, and skill we have, we consider our time worth a certain amount of money. This amount depends on the market; in other words, how much money can we demand? This in turn deems some people’s time as “more important” than others.

With the way our economy at large is set up, I don’t know if there’s any way around that, but within small communities there is opportunity for alternatives. When selfishness and greed are taken out of the equation, when the common good of the community is serviced, we will all be better off.

What if you could donate money to local charitable organizations yet still have the same buying power? This is the goal of Community Way dollars (CW$). In a nutshell, local businesses donate CW$ to its choice of local charities. The businesses don’t actually hand over any hard currency, what they are giving is the promise to accept CW$ as a form of currency to buy its goods and services. Some businesses might accept 100% payment in CW$, others will accept a percentage (with the rest made up in federal dollars) per transaction.

When a member of the local community makes a cash donation to a participating charity, they receive the same amount back in CW$, which they will be free to spend in the local economy. This way one can donate money for a good cause that will help locals (e.g. fighting homelessness) and still have the same buying power to purchase goods and services they need from local businesses.

People can also acquire CW$ from volunteering at the local charities and, in some cases, where employers and employees agree to pay and receive CW$ as a form of payment for work. Participating businesses can also trade between themselves with CW$. It’s a win-win-win situation: non-profits get financial support to keep running, the public gets to donate without losing buying power, and businesses benefit from creating stronger connections with their customers, keeping money within the local community. Check out this video for a more detailed explanation.

After a previous attempt at a local currency called Barter Bucks failed in the ‘90s, Nelson, BC is getting ready to launch its Community Way system in January 2011. The Comox Valley region on Vancouver Island — a few hours from BC’s capital of Victoria — has been using the system for about 18 months now (although other incarnations have been around since the early 80s).

The more I dig around, the more I’m led away to more and more websites for local economies. I had no idea how large this movement is.

I spoke to Michael Linton — the man behind Community Way — who said the system in the Comox Valley had a steady increase of business participation over the first year, but has plateaued during the past six months. He is confident that a Christmas market this year that will only trade in CW$ will spark up more interest and attract more businesses.

The more I dig around, the more I’m led away to more and more websites for local economies. I had no idea how large this movement is. In New York State, Ithaca HOURS is the oldest and largest alternate currency system still operating in the US. The Community Exchange System is a global virtual banking and trading system that does not rely on traditional money at all, making it more of a pure bartering system. You can see an example of a transaction here.

TIME magazine ran an article a couple years ago about alternative economies. This passage neatly sums it up:

Periodically ditching the dollar (or the pound or the yen) in favor of homegrown currency doesn’t merely fortify the local economy; it also builds community. People have a stake in their neighbor’s well-being because that neighbor represents both market and supply chain. Some argue that such transactions are more secure than others because knowing the person you’re dealing with, and his family and friends, serves as a kind of social collateral.

Social collateral. I love that. 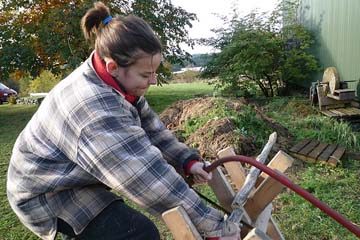 You may not think of these as alternative economies, but the same principles apply: exchanging services within a community for mutual benefit. WWOOF and Help Exchange are great ways to travel, contribute locally, and learn while providing some labour in exchange for free accommodations and, perhaps, meals.

While there are some folks who take advantage of Couchsurfing as merely a way of scoring a free place to stay, the vast majority take to heart the communal aspect of it, being a guest on the road and hosting when at home. Besides exchanging accommodations, a cultural exchange happens as well.

Do you have an alternate currency where you live? Have you participated? What kinds of exchanges have you been involved in?