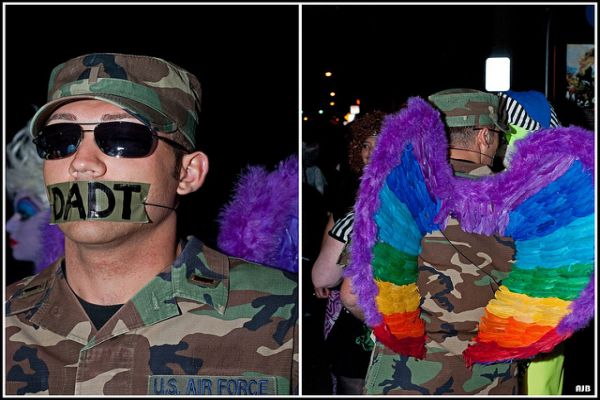 On Wednesday, December 22nd, President Obama fulfilled one of his campaign promises when he signed into law the repeal of the 17 year old policy that required gay military members to keep their sexuality secret.

“Don’t Ask, Don’t Tell” went into effect in 1993 under President Clinton, leading to the initial discharge of 17,000 gay men and women and another 13,500 since then. While guidelines and procedures for moving out of the policy are being put into place over the following months, this is major victory for the GLBT community. Some, such as Rep. Barney Frank, D-Mass. (one of the U.S.’s most prominent gay lawmakers), consider this the biggest piece of civil rights legislation since the Voting Rights Act of 1965.

The official name of the policy is “Don’t Ask, Don’t Tell, Don’t Pursue” – don’t ask whether your fellow serviceman or woman is gay or require them to tell you, if you do tell, you can be discharged, and the don’t pursue is in reference to the minimal requirements for an investigation against someone to be initiated. With the repeal of the policy, gay men and women are finally able to be true to themselves while fighting for our country.

President Obama feels that this move will make the military stronger, quoted in USA Today saying

“There will never be a full accounting of the heroism demonstrated by gay Americans in service to this country. Their service has been obscured in history. But at every turn, every crossroads in our past, we know gay Americans fought just as hard, gave just as much to protect this nation and the ideals for which it stands.”

How do you think the repeal of Don’t Ask, Don’t Tell will affect the GLBT community, military or not?

While gay rights are slim to none in some countries, there is progress going on around the world, and not just in the United States – in July 2009, India decriminalized homosexuality.

Tagged
News United States
What did you think of this story?
Meh
Good
Awesome

This holiday season, gift yourself a break at one of the best wellness resorts in the US