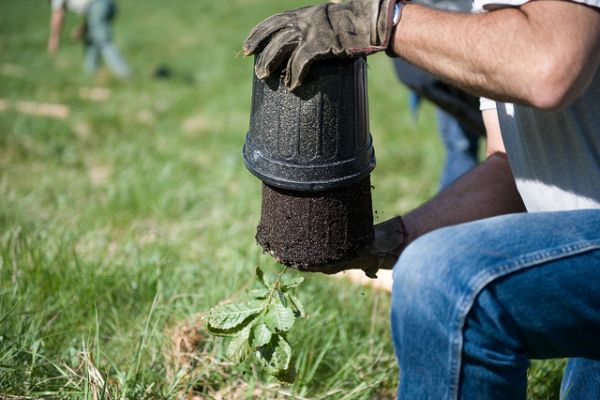 After years of dreaming about having an organic farm—or at least a huge garden—I finally have some land to plant, and feel daunted by all that empty space.

When it occurred to me that a disproportionate number of my friends and acquaintances are organic farmers, I decided to round them up and ask for advice. Here’s what they told me:

If you know where you’ll be farming, contact other farmers in the area. Offer to pitch in on their farms, or at least invite them for a cup of coffee: they’ll likely be able to pass along invaluable tips on climate, soil conditions, crop varieties, and more.

Staci Short grows vegetables for a CSA (Community Supported Agriculture) on Gull Harbor Farm in Olympia,Washington. Though she’d farmed for years in other places, Staci says, “I wish I’d worked at a farm in this very different growing environment (it’s much wetter here in Washington than in Montana!) before jumping head first into my own operation and learning so many lessons the hard way.” 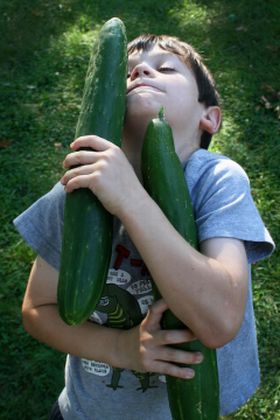 2. Leave your ego at the door.

You’ve picked all the local farmers’ brains, and you’ve read all the books—but it will still take time to become a master farmer. Farming has an unusually long learning curve.

Mike Nolan, who grows winter storage vegetables at Fort Lewis College Field Station in Hesperus, Colorado, points out, “Unlike other professions, farmers can usually only do anything once in a given season. Say you’ve been farming for twenty years, you’ve only done it twenty times.” And that’s barring the occasional drought, or record rainy season, or grasshopper plague, that you might deal with only once in a decade, or a lifetime.

So hang onto your patience and humility, and get ready to be a permanent beginner.

“Get ready to be a permanent beginner.”

You know it’ll take years to become an expert, so why not start now? Grow a container garden on the balcony of your apartment, buy into a local community garden, beg a landlord’s permission to tear up a corner of the yard, pick one easy-to-grow crop to experiment with—and start farming.

Jessica Babcock—a self-described “landless farmer with a dream, pie baker, and pickle maker”— suggests, “Don’t get caught up in the thought that you have to have everything figured out before you start farming. Just put seeds in the ground and start growing things. Many of them will make it. Others won’t. That’s OK. This is how you learn. It’s a process.”

Don’t set your heart on growing a particular crop before you learn about your soil, climatic conditions, and available water resources. If you’re dying to grow organic baby lettuce but your farm is located on a hillside in Hawaii, those shallow roots will let your topsoil erode into the Pacific in the rainy season—and “organic” doesn’t mean much if it’s not coupled with “sustainable.”

Pablo Ruiz of Tierra del Sol in Tlacochahuaya, Oaxaca, Mexico, has scaled back his production of vegetables for sale in favor of drought-tolerant lavender. In a hot, windy area, the veggies were just sucking up too much water to grow sustainably on a large scale.

“You have to consider what you can do, not what you want to do.” -Pablo Ruiz

If you’re not farming solo, but alongside a significant other or friend, be clear about who is responsible for what, especially if your farm is going to be your primary source of income. Working together can strain any relationship, especially if your workplace is also your home. This makes it very important to divvy up the tasks from the beginning.

Jacob and Courtney Lowry have been growing veggies, turkeys, and heritage grains on Prairie Heritage Farm in Conrad, Montana for five years, and they’re still married. They suggest, “Make sure that there are components to the farm that one person ‘owns,’ that they control, manage, and make decisions on.”

17 portraits from Carnival in Oaxaca, Mexico

5 ways to experience the best of Montana

The best ski and spa resort combos in North America

The absolute best places to ski in North America this winter

The four most exhilarating day hikes in Boulder, Colorado

Hit up Crested Butte, Colorado, for adventure without the flash

How to hike the Jefferson Pass Traverse in Glacier National Park

Missoula, Montana, is the new Boulder — minus the hipsters