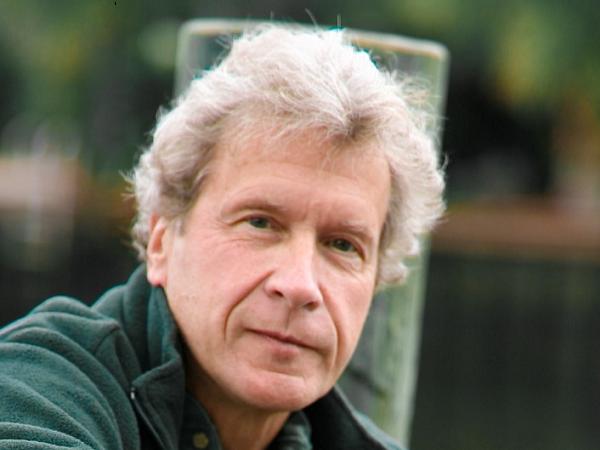 The end of one year and the beginning of another was a fitting time to interview John Perkins.

By his own count, John Perkins has lived at least four lives: one as an economic hit man (EHM); one as the CEO of an alternative energy company; one as a reformed EHM and whistle blower who has become an expert on indigenous cultures, shamanistic healing, and sustainability; and one as an author who writes about all of these topics.

Perkins’ most recent book, Hoodwinked: An Economic Hit Man Reveals Why the World Financial Markets Imploded–and What We Need to Do to Remake Them

explores all of these lives and continues expanding upon the insights shared in his earlier books, Confessions of an Economic Hit Man

and The Secret History of the American Empire: The Truth About Economic Hit Men, Jackals, and How to Change the World.

Perkins spent the 1970s as the Chief Economist of a major international consulting firm. In this capacity, Perkins was tasked with the responsibility of convincing the governments of developing nations to agree to high interest loans provided by bodies like the International Monetary Fund and the World Bank in order to enrich U.S. businesses and advance the diplomatic, defense, and economic interests of the American government.

“The first step, Perkins says, is “to change our dreams.”

As Chief Economist–a fancy name, Perkins says, for an economic hit man–Perkins saw the damage his work was wreaking on the environment and on human communities. Eventually, his guilt led him to leave that work behind, though he maintained a vow of silence about it. It was only after the September 2001 terrorist attacks that Perkins decided to talk publicly about his experiences as an economic hit man.

And he began to actively atone for the damage his work had caused by going back to communities in countries where he had worked–especially Ecuador–in order to begin repairing them.
*
I first spoke with John Perkins in September 2008 after reading Confessions of an Economic Hit Man. I spoke with him again a couple weeks ago.

It seemed an especially fitting time. With the close of one year (and one decade) and the beginning of another, and after 12 months of particularly turbulent world politics– the massacre of indigenous people in Bagua, Peru; the continuing political unrest in Iran; and the coup in Honduras– I wanted to ask John how his experiences as an economic hit man and the knowledge he has acquired over his “four lives” could help us all understand the world better and how we can use our own lives to be the change we want to see in the world.

The first step, Perkins says, is “to change our dreams.”

By way of explanation, Perkins recounted a conversation with members of the indigenous Shuar community in Ecuador:

“More than anything, it’s your dream [that’s standing in the way of true progress….] When you give energy to a dream, it happens. [But you’ve] given energy to a nightmare that’s destroying the world. The way to change it is to change the dream.”

A few months back, in another article, I asked readers, “What’s your exquisitely absurd dream?” With Perkins’ advice about changing the dream, and with the fresh start offered by a new year and a new decade, it’s worth asking the question again.

What dreams do you want to change? What new dreams can you give energy to and make happen in 2010? Share your dream in the comments below.

You can listen to my entire, unedited interview with Perkins here.

For some more thoughts on change, read Christine Garvin’s article, “Change Is Not a Four Letter Word.”