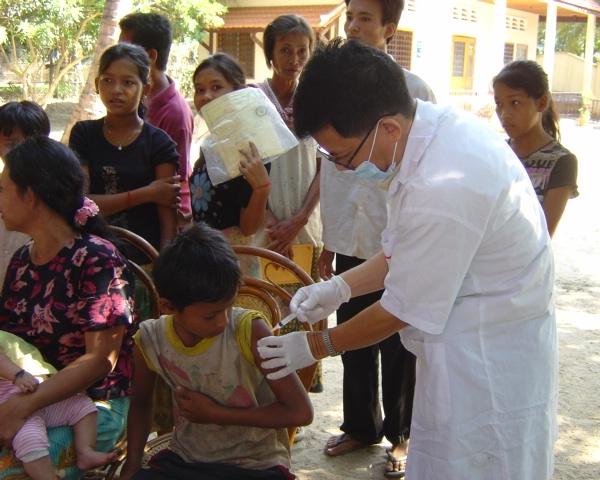 We’ve profiled the Gates Foundation as one of the most cutting-edge philanthropic organizations in the world. Here’s the news about their latest project.

Those of us living in the Western world have the luxury of indulging in debates about whether we should get vaccinated for common, deadly diseases.

For many people in developing countries, though, vaccines could–all debate aside–perform life-saving functions, particularly in areas where sanitation and public health services are in limited supply.

And many people in those areas don’t need to think about debating vaccines because they simply can’t afford to get them or they live in communities far from clinics where vaccines are administered.

Those are the people the Gates Foundation hopes to reach with its new vaccine initiative, announced last Friday at the Davos World Economic Forum.

The Gates Foundation announced that it would dedicate more than $10 billion USD to vaccines over the coming 10 years. “Why now?” asked Melinda Gates, the wife and philanthropic partner of Microsoft founder Bill Gates. “Because of the success we’ve seen” with the work they’ve done so far.

Among those successes are the eradication of polio from all but four countries in the world, the distribution of rotovirus vaccine (a diarrheal disease that kills babies and young children), and the ongoing research into the development of a malaria vaccine and an HIV/AIDS vaccine. At present, malaria kills more than 880,000 people every year.

“Our commitment isn’t enough to take full advantage of what needs to be done,” Bill Gates said at the press conference announcing the aid, inviting government, pharmaceutical, research and development, and private sector support to realize the full potential of what Gates calls “the decade of vaccines.”

According to the Gates Foundation, the vaccine project has the potential to save more than 8 million lives by 2020.

Watch the Gates’ full announcement of the initiative in this video:

What do you think about the Gates’ declaring the next 10 years “the decade of vaccines”? Do you support their vaccination project? Share your ideas in the comments below.

Read more about the development of the malaria vaccine in In Search of a Malaria Vaccine: What Travelers Should Know.

This small and remote Scottish island is looking for new residents
Italy is reviving a Black Death tradition by reopening ‘wine windows’
10 treasure chests containing $1 million each to be hidden across the US
Wombats are the heroes of the Australian fires, sheltering animals in their burrows
Study claims odds of catching COVID-19 on a plane are very small