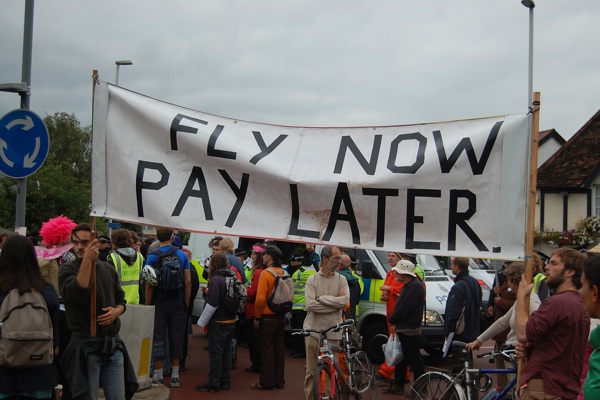 Tim Nicholson told the judge that his beliefs about the importance of climate change were so strong they bordered on religious. Judge Michael Burton agreed.

It’s a ruling that sets a powerful precedent.

Judge Michael Burton, the justice who ruled last year that Al Gore’s climate change documentary, “An Inconvenient Truth,” was “political and partisan,” ruled in a separate case earlier this week that:

“[A] belief in man-made climate change … is capable, if genuinely held, of being a philosophical belief for the purpose of the 2003 Religion and Belief Regulations.”

The ruling was made in the case of Tim Nicholson, the former director of sustainability for a British property firm. Nicholson was fired in 2008 due, according to his claim, to his “philosophical belief about climate change and the environment.” Nicholson had protested the activities of firm executives who made decisions that not only weren’t green… they were downright ridiculous. In one instance, Nicholson told the judge, an employee was dispatched to take a flight from London to Ireland simply to deliver a Blackberry to another employee who had forgotten it, leaving it behind in the London office.

“In one instance… an employee was dispatched to take a flight from London to Ireland simply to deliver a Blackberry to another employee who had forgotten it, leaving it behind in the London office.”

In court, Nicholson’s former employer tried to argue that “green views [are] political and based on science, as opposed to religious or philosophical in nature.” Because religion deals with matters that cannot be proven and because climate change can be substantiated, Nicholson’s views should not be considered religious, the company argued.

Their argument fell flat, though, as Judge Burton ruled in Nicholson’s favor.

The ruling is significant because it may establish precedents for significant, positive policy changes in British corporations… though it may also encourage more litigation. In its analysis of the case, the Telegraph explained:

“The ruling could open the door for employees to sue their companies for failing to account for their green lifestyles, such as providing recycling facilities or offering low-carbon travel.”

If that’s what it takes to get climate change on corporate agendas, though, it might not be such a bad thing.

The international conference on climate change is scheduled to take place in Copenhagen next month. Keep visiting Change- we’ll have a correspondent at the conference who will be filing daily dispatches.