14:06 Apr 22, 2020
Top Regions
Top CitiesView All Destinations
Trending Regions
Trending Cities
Load More
I met Adam Skolnick in 2006 on a speedboat in the Andaman Sea off the coast of Thailand.

WE WERE BOTH WRITING about the Moken Sea Gypsies, a romanticized group of seafaring people who struggled with all that arrived from outside: Cheetos, AIDS, packaged ramen, Coke, prejudice, obesity.

Adam has authored or coauthored 16 Lonely Planet guidebooks, and he recently published a piece on the Free Burma Rangers — The Jesus-Kissed, War-Fringed, Love-Swirled Rangers — in Outside Magazine. Reading his piece made me think about the month I spent in Myanmar in 2006 and Obama’s historic visit to the country this month. I wondered what had changed and what had not, so I spoke with Adam about his reporting on the human rights situation there.

AD: First there is the Burma/Myanmar name controversy, one of many debates involving the country. I was there in 2006, and I’ve never received such flak for visiting a country. Travelers elsewhere would say, “I can’t believe you support dictatorships” or “I would never go to a country that abuses the human rights of its citizens.” I didn’t manage to make them understand that volunteering at a school in Yangon, riding a bicycle through Bagan, and eating fish head curry with locals created the kind of personal relationships I believed were part of both fomenting change and of human rights.

Did people give you hell for going there?

AS: Well, for this story I snuck illegally over the Thai border and entered a part of Burma that is off-limits to tourists in order to document the abuses. I did the same thing for my 2008 Men’s Health story. But I too have visited Burma proper, know exactly what you’re talking about, and personally have no problem with travelers experiencing the place. And I never have. It’s magnificent and should be experienced.

I think one good thing about the flak is it means there is a lot of awareness in the world. On the other hand, you’re quite informed and you’re in academic circles, and so you’re going to be around people who are more informed and know these things. I don’t think you would encounter that same level of reaction in the wider world.

When I first visited Burma in 2005 I was invited on a press trip by an adventure travel company, and I didn’t ever question the invitation. I don’t feel the same way that some of these people feel, that you shouldn’t go to these places. It was spooky at times. We were followed at one point in the Shwedagon Pagoda. It was very much more of a distrustful time there, the internet was highly censored, secret police were everywhere, and there was still a passionate ‘Don’t Go There’ attitude among informed progressives, because Aung San Suu Kyi was advocating a travel boycott. To me, that made it more interesting to be there. 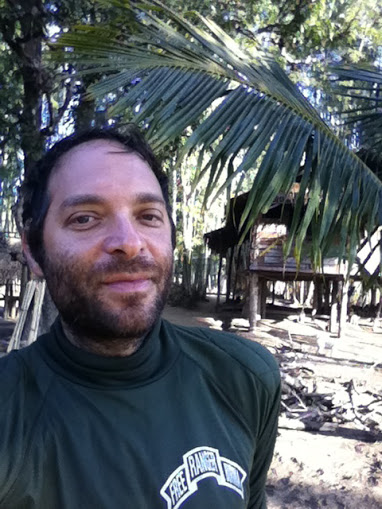 Sanctions are a debatable issue, and that’s what that is, a travel sanction. I don’t think sanctions work all the time. I don’t see them working in Iran. I don’t think they ever worked in Myanmar. That’s not the reason these reforms happened. It wasn’t because of sanctions. I’m not a big believer in the sanctions aspect. However, I’m also not a believer in these reforms quite yet. There’s a lot about them that have yet to be determined. The military is still in control of the government. There’s still a military veto written into a constitution that was created by the junta in a sham of a constitutional convention. They didn’t allow dissenting voices, like Suu Kyi and the National League for Democracy (NLD) to influence it. And government forces are still at war in ethnic provinces.

Now, there are some things that have happened that are quite good — the transparency in the media, the release of a lot of political prisoners, Suu Kyi in parliament — all these things are positive. But there are many big steps to be taken, and it is not finished yet. It’s a little bit interesting to see the Obama administration accept these reforms so quickly. It feels like a money grab.

Well, they’ve been there for a long time, and it is interesting that this happened now. I don’t know exactly why it happened. You can’t ever know. At some point these people make enough money and they just leave. These dictators don’t need to stick around. They made their money. They took their money. Maybe Thein Sein has a good motivation. It’s possible, but he was a general in the junta for many years, and it’s not finished yet. That’s the point that the leader of the Free Burma Rangers is making: Until there is freedom and autonomy in the ethnic provinces and some sort of republic where there is self-determination completely without the military’s involvement, you don’t really have a democracy, so you don’t know what you have.

What did you observe in terms of the peace process while you were there?

When I was there what was interesting is that they were starting to talk about this peace process that ended up evolving and actually happening. That ceasefire is really just a ceasefire. It’s not a truce. There are additional things that have to happen for the Karen to be in a truce with the Myanmar government. The same goes for Shan state. In Shan state there are still sporadic instances of fighting, and in Karen state there’s still military buildup, and in Kachin state there’s still all-out war. The thing to remember would be that really until there is a truce with all the ethnic groups, and a republic where they have autonomy and self-determination within their states, it is unlikely there will be extended peace and true democracy.

What’s happening now is really just a business money grab to extend our influence and to compete in China’s backyard, and when you read about a progressive president meeting with Thein Sein, it’s easy to forget that the country still isn’t free. We have to remember that. But that doesn’t mean don’t go there.

A fair number of people are horrified by the work of the Free Burma Rangers, both because the founders are Christians and involved in proselytizing and because it is run by foreign money and leadership. What was your experience when you stayed with them?

The leader would call himself just a Christian, but he is an evangelical Christian. He baptizes people in rivers and all that. He doesn’t proselytize in the sense that at his camp it is really about becoming a Ranger. It isn’t about becoming a Christian. He’s got Buddhists, Muslims, animists, and I’ve met them, and none of them care about his religion. 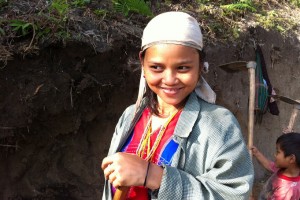 But you know what it’s like in these countries. Like in Indonesia, where your religion is printed on your driver’s license, or Myanmar — most people really do love religion, so to them it is not that big a deal. To them, religion is a very important thing. There are some Rangers who are skeptical of him, but it is really very few. Most are like, “Well, hey, it’s a religion. Who cares? This guy is fighting for us and with us.” So it doesn’t bother them at all, even when he brings up Jesus. He does frequently pray in meetings, but he doesn’t try to actively recruit Christians. If a Ranger comes to him and says, “I’d like to be Christian” or “Will you baptize me?” then he will. That’s how it works. I’ve been around him twice in different camps, and I have not seen him proselytize.

Where do the Free Burma Rangers get funding?

What he would say is that the money comes from people who donate spontaneously, that he doesn’t fundraise. But the fact is that he goes and speaks at churches in America, and he raises money that way. They also get foundation money. Their medical program is quite good. They’ve had a bit of international government assistance. They’ve had help from a big organization called Partners, which is a major Christian relief organization.

Is there any progress that the Free Burma Rangers speak about in terms of what they’ve done?

Free Burma Rangers are really the only aid organization that brings healthcare and education to the frontlines of these conflicts. They actively work with rebels to evacuate villagers and bring healthcare to families on the run. In addition to that, Human Rights Watch and many other NGOs and governments get a lot of their data on the conflict and human rights abuses from the Free Burma Rangers. They don’t track the human rights violations from the rebel side, but if you are looking for evidence and reliable data about human rights abuses from the government side, which is the lion’s share of these abuses, they are the best. Nobody does that better than them, and they post their reports on their website.

Now that Obama has gone to Myanmar, there is a whole debate about whether he should have or not.

What they’re saying about him is that he shouldn’t have gone there because he is legitimizing a government that isn’t truly legitimate. In that sense I agree. It’s a little premature for him to have gone there. Secretary of Sate was just there. Clinton was there in December of last year. Clinton should go again. We didn’t need him there. I think the only reason he went was to compete in this China thing. There is the danger of legitimizing a government that is not legitimate yet.

Skolnick is currently working on a project for Lonely Planet. You can follow his progress at adamskolnick.com and on Twitter @adamskolnick.

Tagged
Travel Myanmar
What did you think of this story?
Meh
Good
Awesome

Daily life around monasteries in Burma