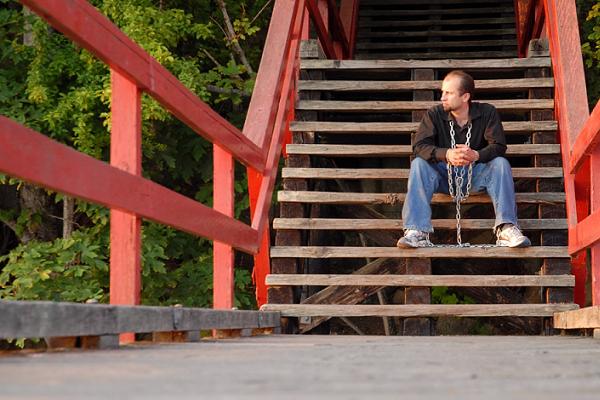 Photo courtesy of Run For the Rescue

Sometimes you have to do something dramatic to bring attention to an overlooked issue.

In 2008, singer-songerwriter Eric Proffitt was invited by the United Nations to perform at the Global Initiative to Fight Human Trafficking Conference. Though Proffitt had long used his music as a way to communicate messages that informed and inspired his listeners, Proffitt’s experience at the conference left him feeling as if music might not be enough.

“I have never seen a problem so large, of which so few people are aware,” Proffitt said about global slavery. While at the conference, Proffitt learned that more than 27 million children around the world are enslaved as diamond, cacao, and sex workers; as the father of five children himself, he was determined to do something more than sing about the problem.

“I have never seen a problem so large, of which so few people are aware.”

Most people wouldn’t do something as drastic as Proffitt has done: he and his wife sold their house and decided to start an educational awareness campaign called Run For the Rescue. But that’s not all: it’s what that awareness campaign entails that makes Proffitt convinced he’ll be able to make thousands–if not millions–of people more aware of the problem of global slavery and inspire them to do something about it.

On August 1 (Why August 1? Emancipation Day in the States) Proffitt started a 500 mile run– in chains. He anticipates the total run will take 42 days.

The goals, Proffitt states on his website, are two fold:

1) Raise $1 for each of the 27 million people living in slavery. This money will be used by non-profit organizations to rescue and rehabilitate girls like Theresa and to find and prosecute the perpetrators of human trafficking.
2) Create a global tipping point for the fight against modern day slavery.

The run started in Washington, D.C. and will continue in parts of the U.S. before Proffitt tackles the second leg, which will be in the U.K.

You can learn more about the run on Proffitt’s website, where you can also follow the journey as he blogs about it. Donations are being accepted through the website and if he’s running through your area– well, step outside and show him your support!

Learn more about global slavery in this article from our archives: 10 Shocking Facts About Global Slavery in 2008.