AMERICA DOES NOT HAVE ITS SHIT TOGETHER when it comes to climate change. This should not come as a huge surprise: elected officials still publicly refute the scientific consensus, and of the eight Republican 2016 Presidential candidates, only one accepts climate science. Considering these are popular public figures, it probably isn’t too shocking to think Americans as a whole don’t really know what they’re talking about when it comes to climate. But just how clueless are we? New maps from the Yale Project on Climate Communication show just where we stand on climate. Let’s start with the good news. 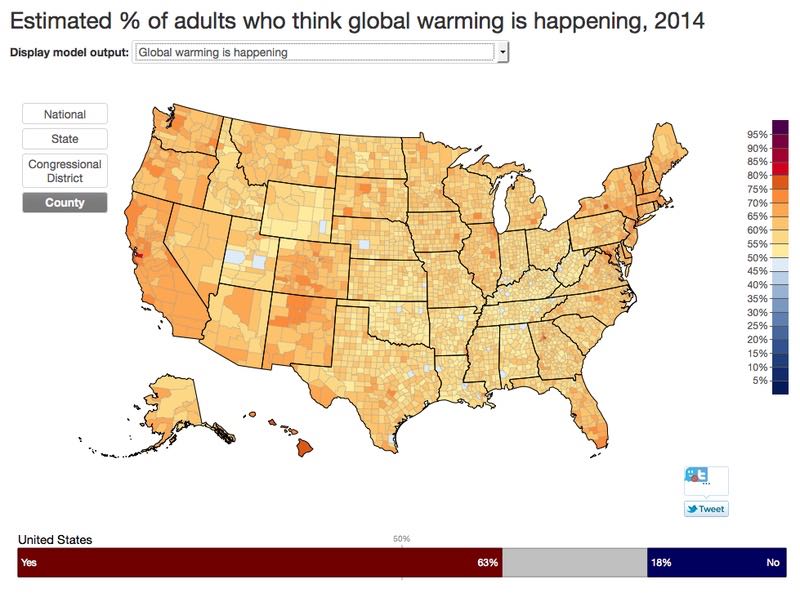 In most counties of the United States, a majority of people think climate change is actually happening. The bad news is this: 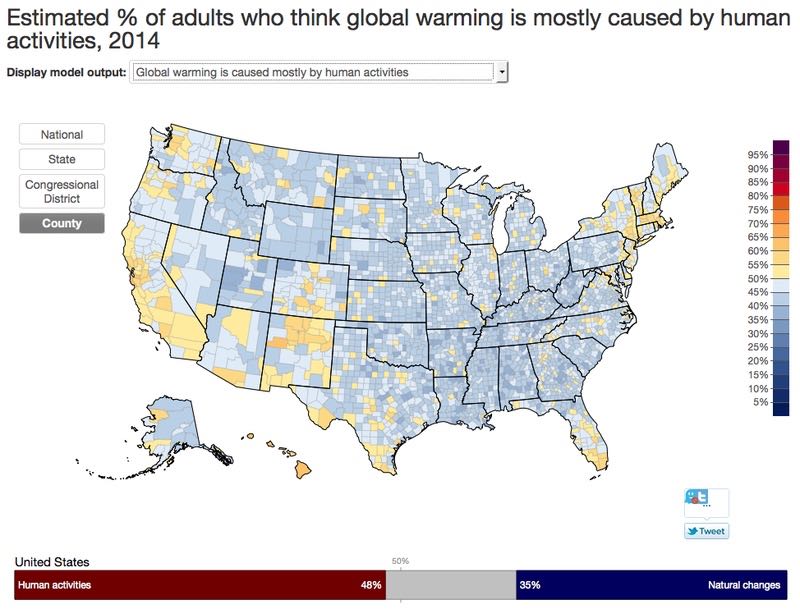 Under half of Americans believe that humans are responsible for climate change. Compare this to scientists, who are 95% certain that this is the case, and we start to have problems. Speaking of which: 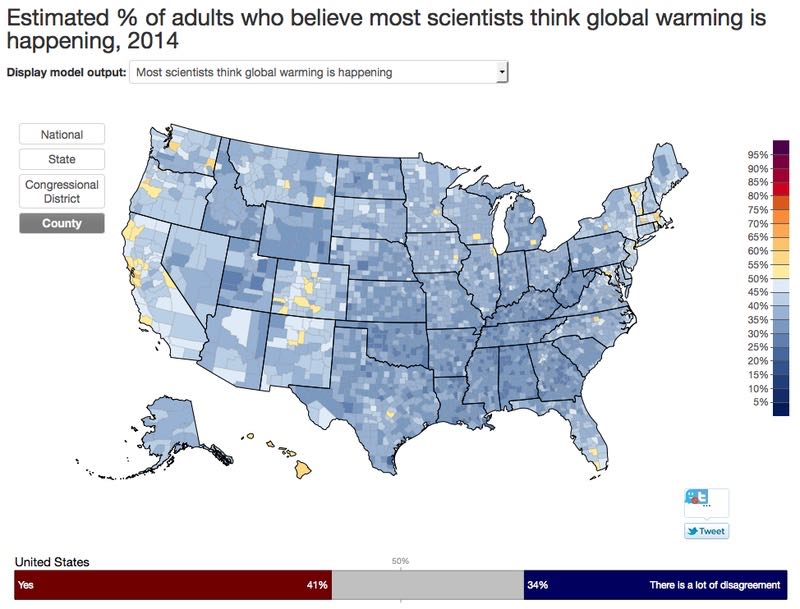 Inexplicably, less Americans think that climate scientists have reached a consensus, which they absolutely have. You can play with the full interactive map here, but the basic message remains the same: American opinions are kind of all over the place. We love renewable energy, but don’t support a carbon tax. We think climate change will hurt later generations, but don’t think it’s doing anything now. The news is certainly not all bad, but America’s needs to pull its act together if it expects to have a coherent strategy for fighting climate change any time in the future.

Via the Yale Project on Climate Communication. h/t: Vox