I love The New York Times. I grew up reading The New Yorker magazine. I always digg the Harpers index. I think National Geographic is pretty much the coolest club on the planet.

But I won’t be reading any of these fine publications until they stop taking money from lobbyists and PR firms that are determined to thwart necessary reforms of American energy policy.

The sad truth is that the finest American newspapers and magazines are serving as disinformation platforms for a massive social media campaign being launched by an energy industry that is refusing to change its destructive ways.

This onslaught of cutting-edge, highly funded fossil-fuel propaganda campaigns are more dangerous to our health than tobacco ads, and have no place masquerading as well-intentioned information on the websites of our magazines and newspapers.

The Evil of Greenwashing

When I saw greenwashing ads for Chevron in The New Yorker I smelled hypocrisy.

How could the magazine that publishes Elizabeth Kolbert’s devastating reports on climate change allow itself to be sponsored by one of the most heinous and destructive energy companies in the world today?

When I saw banners for “Clean Coal: America’s Power” on The New York Times website I was sickened. Coal is not clean.

Coal smoke is choking us. Wrapping filth in the American flag is an insult to every citizen who loves this country.

The claim that coal is “cheap” power becomes very false very fast as soon as health care costs are taken into account.

Explore sustainability with Shell and Harpers?

As a friend put it, that’s like saying “learn more about diversity! Contribute to the KKK!”.

But the final straw came today, when I visited The New York Times opinion page and saw a banner ad promising “The Truth” about the Canadian tar sands.

Thanks to wonderful journalism from sources like the Times, we know just how much we stand to lose if climate change is left unchecked.

Opposing the expansion of the tar sand projects is a life or death issue, not just for the cancer victims of Alberta, but for all Creation.

Apologists will argue that big media companies maintain a wall between editorial and advertising. That is no excuse. In the age of new media, common sense morals are more important than a self-righteous blind-eye. 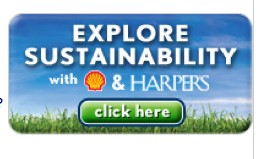 How can anyone trust an institution that purports to give us the truth about important world issues, but is sponsored by harmful propagandists?

The big energy companies are mounting a sophisticated propaganda and disinformation campaign.

They are pouring money into online media projects. We need to fight back.

Tom Friedman – how big is YOUR carbon foodprint?

As much as I love the Times, I’m going to get my news elsewhere for a while. I encourage you to do likewise.

Here are some good alternatives:

Additionally, in the face of the massive energy lobbyist PR campaign, it’s imperative that all of us work overtime to counter the faux-patriotic green-washing of the energy industry.

The energy reform challenge is as imperative as the civil rights struggle was in the days of Martin Luther King.

Expose the false arguments. Look beyond the carefully market-tested messages.

If you know someone who buys into the fossil fuel lobby’s misleading claims, sit them down for a serious talk. Be the change you want to see in the world.

Ask why the places where fossil fuel is central to the economy – like West Virginia – are the poorest and unhealthiest places in America.

Ask why places where the fossil fuel lobby is effectively countered by informed citizens – like Vermont – boast healthy populations and strong local economies. 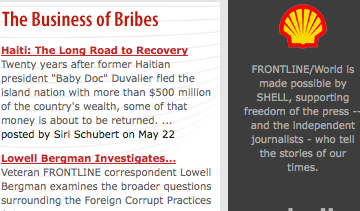 Our future depends on our willingness to reform our energy policy. Big oil companies and their big media collaborators are standing in the way with billions of dollars on their side, but the truth needs no ally.

Yes, we have an energy crisis. But the problem isn’t what you think. Read “The Crisis Of Too Much Energy”.

Wondering who to trust? Read “How To Evaluate Claims About Big Oil”.

Interested in social responsibility? Read “Manifesto of a Young American”.