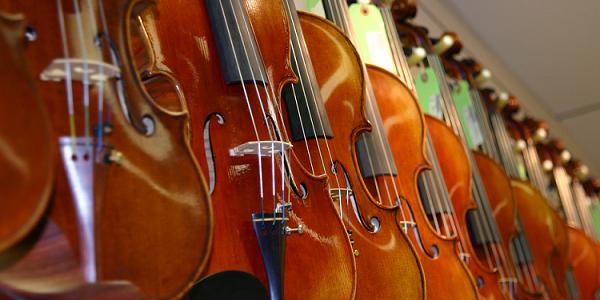 Last year, the New York Philharmonic made a historic visit to North Korea.

Under the baton of conductor Lorin Maazel, the Philharmonic was received with tears by concert-goers and praise by critics, who called Maazel’s direction and the Philharmonic’s performance “sophisticated and sensitive.”

According to the New York Times’ account of the Philharmonic’s 2008 visit to North Korea:

“It was the first time an American cultural organization had appeared here, and the largest contingent of United States citizens to appear since the Korean War. The trip [was] suffused with political importance since North Korea’s invitation came to light last year. It was seen by some as an opening for warmer relations with the United States, which North Korea has long reviled.”

A broadcast on National Public Radio reported that “a senior U.S. diplomat reportedly told Maazel that the concert ‘could well have done more for U.S.-North Korean relations than 30 years of diplomatic efforts.'”

Now, the Philharmonic may be taking its show on the road again, this time to Cuba.

The Times reported on Thursday that Cuba has invited the Philharmonic to perform in the country that has a proud and diverse musical tradition. Groups such as the all-female Camerata Romeu draw sell-out crowds, despite tough economic conditions on the island:

The Philharmonic, whose administrators traveled to Cuba on Friday to investigate the possibility by visiting venues and speaking with Cuban officials, has already received a license to travel to Cuba and the Philharmonic’s president stated that Vice-President Biden’s office has verbalized support for the trip, calling it an important step in diplomacy with Cuba.

The concert is tentatively scheduled for the end of October.

While no one expects that the Philharmonic’s appearance in Cuba will result in the Obama administration’s overturning of the current US policies toward Cuba, the trip and performance would certainly go a long way toward re-establishing contact between Cubans and Americans outside the direct sphere of politics.

Diplomacy doesn’t occur just among diplomats. Read more about a citizen diplomacy movement between the US and Iran in this article by Ryan Van Lenning.

This new, glass-domed train will take you on an epic journey through the Rocky Mountains
TikTok user banned from Spirit Airlines for posting a travel hack video
Qantas becomes the first airline to require COVID-19 vaccination for passengers
A time capsule from the north pole just washed up in Ireland
Arctic Norway will soon be home to the world’s first energy-positive hotel