Earlier this week, I attended a literary reading by Sergio Ramirez, former Vice-President of Nicaragua.

Ramirez, who read from his recently published novel, Mil y Una Muertes (A Thousand Deaths Plus One), spoke afterward about the importance of Nicaraguan intellectuals and writers telling their country’s history from their own perspectives–rather than only allowing that history to be told from the outside.

But news from Nicaragua this week suggests that intellectuals and writers may not be the only Nicaraguans writing or making history. 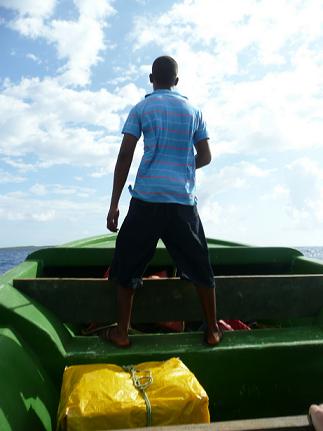 TIME Magazine is reporting that an indigenous group along Nicaragua’s Atlantic coast has called for secession from the country. Journalist Isidro Hernandez explained:

“Frustrated by broken promises of autonomy and generations of exploitation by outsiders, traditional leaders on the rural Atlantic coast are calling for a clean break from Nicaragua and the creation of the Communitarian Nation of the Moskitia (named after the region’s indigenous people).”

The indigenous groups of the coastal region have historically been geographically, socially, politically, and economically marginalized.

Two weeks ago, Hernandez continued, indigenous leaders approved the call for secession, and sent a message to the leftist government of Nicaraguan President, Daniel Ortega, telling him that if the secession is not granted, their group is prepared to fight for their freedom.

The indigenous leaders also sent a letter to the United Nations in which they requested support and protection, expressing their belief that they are living in a state of emergency.

The call for secession poses a unique problem for President Ortega, who claims to have indigenous blood and who has supported secessionist movements around the globe, including those in former Soviet republics and a relatively weak Puerto Rican independence movement. To date, President Ortega has not commented publicly on the secession movement gathering momentum in his own country.

To keep up with developments on this issue, you can visit Nicaragua’s Spanish language newspaper, El Nuevo Diario, or its English language paper, The Nica Times, both of which are online.

Tagged
News Activism Nicaragua
What did you think of this story?
Meh
Good
Awesome

4 of the coolest day hikes up volcanoes in Nicaragua

Brave New Travelers: Special in our own ways