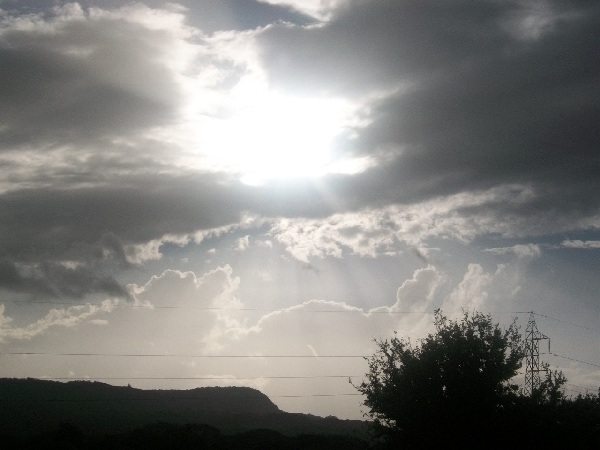 Prescilla Ramirez is seventeen years old and a senior at Lionel Wilson College Prep, a charter school in East Oakland, CA. She was one of 11 students who received the Matador Travel Scholarship and traveled to Nicaragua this summer with a non-profit organization called Global Glimpse.

I ALWAYS KNEW that there were poor people that lived in horrendous environments. Reading about it is something, seeing it is something that words could not even come close to explaining. Last summer 2009, I went to Matagalpa, Nicaragua. I went through a program called Global Glimpse with a scholarship from MatadorTravel.

When we got off the plane, I realized how different it was compared to the US. As a Mexican American, I realized that Nicaragua had an environment that was affiliated with the Mexican culture. On the ride to lunch, we passed through Managua, the capital city of Nicaragua. As I was looking out the window, I saw that there were some people living in plastic bag houses. It was strange to see this happen in the capital of the country.

My immediate thoughts were that Nicaragua was a place where there was extreme poverty. Soon after, the coordinators of the program told us that they were on a protest that has been going on for years against foreign companies using pesticides.

When the coordinators gave us a tour in Managua we found ourselves in a situation that was unpleasant and extremely heartbreaking for many of us. As soon as we got off the bus, there were kids around 11 years old that were either begging for money or selling figures made by long leaves. It was devastating to see that kids had to be the ones getting their own money by their own means.

It made me sad to see the lifestyle of the children in the capital of a nation so pretty and green like Nicaragua. It made me reflect on how my father had to work since he was five to get something to eat. However, I was disappointed to see kids begging for money instead of being in school. Sometimes I even asked myself, “Where are their parents?”

I was raised to work for what I want and it seemed unreasonable to see some work for money while others just asked for money. I even saw a kid that looked like he had gangrene in his leg and was still working to get money.

Seeing this 6-year old in these conditions working for money made me want to cry. These living conditions made me cry of how sad and angry I was with society, with the government, with their parents, and especially with myself for letting this happen. 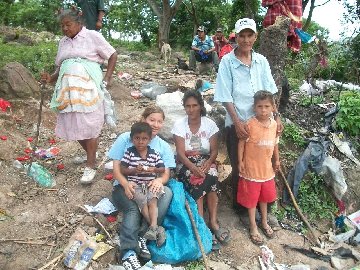 Lunch was held in a shopping center. They had clothing stores, shoe stores, a movie theater, and other types of stores. Towards the middle of the day, I noticed the difference in communities when we were going to Matagalpa.

Going to Matagalpa I saw how the company buildings turned into little houses. The people were wearing different clothes. I saw that there were more farms and farming machines on the sides of the road.

The coffee trees on the farms were tall and green with little buds of coffee. Everywhere I turned I saw exotic flowers I have never seen before people’s hair as well as children with darker skin. But what I really enjoyed doing was the activities we did with the organizations we visited.

One of my favorite organizations in Nicaragua was Las Hormiguitas. This organization helps people in poverty by providing them with food, clothing, and education. That day we went with them to the city dump. At the city dump we had the opportunity to interact with the people.

We interacted through games, teaching them how to multiply, talking to them, and breaking a piñata. We had to first keep our distance in order to not get them alarmed. During the time I was in the bus, I saw how the people were digging through the garbage looking for something to eat or something useful.

I saw how there were people fighting with cows in order to obtain something they valued with their life. It was shocking to see people digging through what I thought was trash. There is no doubt that one’s trash is another person’s treasure. It made me think about so many things I take for granted and how I could give it to someone else and it will make their day.

I do have to say that I am fortunate to be born in America. I am fortunate because of my parents’ wise decision to bring me to a country where I do have more opportunities and resources than another country. 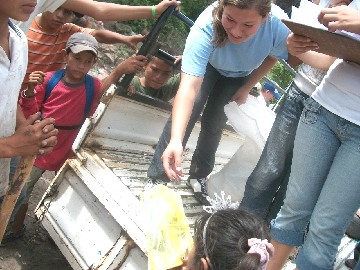 After, we started to unload the mobile school at the dump. In the beginning we did not get as many people, but we did start to make eye contact with the kids. After a while they started to come up to play, learn, or even look at us analyzing everything we were doing.

After a while of teaching and playing, we had a little game of piñata. The kids loved the idea of candy. I spoke to a family that was the grandparents and the grandsons living together at the dump. The man explained his experience and asked if I could take a picture and bring it to California since he couldn’t go and didn’t have any hopes of visiting. His grandsons were 5 and 6 years old and he was well over 50.

Every time a truck passed by us, most of the people left our activities to see what they could find following the garbage truck. Again, it was amazing to me how I could experience what I thought was garbage could be someone else’s treasure.

I was happy that I could help them at least with something in my reach.

Later in the day I had the opportunity to give out notebooks as well as pencils to the kids that attended the mobile school. I was happy that I could help them at least with something in my reach. I couldn’t take them to the hotel I was in but I could certainly give them a good time and school supplies.

This is not the only place where I saw poverty in Nicaragua. I also saw poverty in the streets. I could see the impact poverty can create on someone’s life. Seeing glue on the streets seemed awkward to me until they explained to us that most teens used it as drugs because they couldn’t afford paying for weed.

I see how people as well as I complain that we need this and we need that when we are living like rich people in another country’s eyes.

I feel like when I get my college degree I need to help these people out so we don’t have a huge gap in poverty lines between countries. I will create houses suitable for the type of environment people in poverty are living in and economically affordable.

Do you remember your very first travel experience? Share your reflections with our Brave New Travelers in the comment section below.