The yatsa gonbu, a cordyceps fungus that kills and mummifies its caterpillar host, only extends about an inch out of the ground — nearly impossible for the naked human eye to see. Many Tibetans spend the summer months on elbows and knees, crawling through the grass in search of the elusive sprout. Known in English as Ophiocordyceps sinensis, and in Chinese literally “winter worm, summer grass,” the harvested yatsa gonbus are bought and sold by Chinese traders as “nature’s Viagra.”

This worm-for-cash exchange is one of the strange changes in Tibetan culture that National Geographic photojournalist Michael Yamashita documents in his new book, “Shangri-La: Along the Tea Road to Lhasa.” Yamashita, 63, went in search of the ancient cama gudao — “Tea Horse Old Road” — the route across Tibet and South Western China along which Tibetans once traded the Chinese horses for tea, and met the worm along the way.

Yamashita has collected his photographs from two years’ travels into a 272-page photographic narrative that traces the route, beginning in Jiuzhaigou National Park and running across Sichuan and Yunnan and into the Tibetan Autonomous Region (TAR). 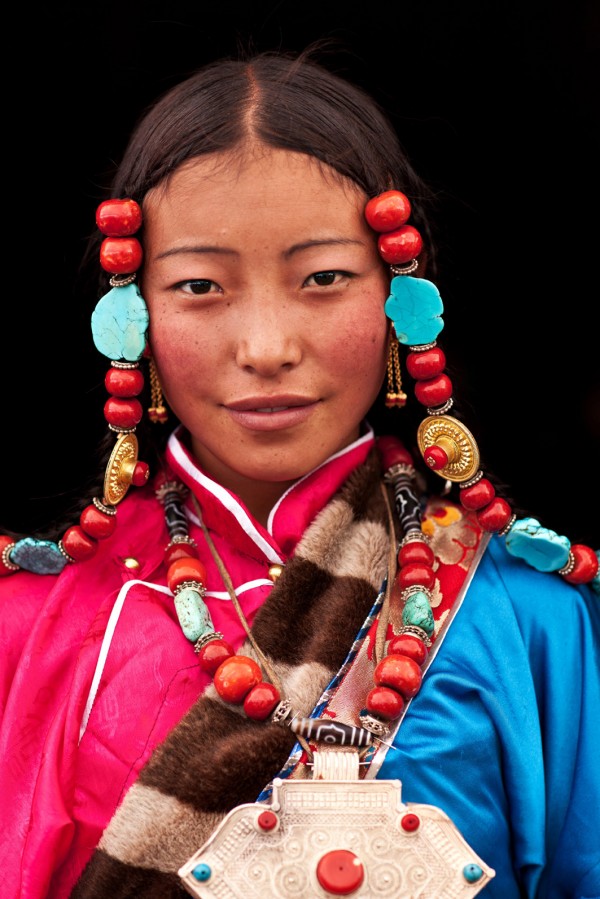 Interspersed with this story of change are images of astounding natural beauty depicting mountains, meadows, monasteries, and many of China’s most vibrant minority areas. Shangri-La comes from Shambala, meaning paradise in Tibetan Buddhism. But these landscapes are fast disappearing.

I caught up with Yamashita in Hong Kong to discuss photojournalism, the benefits of in-flight magazines, and switching to digital.

What led you to Tibet?

I just fell in love with the landscapes, the people, the spirituality.

When did you make your first journey there?

Fifteen years ago. I went to do a story on Joseph Rock. He’s the great geographic explorer who wrote in the 1920s about Tibet and Yunnan, and lived in Li Jiang. Back then there were no tourists. Li Jiang consisted of a town square and little meandering canals. It was beautiful. [Rock’s writings] are the basis for James Hilton’s 1933 novel Lost Horizon. It’s a classic. If you haven’t read it, you should. The book was wildly famous, and led to a movie, Shangri La, and the rest is history.

Tell me a bit about your start in photojournalism.

I just stumbled into it, without a plan other than the fact that I loved photography. My only dream was to take pictures, and somewhere along the line I realized, ‘what a great scam it would be if I could make a living at this!’

I went to Wesleyan for college and studied ancient history, but only because I was interested in my roots. Growing up in America, I was a Japanese-American with no sense of the Japan part of that. So I went to Japan right after graduation and ended up living there for four years in the early 70s, during which time I bought a nice camera and became a professional.

‘Professional’ meaning just sort of hanging my hat out, saying: ‘Okay I’m a professional photographer.’ And then you have to go get the jobs. I was freelancing when I got the big one, which at the time was Singapore Airlines.

Why was that the big one?

Because they had the power and the money. My area was Asia and they sent me to all their Asian destinations. That’s how I made my living for seven years, and then, because I had a portfolio worth looking at and was very cocky, I went back to the States to seek my fortune. I pretty much went straight to [National] Geographic. They liked what they saw, and I ended up doing my first Geographic story in 1979. I went to Hokkaido, it was a big hit, and I never looked back.

Singapore Airlines believed in good photography, and I got tremendous exposure. 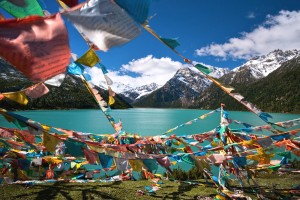 Maybe not, but your work will still reach a lot of people, plus a lot of influential people fly. It’s about building your body of work and portfolio.

This is how it used to work: You’d be published in a certain level of magazine, and that would enable you to make the next step to another, and another.

Unfortunately today, there is very little print left, as you know. So the fact that there even is a physical magazine there… I’m just thinking about it, and the in-flight magazine is not an endangered species. It’s probably a good place to be right now.

Is the book a compilation of many trips?

Yes. Most of the photos have been taken in the last five years. And it is my first all digital book. There are about two or three frames in there that are from film.

I thought I would be the last person to transition. I love film! You’re a master of film, and then suddenly you’re given this new technology and asked to get behind it? So I was a fairly late changer, around 1995. I had an assignment for a book of aerial photography on New York, and I took my entire film budget, which was about $15,000, and spent it on a digital camera and more flying time. Under the pressure of the book, I had to familiarize myself with and become adept at using the new technology. Now that I am, I wish I had changed earlier, because it’s much simpler.

There are many advantages to digital. And I think the photographs [in Shangri-La] really sing. There’s a quality to them, a glow, that’s different than film. There’s a vibrancy to the color there that I find to be very rich.

Working on this book! Northeast Sichuan is where I heard of the cama gudao. For almost two thousand years, Tibetans have been trading the Chinese tea for horses. So I followed that story, and it was very popular. And while I’m working on that, I run into the guys with the worms! I thought, isn’t this perfect? It’s a story about the Tibetans having no more horses to trade, and instead, trading worms for their tea. There is this connection between all of these things. One leads to another.

You mentioned that the Chinese pay up to fifty USD a worm. Is the influx of fast money a good thing or a bad thing for Tibet?

Oh, it’s a good thing. It’s not making anybody wildly rich, it’s giving them a chance at a middle class life, and just catching up with the outside world. Now they can afford motorcycles. The bad sides are that it’s a dwindling resource, that there’s always a lot of fighting where there’s money involved, and that they’re tearing up the grassland, although there are groups out there trying to teach them how to take the worms without damage.

What makes the book interesting to a foreign audience right now? 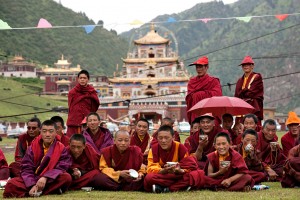 The landscapes in this book are going fast. And I’ve witnessed it. A lot of this was photographed in Sichuan and Guangzhu and Yunnan because those areas of greater Tibet now look more Tibetan than the Tibetan Autonomous Region. China has concentrated on China-fying the TAR. The nomads have been resettled and moved into housing. They’re lifestyle is changing. Indeed they’re losing huge chunks of their culture.

Kanding, which was once the gateway to Tibet, has become very much a Han tourist town, and the Tibetan presence there is limited to entertainment for tourists.

When you’re taking your photographs how much modern development do you keep in the frame?

I shoot it all. But my kind of story is not modern China. I’m interested in cultural stories and historical preservation — things that are disappearing. I’ve been doing this since 1982 and have this huge collection of photography that’s pretty much a history of the last 30 years. My collection has many photographs that can’t be taken anymore. If I have a legacy, it’s that I’ve been able to preserve a country fast disappearing and won’t exist in five years or ten years. Everything is changing so rapidly.

Isn’t it hard for journalists to gain entry to Tibet these days?

Very. Under the circumstances, I was very fortunate to have finished the project in the last year. Since the Olympics, there have been interruptions and riots, and China shut down Tibet for almost a year. I was waiting in the wings, shooting everything but Tibet, just waiting to get permission, which I finally did. Now it’s even more difficult.

What are you going to do next?

The Grand Canal, the longest canal in the world. The longest man-made waterway. Again, it’s the mix of history and change. I’m always looking for the next story and they’re getting hard to find.