14:22 Mar 7, 2018
Top Countries
Top CitiesView All Destinations
Trending Countries
Trending Cities
Load More
America, and the rest of the world, have some choices to make. 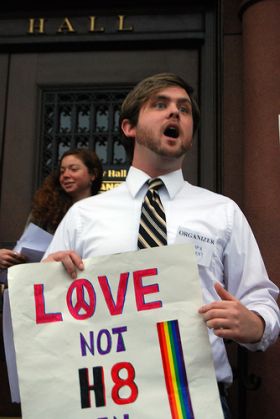 As I read the news coverage of the California Supreme Court upholding Proposition 8, which bans same-sex marriage, I couldn’t help but think about a short piece I came across the other day.

The title was What Should America Become? and came from the blog, A Couple of Things. The author(s) gave these options for the future of the country:

A. A softie nation who invites terrorists to bomb us with immunity?

B. A softie nation on the outside but some thugs ready to beat you secretly (if possible).

C. An angry nation where citizens can be picked on by high taxes so others can get free things.

D. An angry nation where there is no minimum wage and where you can dump dioxin in the river or street.

E. A scared nation who kowtows to any complaints.

F. A bully nation who invades any country it doesn’t like and is willing to have hundreds of thousands of troops dead in order to take over a country.

G. A lawsuit nation where anybody can sue and lawyers can shape the country.

Really, are these our only choices? 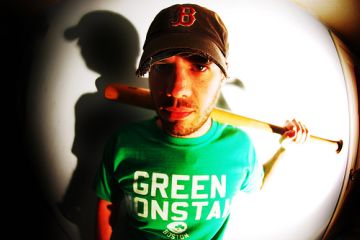 We are at a time in history where many countries throughout the world are having to decide a different course when it comes to their politics, human rights, and environmental choices.

The United States has employed obvious contradictions that are apparent in recent political decisions, such as Prop 8.

Yet I wonder, what is with the black and white mentality? Of course there are no simple answers to dealing with terrorism, economic collapse, healthcare, or turning back time on a polluted Earth.

But what about contemplating how some of our actions have, and continue to, instigate terrorist activities? And what if our taxes went to things like free higher education and healthcare so that a good chunk of the nation wouldn’t be saddled with loan debt?

Or how about a real move internationally toward sustainable forms of energy so the government can’t come out with a bogus reason to go to war?

On her blog, Jennifer Jones posted a quote attributed to Buddha that I think fits these dilemmas nicely:

The thought manifests as the word. The word manifests as the deed. The deed develops into habit. And the habit hardens into character. So watch the thought and its ways with care. And let it spring from love, born out of concern for all beings.

What if we moved from a place of concern for ALL human beings, not just the ones in our family, community, or country? That might actually lead to a completely different train of thought as compared to soft vs. hard, angry vs. scared, bully vs. victim. It might lead to a simple respect for all beings.

And I sit with the thought that this respect might reach across the boundaries of faith and belief, and allow that everyone should be able to love – and marry – who they want.

Tagged
Culture Activism United States
What did you think of this story?
Meh
Good
Awesome

Small independent ski areas are the place to ski this year

Motels are making a huge comeback, and these are 10 of the coolest in the US

In the South, pineapple is a welcome addition to Thanksgiving dinner