Parm Johal is the founder and editor of Desi Globetrotter, an international travel blog with a focus on independent travel through a South Asian lens. Based in Vancouver, Parm is a freelance travel writer with articles published in Conde Nast Traveller India, Huffington Post Canada, AsiaRooms.com, Mybindi.com, and MasalaMommas.com. Parm’s favourite travel moments include backpacking solo in Spain and Portugal, exploring the streets of Mumbai, and experiencing the magic of travel with her husband in Turkey, Europe, Thailand, Japan, Argentina, and Uruguay.

Bani Amor: Tell us about yourself. What do you do and how would you describe your work?

Parm Johal: I’m the founder and editor of Desi Globetrotter, a travel blog with a focus on independent travel through a South Asian lens. My travel articles use Indian cultural references, slang, pop culture, Bollywood, and a bit of humour to connect to Indian travellers around the world. My passion for travel writing began when I launched Desi Globetrotter in 2012 — really from a need to find a creative outlet around my passion for travel.

My second passion is arts and culture — I’m also a full-time arts programmer at a community centre near Vancouver, BC where I plan and develop arts-based workshops, build community partnerships, plan community festivals, and organize public art and community art murals. My two passions intersect when I travel — I love checking out the local street art scenes when I’m travelling, whether it’s in Buenos Aires or Havana. I’m very grateful for finally designing the life I want and following both of my passions.

Bani: That’s awesome! What prompted you to start Desi Globetrotter in the first place?

Parm: I felt there was no travel blog online that really spoke to my experiences and interests as a South Asian traveler. Although I’m born and raised in Canada, I still have a very strong affiliation to my culture.

I’ve been inspired by travel bloggers worldwide, but there are very few travel blogs written for a South Asian audience. Although the spirit of travel is universal, the way we view the world is often defined by our cultural background, and many young South Asians tend to struggle with their Eastern traditions and Western upbringing. For example, a gap year, where you take a year off to travel after high school or university is a common concept for Westerners, but not for South Asians. Try explaining a gap year to Indian parents — good luck! Desi Globetrotter aims to bridge that gap and be an online travel resource and a voice for South Asian travellers.

For instance, when I was in the souks of Fez, Morocco, seeing an Amitabh Bachchan (legendary Bollywood actor) DVD being sold on the streets is what caught my attention. I would not have read that in a mainstream blog. Also, when I was Buenos Aires, I read about a Sikh temple in northern Argentina. No mainstream travel blog would cover that. Nor would they cover how Turkish kemal pasha dessert is very similar to Indian gulab jamun. Desi Globetrotter readers are wanting to read more targeted content — and Bollywood, Indian food, and similarities in cultural traditions is what helps bridge that gap.

Bani: I feel that. When I’m traveling, I’m always looking for other Spanish speakers, and get super excited when I meet other Ecuadorians!

Parm: I guess it’s that connection we’re after. 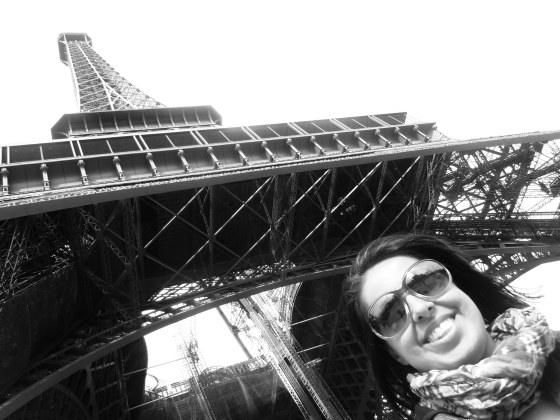 Parm: The other reason for me starting Desi Globetrotter is that all eyes are on the Indian globetrotter as well as the Chinese tourist. South Asians from India are travelling more, and young Indians especially are looking for independent, non-packaged options as well.

They are connected, tech-savvy and very different from their parents’ generation. My parents for example barely travel and I know they are uncomfortable eating non-Indian food or venturing outside their norm. Millennial South Asians are exploring cultures, eating like the locals, and trying to understand the local cultures. But slowly the parents’ generation will evolve a bit as well.

Bani: But isn’t there a part of South Asian culture that’s always been about travel? Hasn’t there always been someone in each family who has traveled abroad, and some who’ve stayed abroad?

Parm: Yes, immigration or studying abroad for school has always been a part of our culture. Come to Canada, the US, or the UK and you’ll see that South Asians have made a home in these countries. Vancouver has a long history of South Asian pioneers making their way here since as far back as the early 1900s.

My dad came to Canada in the 1960s and my mom in the 1970s. Back then it was always about travelling to make a better life, working hard, and sending money back home.

Bani: Did these earlier generations of travelers influence you at all?

Parm: No, I don’t think the earlier generations influenced me, but what did was two things — 1) independence and growing up — leaving my small town for the big city of Vancouver to go to university, and earlier travels with my mom to visit family in the UK and India when I was young. 2) Growing up in a small town in the ‘80s where there was a lot of racism.

When you’re 18 and in small town BC you have to leave, and thankfully I came to Vancouver — a very multicultural city. Although racism can still exist here, it’s more covert, and going to university and meeting so many new people was awesome. Many of my close friends were an influence in my travels. That’s where I came across the idea of a gap year. Trying to explain to my parents that I wanted to work on cruise ships was tough! They were like, “What?!”

In terms of issues that people of Indian descent face when traveling, I would say there are lots of stereotypes like those I mention in my post 9 Things Not to Say to Indians When Travelling or Anytime. Things like, “Do you Speak English?” or “I heard Indians smell bad because they eat a lot of curry,” or “Did you have an arranged marriage?” It’s okay to ask questions out of curiosity, but I find the way it’s asked is almost always insulting.

Bani: So fucked up!

Parm: Yes, sometimes I’m so dumbfounded that I don’t even have a response, and then I’m kicking myself afterwards. I think now with the world forever changed by technology, POC have a voice more than ever and can help shape and change those perceptions.

Bani: Especially when it comes to travel media. White people are just the gatekeepers in most industries and they get to tell the world’s stories. Even good white travel writers can’t speak up on things you or I talk about. It’s specific to our experiences as POC. And it’s saddening that most travel media is specific to white people’s experiences. It locks out all this potential.

Parm: Yes, that’s exactly it. Although I’m a newbie in the travel writing world, I’m trying to educate myself on how to use words properly and in context. I never know if using the word “exotic”* is ever appropriate. There’s also another dynamic as well — I’m born and raised Canadian. I didn’t grow up in India. I never faced the hardships my parents have, so I do come from a place of privilege. But I’m still viewed as a minority and my skin colour, name, and interest in South Asian culture puts me at a disadvantage.

Bani: Same. I’m from the States and living in my fam’s homeland, Ecuador. It definitely puts privilege in perspective. It’s uncomfortable to be lumped in with these other USian expats who are white and way privileged. Yuck.

But folks like you and I are becoming the majority in many first world countries. Looking around, our stories are mad normal to me, not some sort of exception to the dominant narrative. I just think we need bigger platforms for talking about these specific experiences — traveling abroad as POC.

Parm: Yeah, I hear ya. Even when I visit India, locals there have a way of just picking up that I’m Canadian. As a travel writer I didn’t even flinch when pitching to Conde Nast Traveller India — I didn’t even think of pitching to the US version. 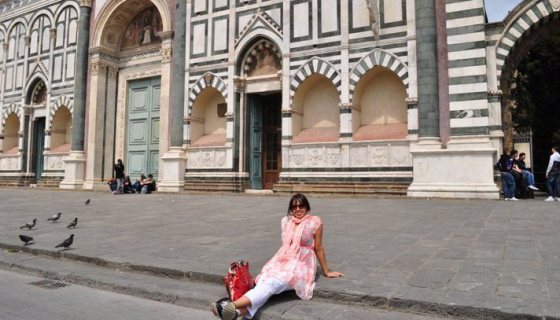 Parm: We need to start a POC travel conglomerate. The tourism boards are picking it up and are going more targeted. It just sometimes ends up being more about $$$ POC tourists bring than the stories themselves. In local Vancouver media, every summer during tourism season the media picks up on how much money was spent locally by Indian and Chinese globetrotters and they then speculate whether the numbers are up or down.

Bani: Yup, at the end of the day, it’s all about money. This is why travel writing vs straight-up tourism propaganda is brought up so much these days. And at times, I think POC travelers should be especially wary of who they’re throwing money at, because colonialism and neo-colonialism have fucked with our histories most and it’s intricately tied up with tourism.

Parm: Yeh, neo-colonialism is still very much intact. I always feel stuck with this — on the one hand, my blog is geared toward South Asian travellers and I want to work on opportunities that come with working with mainstream travel brands that can help out my readers, but at the same time I want to be careful in what info I’m putting out there.

I just try to be as authentic as possible and talk about my experience in that moment rather than trying to speculate on another culture. Colonialism and neo-colonialism are so complex and so ingrained that sometimes people aren’t aware of it. Voluntourism can also be a form of neo-colonialism.

Parm: Part of it is what we’ve been fed in the media, and part of it is the education systems in the West. With the world so connected right now and people learning from other cultures without borders, it helps to bring out our stories more to enhance understanding.

I would like mainstream travel media to listen and observe and to peel back the complex layers, histories, and experiences of POC as travellers and travel writers. To give a balanced view of the world, these voices need to be heard.

*Use of the word “exotic” denotes Othering language, turning the subject into the foreign, often inferior “other” and the user as “normal”, common, accepted.

This interview originally appeared at Everywhere All The Time and is republished here with permission. All photos are courtesy of Desi Globetrotter.