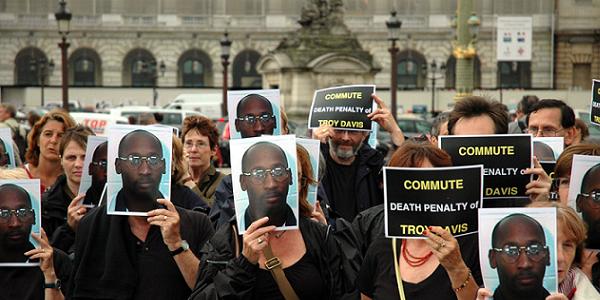 A protest against the death penalty in Paris. Photo: World Coalition Against the Death Penalty

This week, the African nation of Togo became the world’s 94th country to abolish the death penalty for all crimes.

In other countries, however, Amnesty International reports the death penalty abolition movement is gaining support, and they signal Togo legislators’ unanimous repeal of capital punishment earlier this week as the most recent proof of this trend.

Togo is the 15th African Union member nation to abolish the death penalty for all types of crimes, though it’s not likely to be the last: Mali is considering a similar move.

To see a full list of the countries that reject the death penalty as a form of punishment for all crimes, click here.