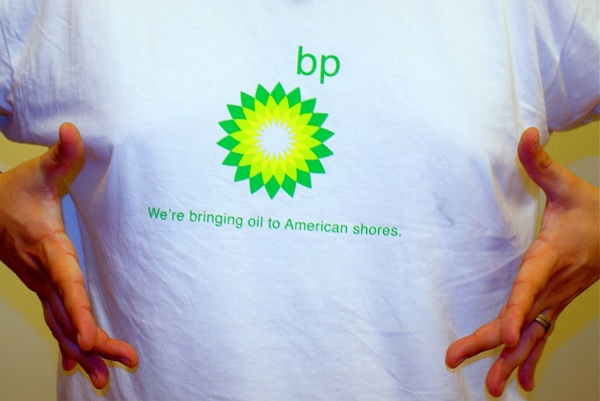 If @BPGlobalPR seems absurd, he’s trumped only by BP itself.

And I’m not just talking about in the Gulf.

Someone from the petroleum giant’s public relations team failed to snatch up all the possible account names that could be established for the company on Twitter, and left one of the most obvious ones of all for the person behind @BPGlobalPR to snag.

It’s probably no big surprise that the “real” BP account, @BP_America, had a measly follower count of just 6,700 late this week (as of this writing, it’s topped 8,000), while @BPGlobalPR’s followers numbered more than 84,000– after all, how can an oil company really establish an authentic social media conversation when it can’t even use traditional media to convey an honest portrayal of itself?

@BPGlobalPR, on the other hand, has spent the past week calling BP out for its negligence that precipitated the oil spill and its relative ineptness at getting the spill under control.

Proud to announce that BP will be sponsoring the New Orleans Blues Festival this summer w/ special tribute to Muddy Waters. #bpcares

What a gorgeous day! The ocean is filled with the most beautiful rainbows! #yourewelcome #bpcares

Just woke up from a terrible nightmare. I was driving a Prius and I kissed my wife on the lips. #bpcares

We plan on spending millions of dollars to fix this mess. We also plan on jacking gas prices so high that you’ll wish you never complained.

Lots of people blaming this on Bush or Obama. Pph, we wish. The truth is Presidents don’t have any control over what we do. #bpcares

This horrible spill wouldn’t be happening in the gulf of AMERICA! Arizona knows what I’m talking ’bout!! #fistpound #bpcares

Want to know what you can do to help the Gulf? Read Nancy Harder’s article about donating your hair to absorb the spilled oil–yes, really.

Canadian Mounted Police fined seven US visitors $1,200 for hiking in Banff NASA releases epic 10-year timelapse of the sun Portugal will not be welcoming US travelers after all This new tourist train will take you through the most beautiful parts of England This Italian village is offering visitors free accommodation this summer