The city streets of Santiago, Chile, particularly the main Alameda that runs east-west through the city, is free of vehicular traffic. In fact, it’s been like that for two days. Last night when I was riding home from a friend’s house, the only signs of anything or anyone was the far-off smell of burning garbage and the close-up tearing of my eyes, as my bike kicked up the polvillo, or fine dust left behind from the teargas canisters frequently deployed by the police to break up crowds of protesters. 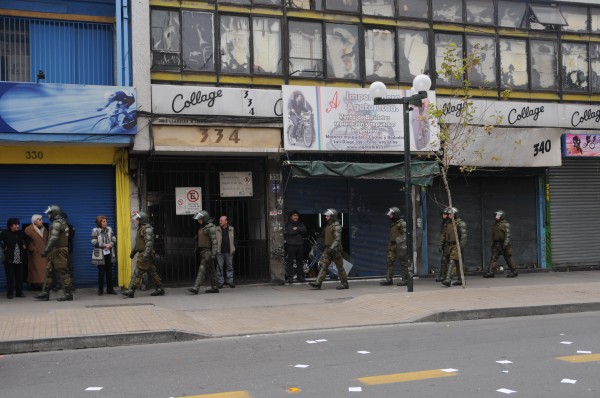 Police in riot gear along the street San Diego.

The fact that the US embassy issued a warning to Americans living in Santiago to stay out of downtown during the two-day paro nacional (national strike) didn’t stop a number of foreign tourists from making tracks downtown yesterday. I saw Americans, French, and several groups of Brazillians, one of whom asked me if it was a holiday due to how empty the streets were. It didn’t stop me from being in downtown Santiago, either, both because I want to see what’s happening and because I live here. See a related article in the Observatodo which surveys the situation and the security notice issued by the embassy, and the fact that many expats are ignoring the warning. 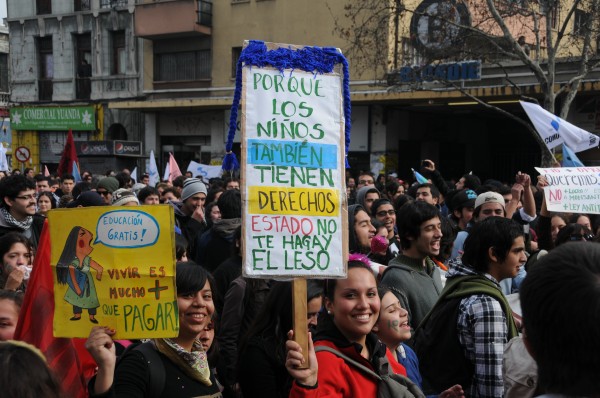 Two demonstrators marching for their children.

What’s happening is a two-day work stoppage called by the CUT, or the Central Unitaria de Trabajadores, a major worker’s party organization throughout Chile. In solidarity with the three-month old student’s movement which has immobilized education throughout much of Chile and which seeks educational reform, at the high school and university level, the CUT called for a national strike, a freeze of sorts, to include public employees, transit workers, and others. The goals are broader than educational reform, and seek labor reform, such as a shorter work day, and even a rewriting of the national constitution, which has been in place since implemented by the Pinochet government on its way out as democracy returned in 1989. And it’s definitely not just students. Below you can see construction workers along the route joining in from their work site. 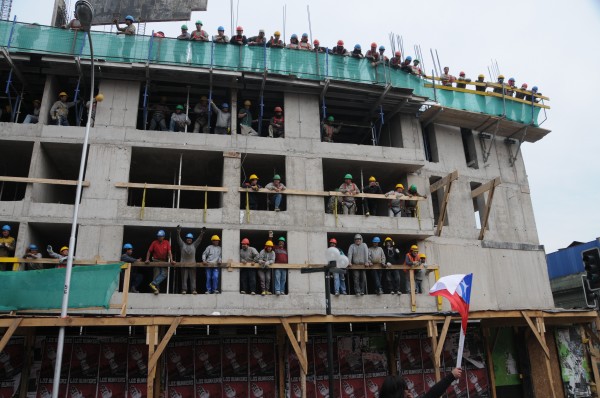 On Wednesday, the two-day strike was already in full force, with reduced bus service, and near ghost-town conditions in downtown Santiago by 5PM. By 8PM, you could hear the clink of the cacerolazo (pots and pans protests, people lean out their windows or go to the street to hit pots and pans with spoons and pot lids) through downtown and into Bellavista, the heart of downtown nightlife in Santiago. Ñuñoa (a middle to upper-middle class district about four miles away) reported heavy cacerolazo activity, as it has for the last couple of weeks most evenings. For today (Thursday), four different short marches were convened in various points around the city, meant to join up at a point west of downtown that marks the juncture of Barrio Brasil (considered a bohemian neighborhood, with old architecture, cobblestoned streets, and a healthy number of bars and pubs) and República’s Barrio Universitario, where many universities and institutes (like trade schools) have their main buildings. 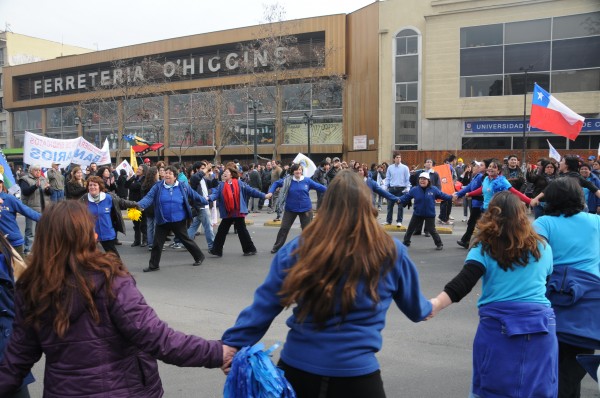 Kindergarten teachers demonstrate along the Alameda.

But things don’t always go as planned, and the protesters, with their vuvuzelas, signs, dogs, children, and clever moving sculptures, have pushed farther east, occupying the area between the La Moneda and Los Heroes metro stops. Today, the scene is much more frenzied, with thousands of protesters, strong police presence, and many streets being barricaded, attended by police in riot gear. In my apartment downtown, I can’t answer the questions of a French journalist who wants to know what it’s like to live in Chile without closing the double windows, because the helicopter flyovers are too loud. 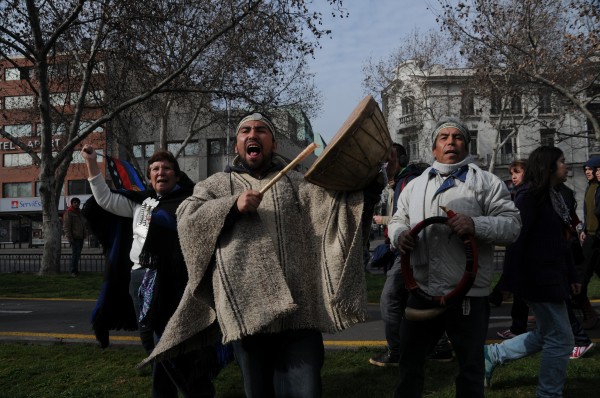 Mapuche protesters join in. The Mapuche are an indigenous people from the south of Chile, but these protesters live in Santiago.

From past experience, it stands to reason that this protest will end in violence. We fully expect teargas, water cannons, and injuries on the side of the protesters and police, and none of us would be surprised if we suffered blackouts tonight. And in spite of all that, hundreds of thousands of people take to the street to demonstrate today, and for the past few months, for better access to education, for political and workplace change. These are said to be the biggest protests since the dictatorship, and I recently got a comment on my blog from someone in the Czech Republic asking where it was all going so he’d know where it might end up in his country, which he figures is similarly positioned. The truth is, I don’t think anyone knows. 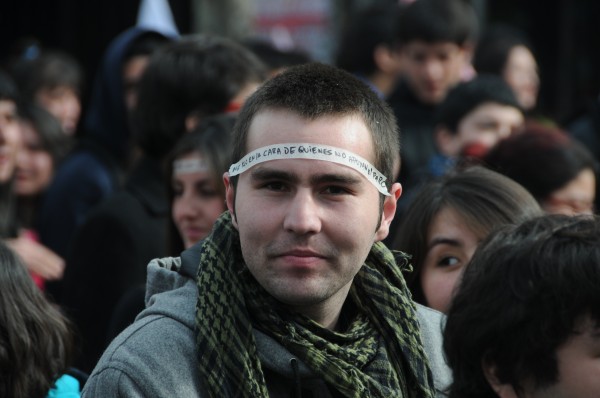 I laugh in the face of those who don't support the strike. 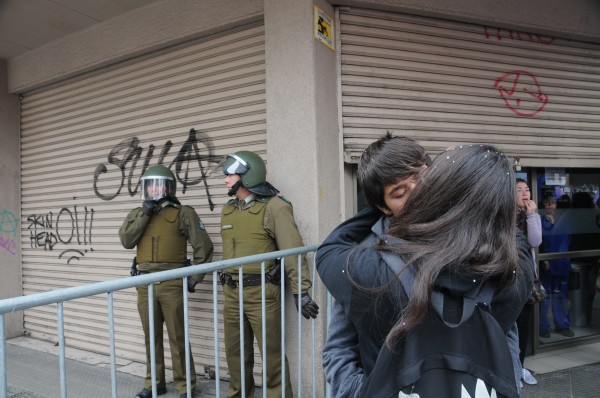 Tagged
Travel Santiago, Chile
What did you think of this story?
Meh
Good
Awesome