As Matador reported on May 6, the case Wiwa v. Shell was scheduled to be heard in a New York City federal court on May 27. The case–almost 15 years in the making–involved Nigerian plaintiffs who suffered human rights and environmental abuses at the hands of Royal Dutch Shell, the mega-oil magnate extracting crude in the Nigerian Ogoniland.

But on May 27, the case was dismissed, rescheduled for today, June 3: 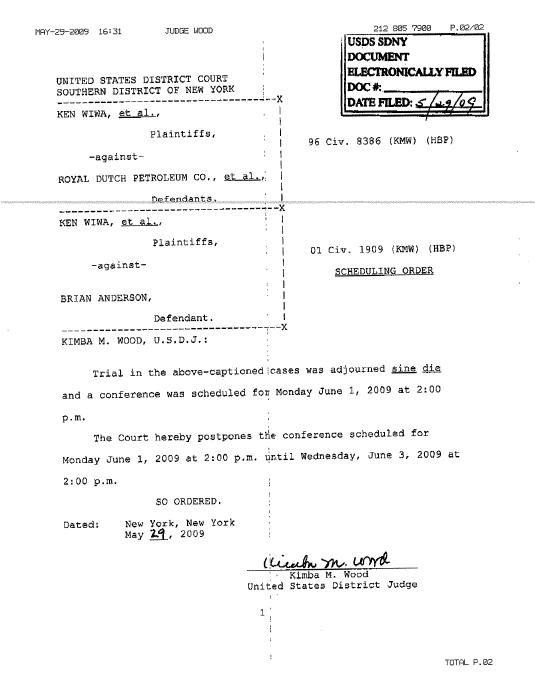 And then, this afternoon, Judge Kimba Wood decided the trial would be adjourned indefinitely: 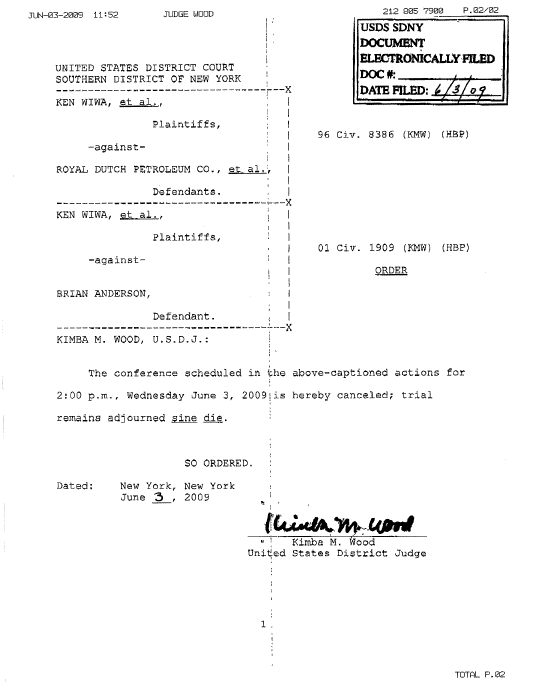 What do these documents mean?

Initial unsubstantiated rumors indicated that Shell may have agreed to settle the case out of court by offering financial reparations without ever actually admitting, much less accepting, any responsibility for its role in the deaths of the activist Ken Saro-Wiwa and others, as well as other human rights and environmental violations.

But as of 5:30 PM EST this afternoon, Riptide Communications circulated a press release explaining that Judge Wood actually:

Attorneys at the Center for Constitutional Rights declared the decision a victory for the Nigerian plaintiffs, but one has to wonder if the plaintiffs themselves see it that way. Regardless of the information they obtain to add to the mountain of evidence that already exists to prove Shell’s misdeeds, the fact that no future trial date has been scheduled seems to signify not a victory, but rather another disappointing delay in the long wait for justice.