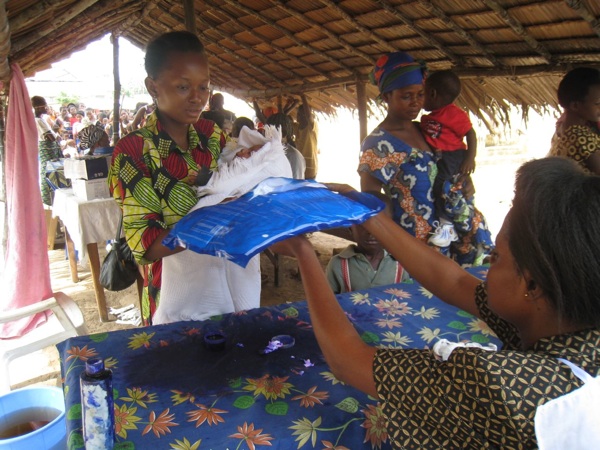 A woman receives a bed net to protect her from mosquitoes bearing malaria and other diseases. Photo: Ixtla

A few years ago, while living in Puerto Rico, my husband and I both spent a week bed-ridden with dengue fever. Imagine feeling the symptoms of every illness you’ve ever had–simultaneously–and you’ll begin to understand how terrible that week was.

Dengue is just one of many mosquito-borne illnesses, which are especially common in tropical climates. Another common mosquito-borne disease is malaria, which threatens half the world’s population according to the World Health Organization.

Every year, more than 200 million experience malaria; of that number, almost one million die.

The Gates Foundation, one of the world’s most active proponents of malaria prevention and treatment, believes that this disease can be eradicated.

While the research it funds is focused on preventing malaria through vaccination, an important intervention that’s available now is the bed net.

“Every year, more than 200 million experience malaria; of that number, almost one million die.”

The Gates Foundation noted in January 2010 that bed nets have had a positive effect in reducing the total number of malaria cases and deaths. According to the Foundation, “Rwanda has seen a 45 percent decline, Zambia 50 percent, Cambodia 50 percent, [and] Eritrea 80 percent” since the Foundation introduced a concentrated effort to distribute nets widely. 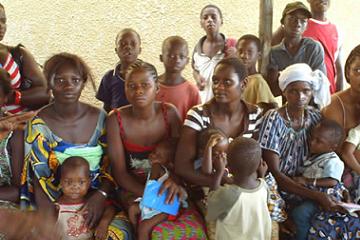 Photo: Nothing But Nets

Today, as part of World Malaria Day’s awareness efforts, Nothing But Nets, one of the best-known non-profits working on malaria eradication through mosquito net distribution, is inviting you to help ensure people in malaria-prone areas have access to nets. You can purchase a $10 net or start planning a “sleep out” for next year’s World Malaria Day using the information and promotional tools available on the NBN site.

Want to learn more about the malaria vaccine that is current in the research and development phase? Matador’s resident doctor, Erik McLaughlin, offers an overview in “In Search of a Malaria Vaccine: What Travelers Should Know.” [Note: Statistics in the introduction of that piece have since been updated by the World Health Organization.]

Do you get vaccinated before you travel? Matador editor Tim Patterson doesn’t– and identifies nine other travel risks worth taking. Join the conversation!

Scientists to dive into an unexplored ‘blue hole’ at the bottom of the ocean
This map shows how weak US passports are right now
This small and remote Scottish island is looking for new residents
This 136-day cruise around the world will take you to 27 countries starting in 2021
Paris is full of fake buildings hidden in plain sight. Here is where they are.