Ever want to wrangle a rhino? Go to Swaziland and volunteer at the Mkhaya Game Reserve.

In the Mountain Kingdom of Swaziland you’ll find the Mkhaya Game Reserve. It is one of the few places in Africa where you are practically guaranteed to see a rare black rhino in the wild.

The park is sanctioned by the World Wildlife Fund and, for a very reasonable price, an ecologically minded traveler can assist with the important work of rhino conservation.

Ecovolunteers are expected to book their own travel. Once in Johannesburg there are frequent short commuter flights to Manzini, Swaziland. Once there you will be picked up, most likely by Carrie Reilly, the wife of the park’s manager.

It’s an hour ride to Mkhaya, located between Manzini and Big Bend, in the center of Swaziland. An eco-camp is set up near the park’s guest lodge, where you are shuttled upon arrival.

For at least the next two weeks your home will be a roomy, canvas tent pitched by the dry river bed, just below a common cooking and dining area. 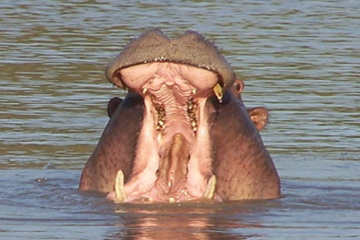 When I arrived there was no time to unload my gear before a radio call had Carrie taking us out into the low veld to assist her husband in doctoring a sick eland.

It was several hours past dusk before I was able to catch my breath, but I loved the fact we were out on the ground immediately.

It was an intense and bittersweet start. A mother eland, who’s ears had been eaten away by a tick born disease, was successfully transported to a corral and released back into the wild a few weeks later, her four month old calf, however, did not survive Mr Toad’s Wild Ride from the field to the boma.

The experience is very intimate; there are usually only one or two volunteers at a time unless you book as a group.

Mick Reilly, the third generation of Swaziland’s first family of conservation, will make certain you are on hand for any important wildlife translocation or captures.

I helped set traps for hippos on a nearby sugar plantation, transfer sable antelopes to new pastures for breeding purposes, and wrangle a three year old male white rhino for relocation to a new game park in South Africa.

What You Need To Know

Participants need to be in good physical condition, speak English and be able to handle the heat if they are coming during the Southern Hemisphere’s summer (December through March).

While in camp all cooking, cleaning and domestic chores are the sole responsibility of the ecovolunteers. There is no hot water, no use of mind altering substances while in the park, and no wandering without a guide or ranger.

The costs are reasonable and structured to encourage people to stay more than the minimum two weeks. The longer you are in Mkhaya the less they charge, throwing in the fifth week for free.

Including airfare from the States, my bill for a one month stay came to $2600. If you are coming from Europe the travel expenses will be less.

The project can be found through www.ecovolunteer.org. Search under either location or species, and you will find a full description of “Rhinos in Swaziland”, including costs, requirements, background on Swaziland, rhinoceros basics, and information on how to book. For more information on Mkhaya go to www.biggameparks.org. 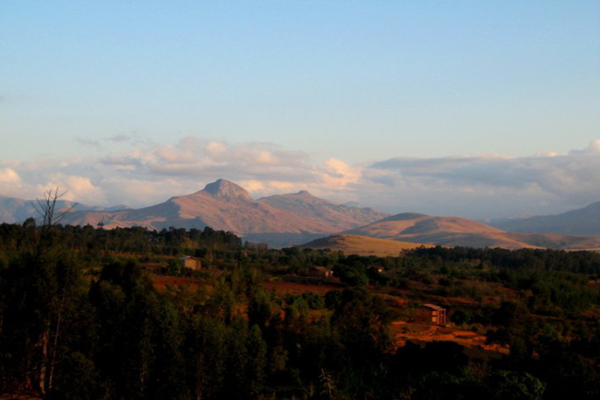 For me, working on the Mkhaya Game Reserve fulfilled a childhood dream to travel in Africa and interact with the wildlife.

What was more amazing were the relationships I made and have kept with the Swazi people. As a rangeland ecologist I enjoyed an intimate connection with others committed to ecological goals. I even returned briefly three months later.

Turns out Swaziland and I are siblings of a sort; the country declared it’s independence from Britain on September 6th, the day I became the fourth member of my own clan. Nothing better than having a date with a black rhino named Shaka on your birthday.

The rangers gave me a siSwati name: “Bongiwe” – which means “grateful” in their language.

Tagged
Travel Swaziland
What did you think of this story?
Meh
Good
Awesome