With its Art Promenade consisting of three world-class museums filled with works by Goya, Velasquez, and other master painters, and its Royal Palace reminiscent of Versailles, Madrid is one of the greatest European cultural hubs. But the city has more to offer than just classic art — the murals and arts centers found in its trendiest neighborhoods make it a cultural capital for everyone. 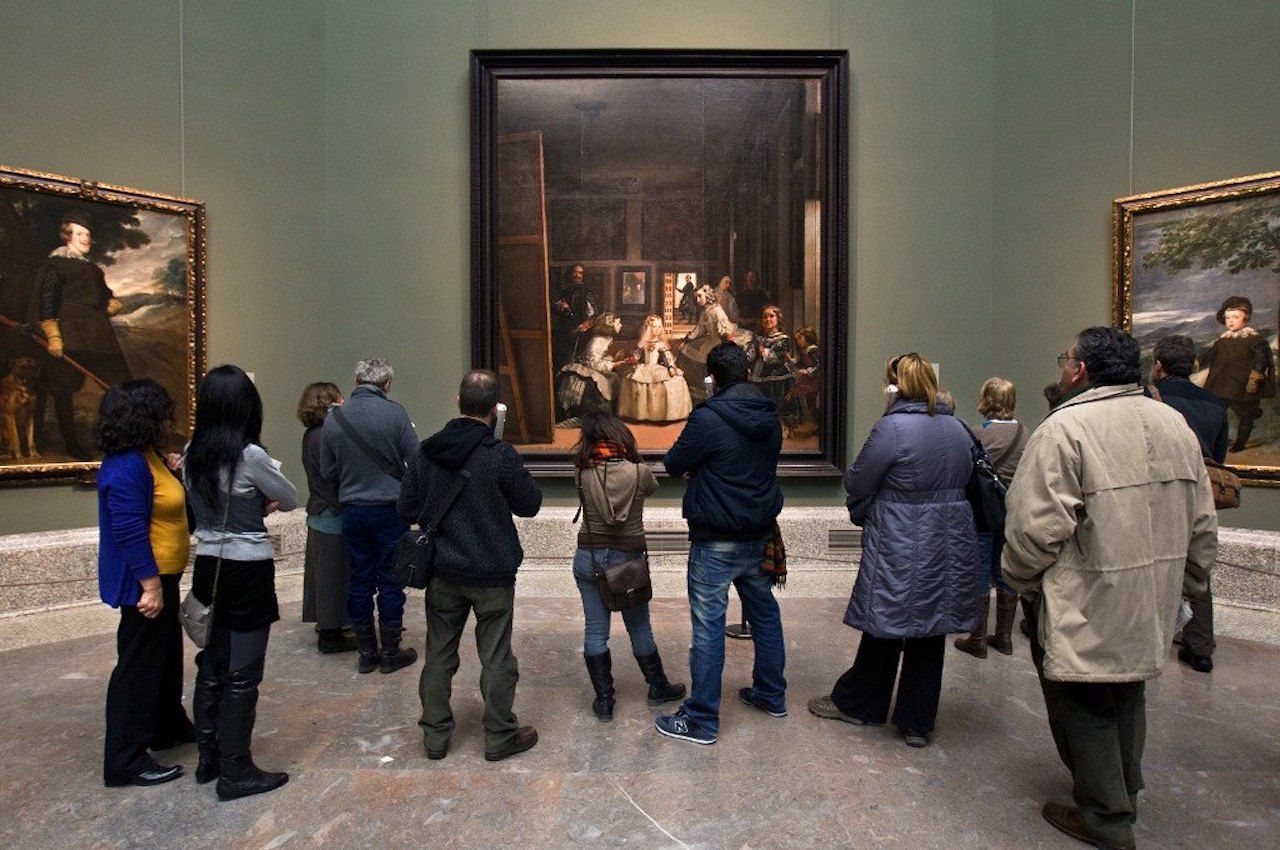 El Prado — A 200-year-old institution, El Prado is one of the great museums of Europe. Its collection is comprised of paintings and sculptures by masters such as El Greco, Rubens, and Goya. It is especially famous for holding one of the world’s most well-known and talked-about artwork: “Las Meninas” by Diego Velasquez. Make sure to check out 13 works of the mysterious and weirdly amusing Dutch artist Hieronymous Bosch displayed at the Prado — his paintings are always packed with strange characters doing very odd things and full of hidden symbols. The monumental building housing the art is an eye candy in itself, so take the time to take it in from both inside and outside. The museum is open daily, but if you want to keep your wallet happy, visit between 6:00 PM and 8:00 PM from Monday to Saturday or from 5:00 PM to 7:00 PM on Sunday and holidays when admission to see the permanent collection is free. 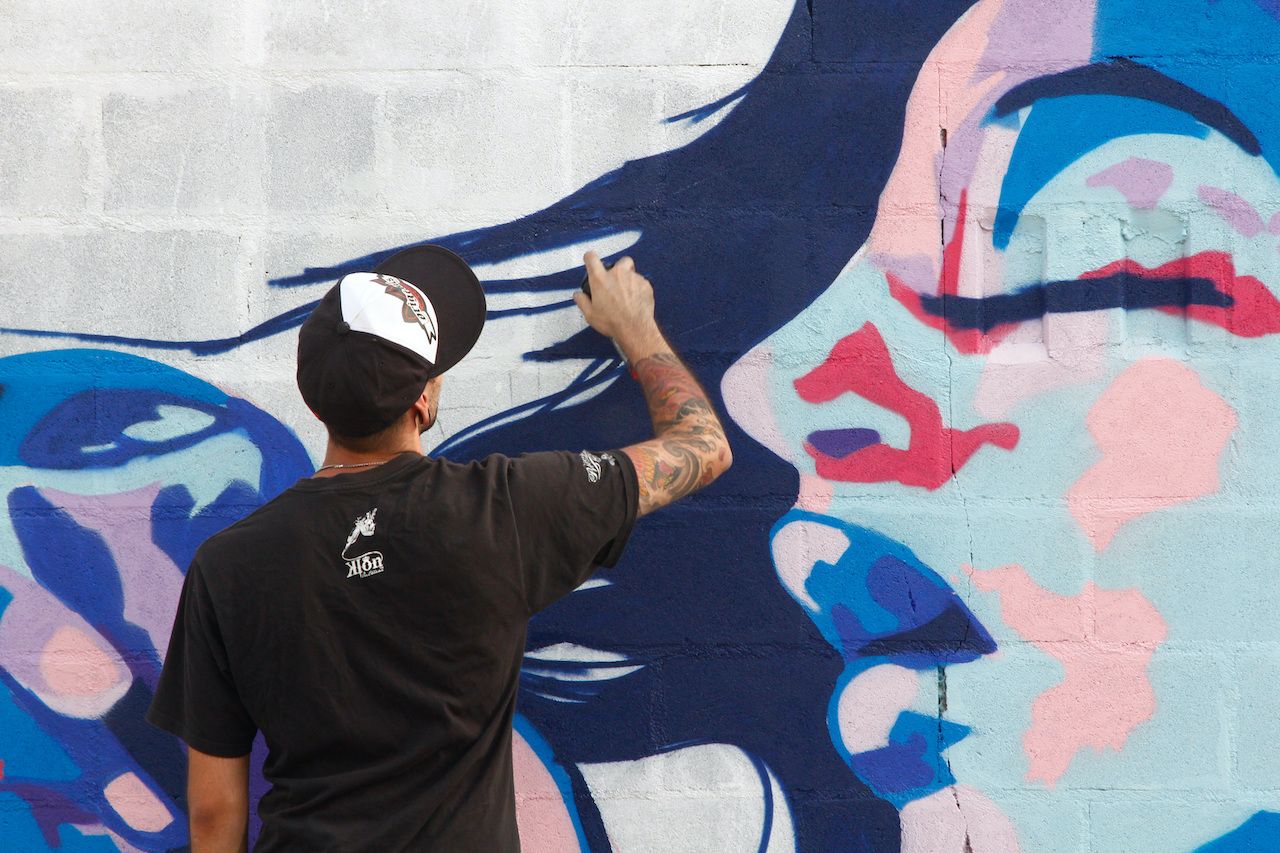 Lavapiés street art — Lavapiés has fantastic street art, so lace up your comfy shoes and walk around its maze of narrow streets for a relaxed self-guided tour of its best murals. Make sure to walk by “The Sombrerete Sundial,” a piece depicting a woman hanging out clothes surrounded by an abstract sundial — it is a Madrid must-see. Also, hit the Plaza del Poeta Leopoldo Luis, where you’ll find a mural by local artist Suso 33, featuring hundreds of miniature human figures creating a large human silhouette. 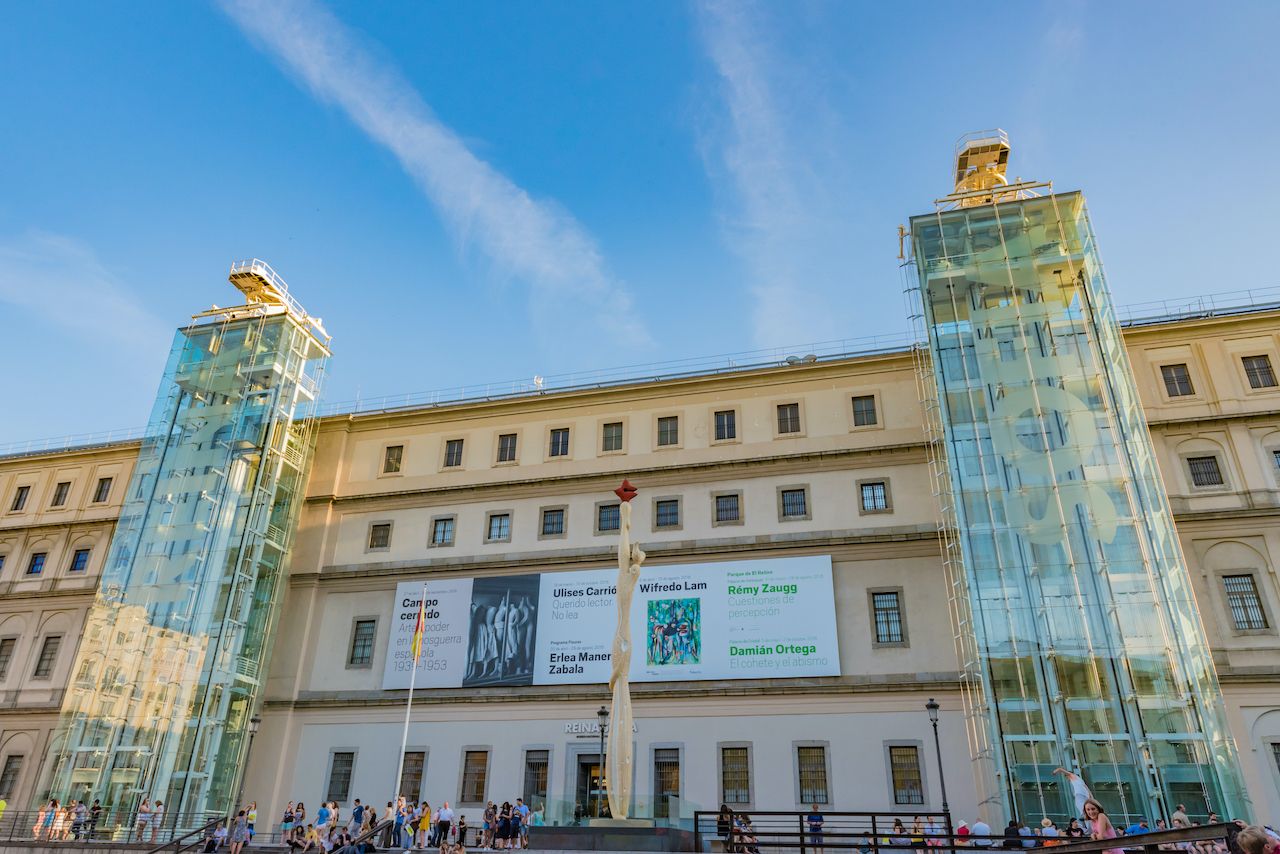 Museo Reina Sofia — If you’re into art, but El Prado is just too classic for you, the Reina Sofia Museum is the one art venue you should visit. Having opened its doors in the 1990s, it fittingly hosts 20th-century contemporary art, from paintings to installations, paintings, videos, and even performances. Its most famous pieces are Picasso’s “Guernica” and Dali’s “Face of the Great Masturbator.” The museum is located in a former 18th-century hospital on the city’s Art Promenade, but it also has two free-admission venues in El Retiro park: the Glass Palace and the Velasquez Palace. 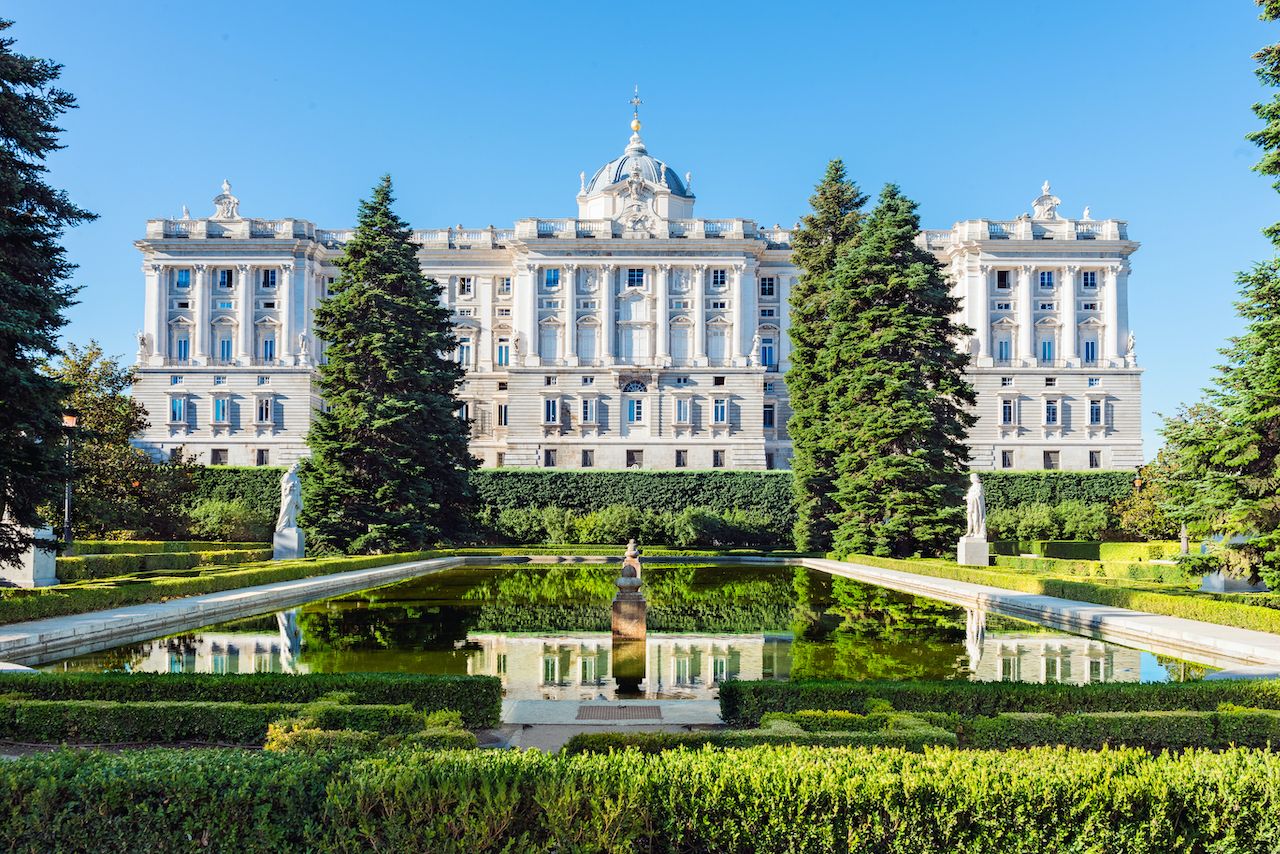 The Royal Palace — Although it’s still the official residence of Spain’s Royal family, none of its members actually lives there, so a visit is more about the history of the palace and the country than spotting the King and Queen. The Royal Palace is the most emblematic building in Madrid, so make sure you don’t just admire it from the outside — go in to see some of the 3,000 rooms including the Royal Kitchen, Royal Armory, Painting Gallery, a Hall of Mirrors very similar to the one in Versailles, plus the magnificent gardens. The large courtyard in front of the building is the stage for the spectacular Changing of the Guard, which takes place every Wednesday and Saturday from 11:00 AM to 2:00 PM. 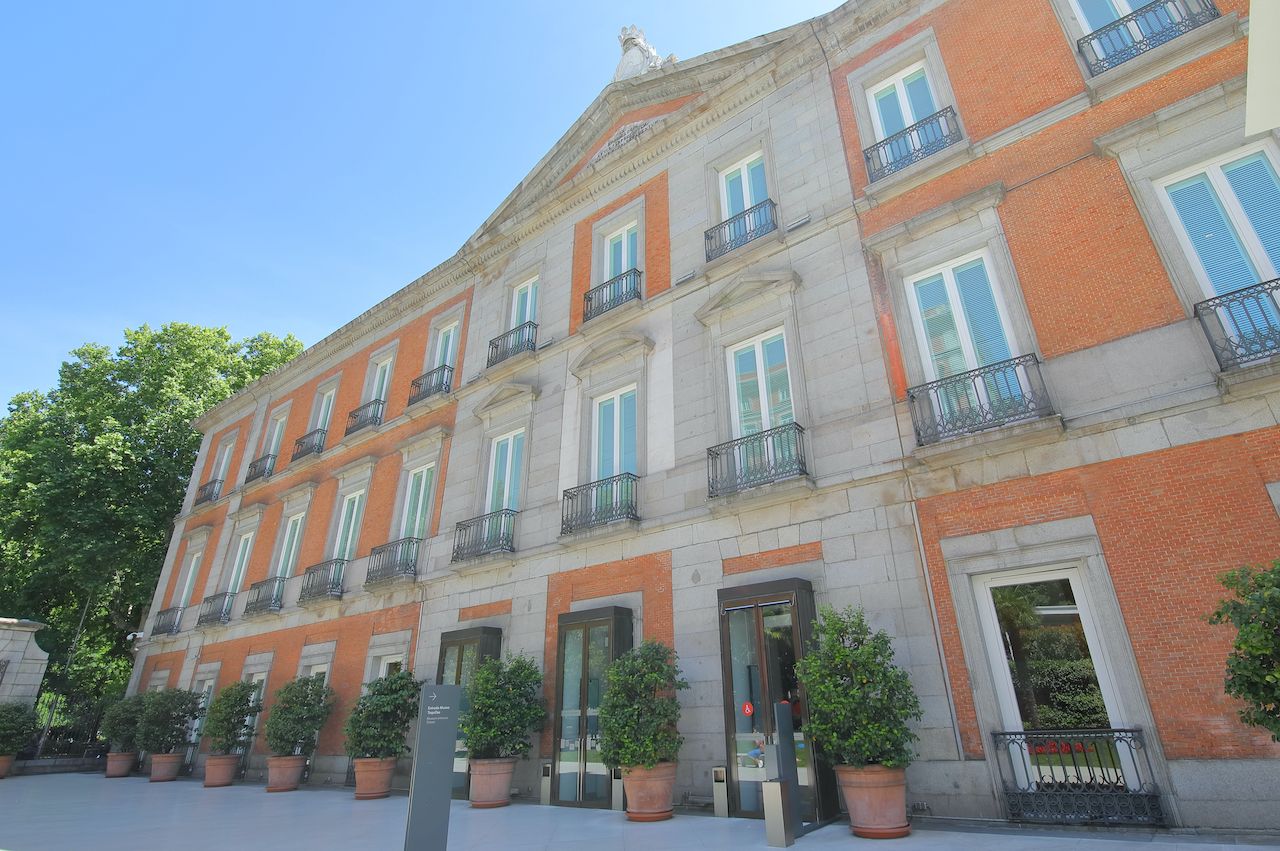 Museo Thyssen-Bornemisza — “El Thyssen,” as locals call it, is the third museum on Madrid’s Art Promenade. Formerly Europe’s largest private collection, it has been the property of the Spanish state since 1992. The permanent collection is comprised of about 1,000 paintings from the 13th to 20th century by artists such as Caravaggio, Rubens, Monet, Van Gogh, Gauguin, etc. If you don’t feel like wandering the museum galleries at random, take one of the thematic tours, like “Fashion,” “Inclusive Love,” “Food,” and more. Keep an eye out for the temporary exhibitions scheduled regularly. 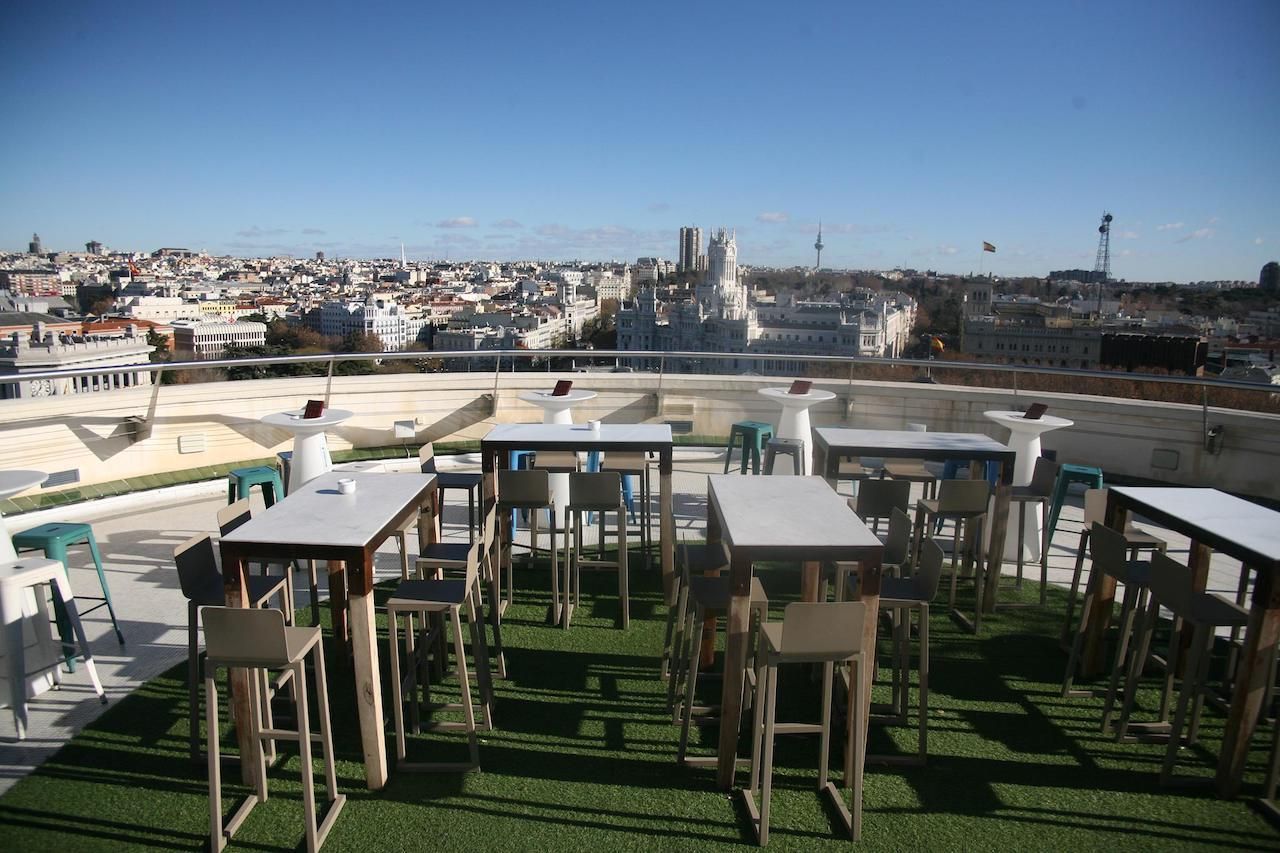 Círculo de Bellas Artes — Located on Calle Alcala, Madrid’s longest street, the Círculo de Bellas Artes is a multi-disciplinary cultural center that hosts exhibitions, music and dance performances, movie showings, workshops, etc. The highlight of this cool spot is the beautiful building’s rooftop, which has the best views of Madrid and a full bar. 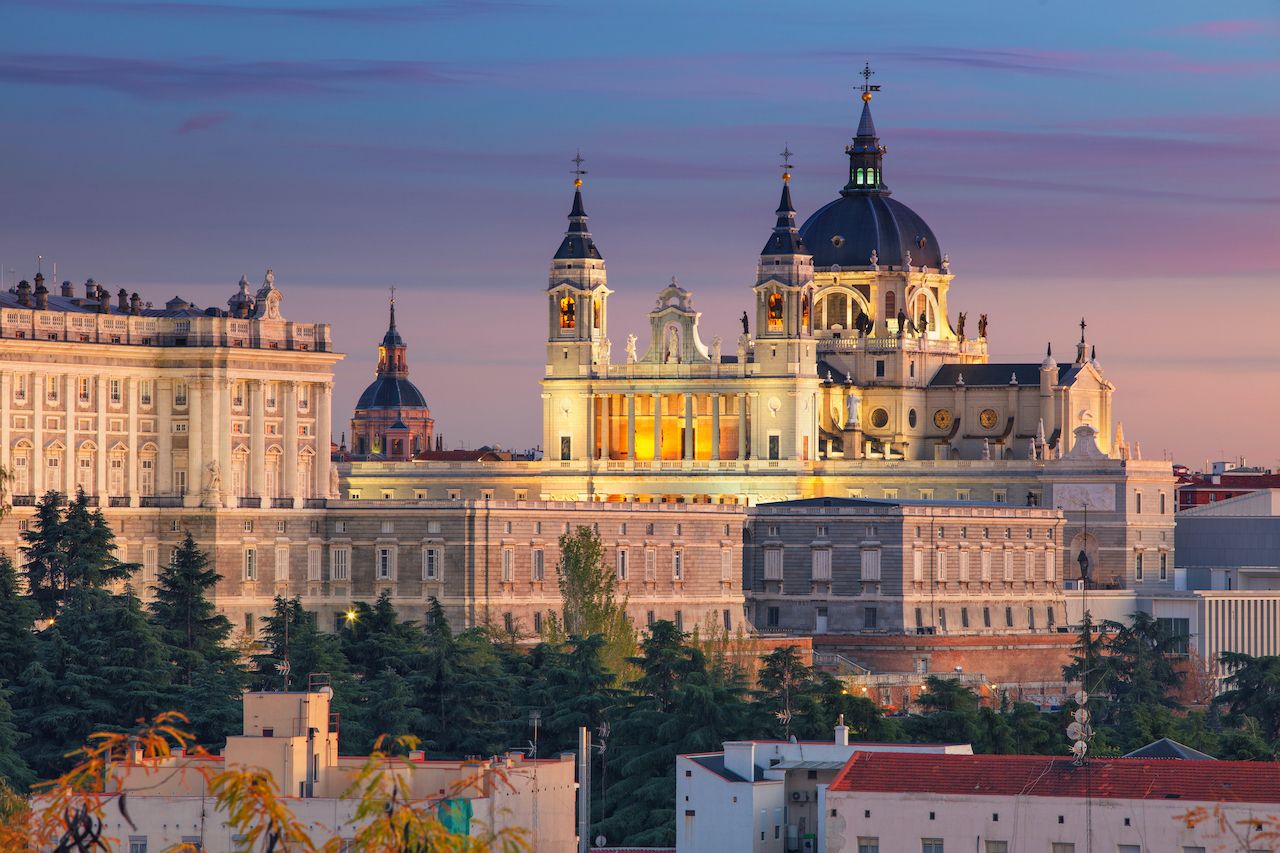 La Almudena Cathedral — Located right next to the Royal Palace, this grand cathedral renovated in 1993 is the perfect place to visit if you want some peace and quiet. Sit down and take in the ornate columns that support the immense structure, and look up to admire the beautifully painted arched ceilings. Visiting La Almudena is free, but there’s a small fee if you want to visit the church museum and the rooftop for some city views (which you should totally do). 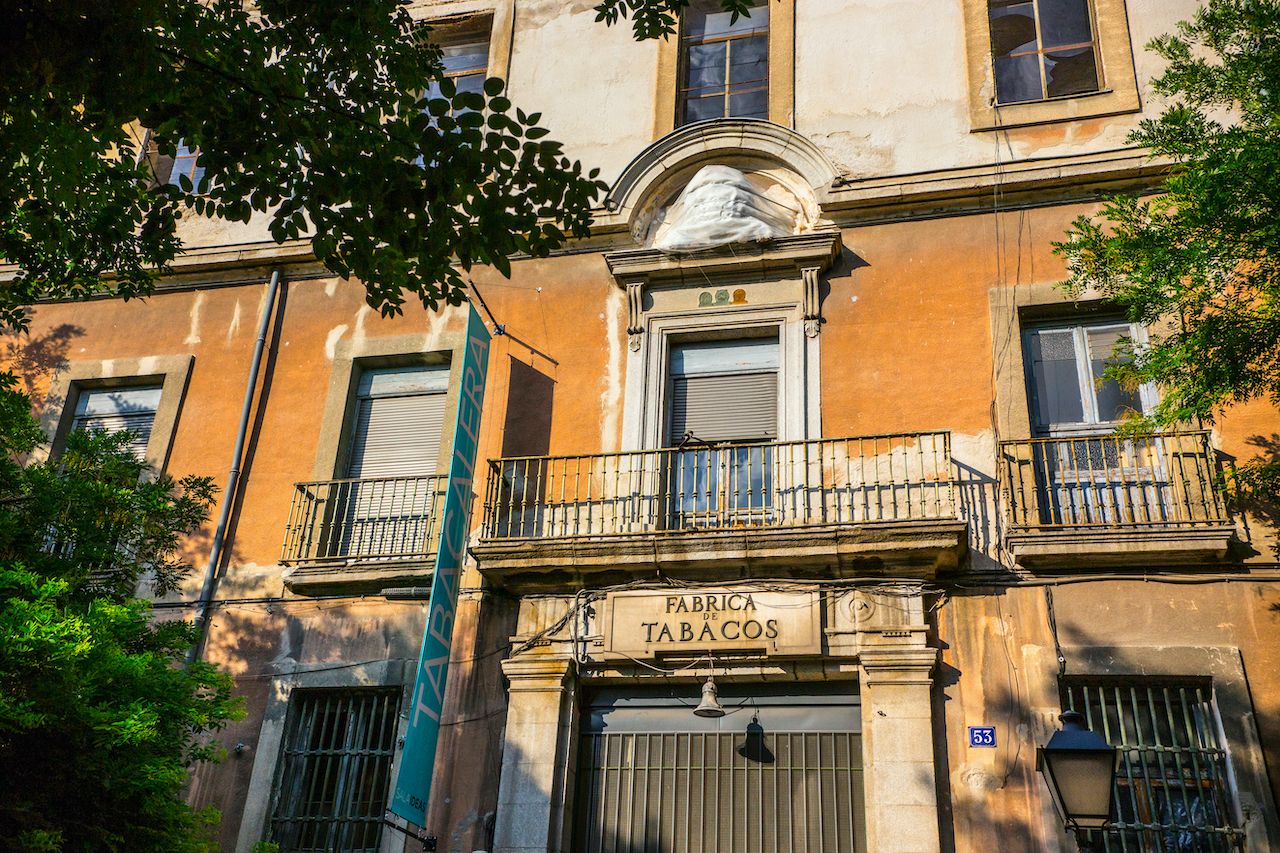 La Tabacalera — One of the edgier venues in Madrid, this cultural center is an old tobacco factory that now hosts exhibits, dance recitals, concerts, and classes. La Tabacalera is way off the tourist trail, so it’s a great spot to blend in with the locals and check out the city’s underground vibe for free.