Aspen in the summer is all about getting out into the sun. Beyond breakfast, your big decision of the morning is between a two-wheeled or two-footed adventure.

A basic room at the Limelight Hotel gives you access to the complete breakfast buffet, which you’ll need to fuel yourself before a day of burning calories. Alternatively, Victoria’s Espresso serves coffee and the aptl titled “brekkie wraps” to-go.

Take the Roaring Fork Transit bus from the Rubey Park Transit Center to Snowmass Village. On the way, admire the morning light on the surrounding hills. Once in Snowmass, you can hike the Summit Trail, at just over a mile, or the Sierra Club Loop, at under two miles.

Then you can hit up the adventure park for kids that’s actually entertaining for adults, as well. It’s not cheap — $59 or $47 if purchased a week in advance — but it gives you access to disc golf courses, an alpine coaster, a climbing wall, and other features. You could include the zip line, but that would run you an additional $160 per person. 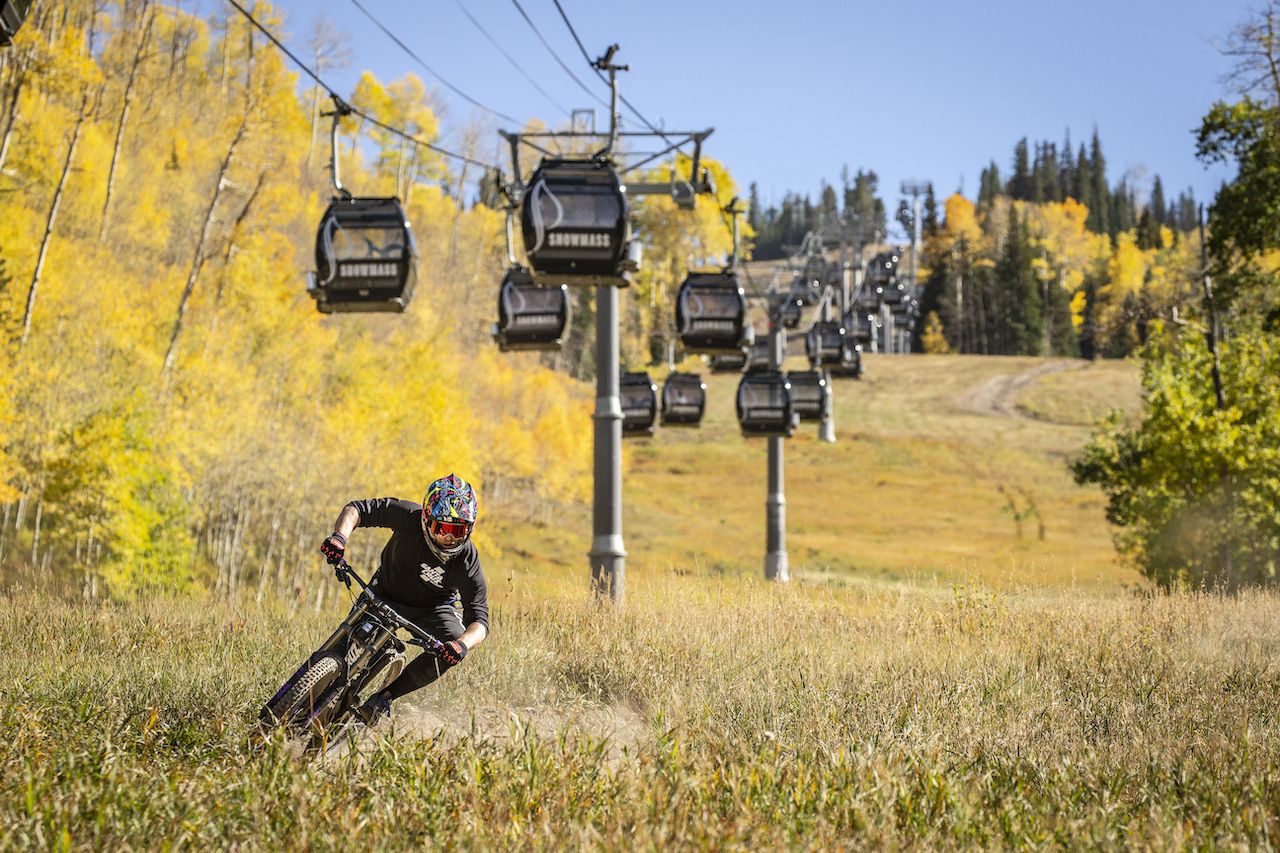 What Snowmass is best known for in the summer is the Snowmass Bike Park, home to some of the best mountain bike trails in the Roaring Fork Valley. The three V’s — Viking, Vapor, and Valhalla — are the trails that put Snowmass on the map as a biking destination, but the open terrain underneath the Elk Camp Chairlift is crisscrossed by trails working through forest and dirt, with trails lined for easy progression as you begin to feel more comfortable.

If you’re new to mountain biking, or at least this kind of chairlift-assisted riding, they offer plenty of on-site clinics as well — like the intro to downhilling clinic for $52. The all-day lift ticket with bike park access is $36 when bought in advance or $99 if you include a half-day bike rental, as well. You could also rent your bikes from Hub of Aspen, a bike shop in downtown run by local bike legend Tim Emlin and ride from town to Snowmass — or take the free bus. 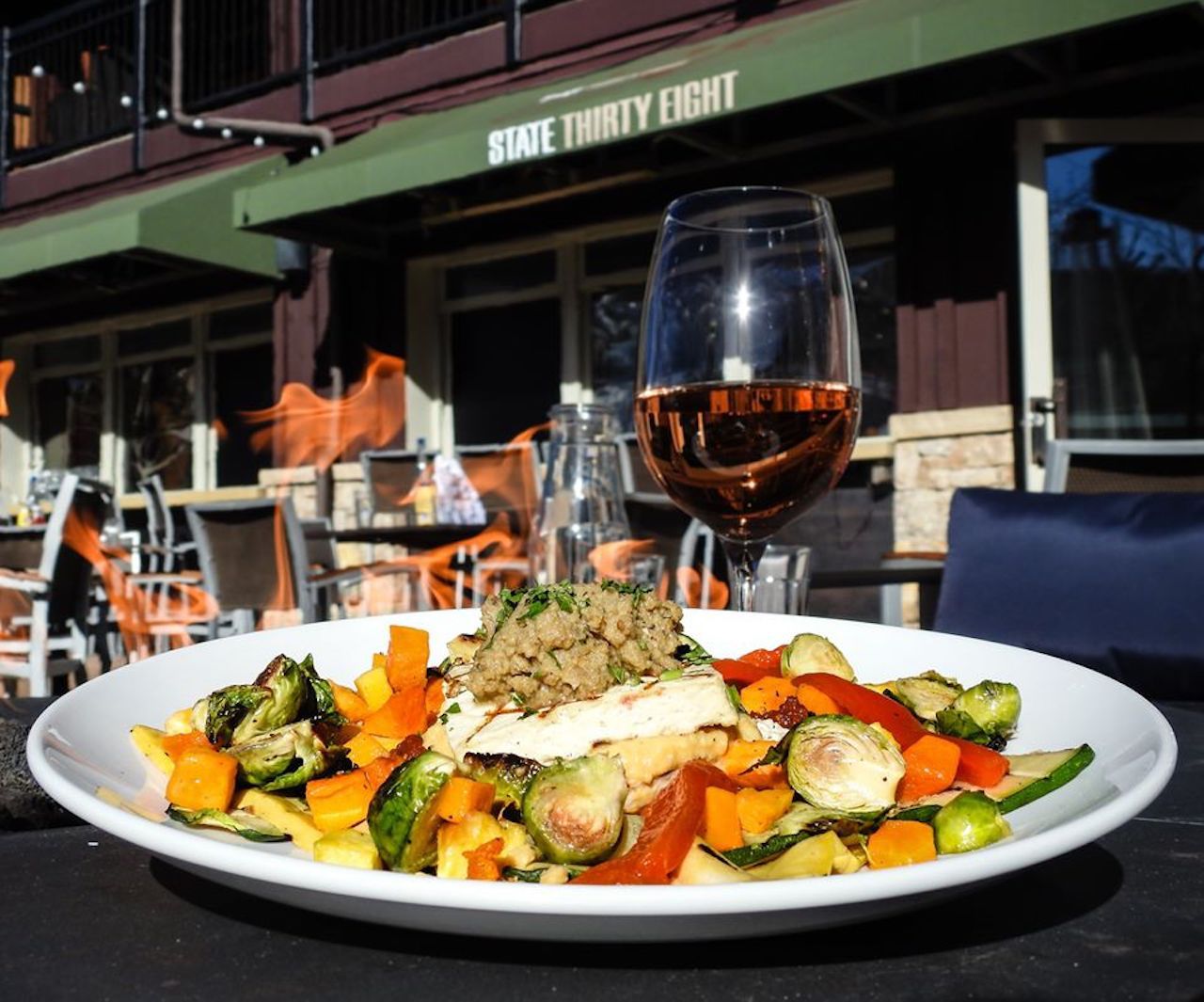 For a lovely outdoor lunch in Snowmass, try the locavore American-style menu at State 38, a nod to the fact that you’re vacationing in the 38th state to join the union.

A quick and affordable option is to order from the window at Pastore’s Taste of Philly on the village mall. Choose from hoagies, hot or cold, with about anything you want on them or a wrap for a healthy option. Another budget option is to hit Clark’s Market and buy materials for a picnic at the base of the hill. 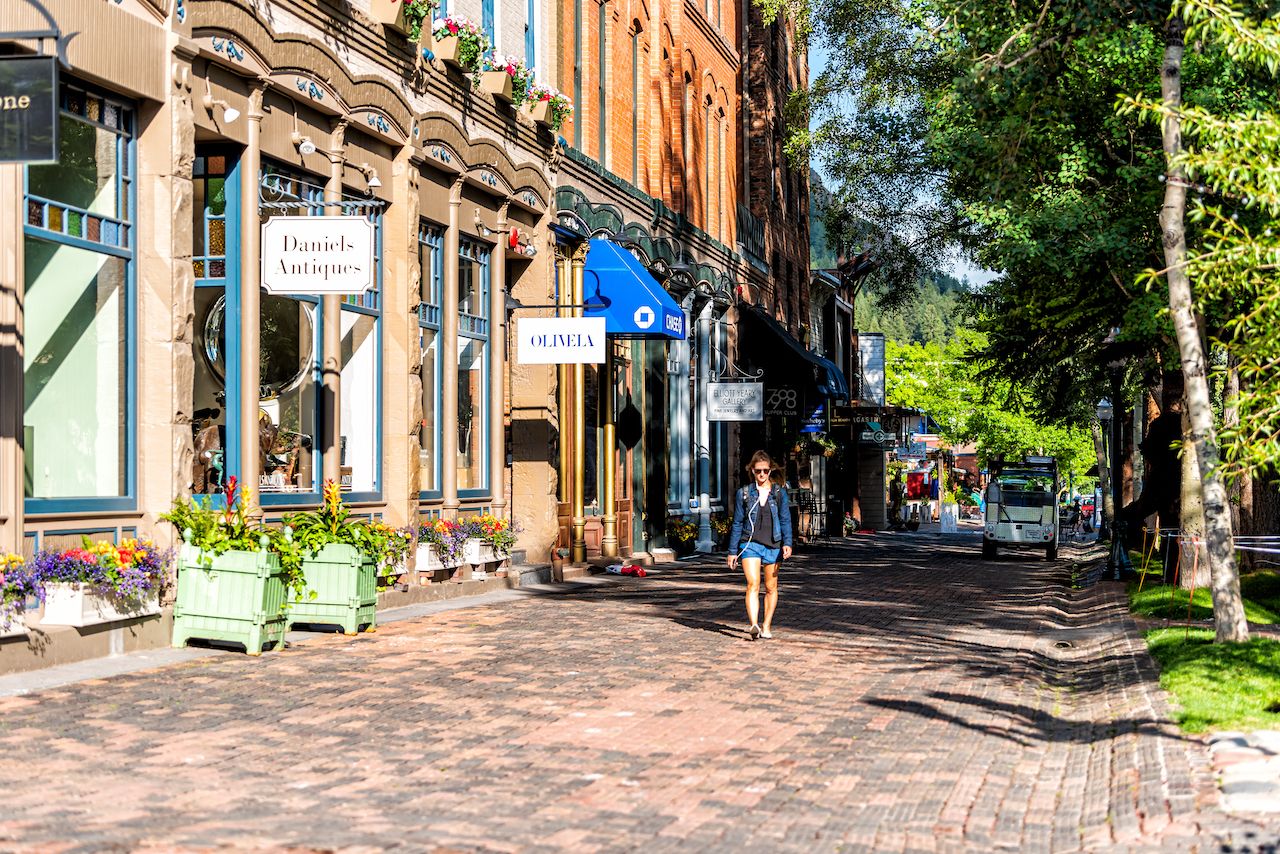 If you’ve spent any amount of time in North American mountain towns, you’re familiar with the generally slouched dress code that locals and visitors tend to adhere to. Flannel shirts have a collar, after all, so what occasion could possibly warrant anything more?

Aspen challenges this line of thought. On the same block, you can shop at both Gucci and the outdoor clothing retailer Marmot. Head up the street and you’ll pass Prada and Moncler before a sign directs you into Ute Mountaineer. No matter your style, it’s here. The shopping downtown along Galena, Cooper, and Durant is kind of like a big city shopping mall that went on a mountain vacation, got stoned, and forgot to come back.

Make a memorable day of shopping and people watching, especially if you have a penchant for well-groomed cockapoos. 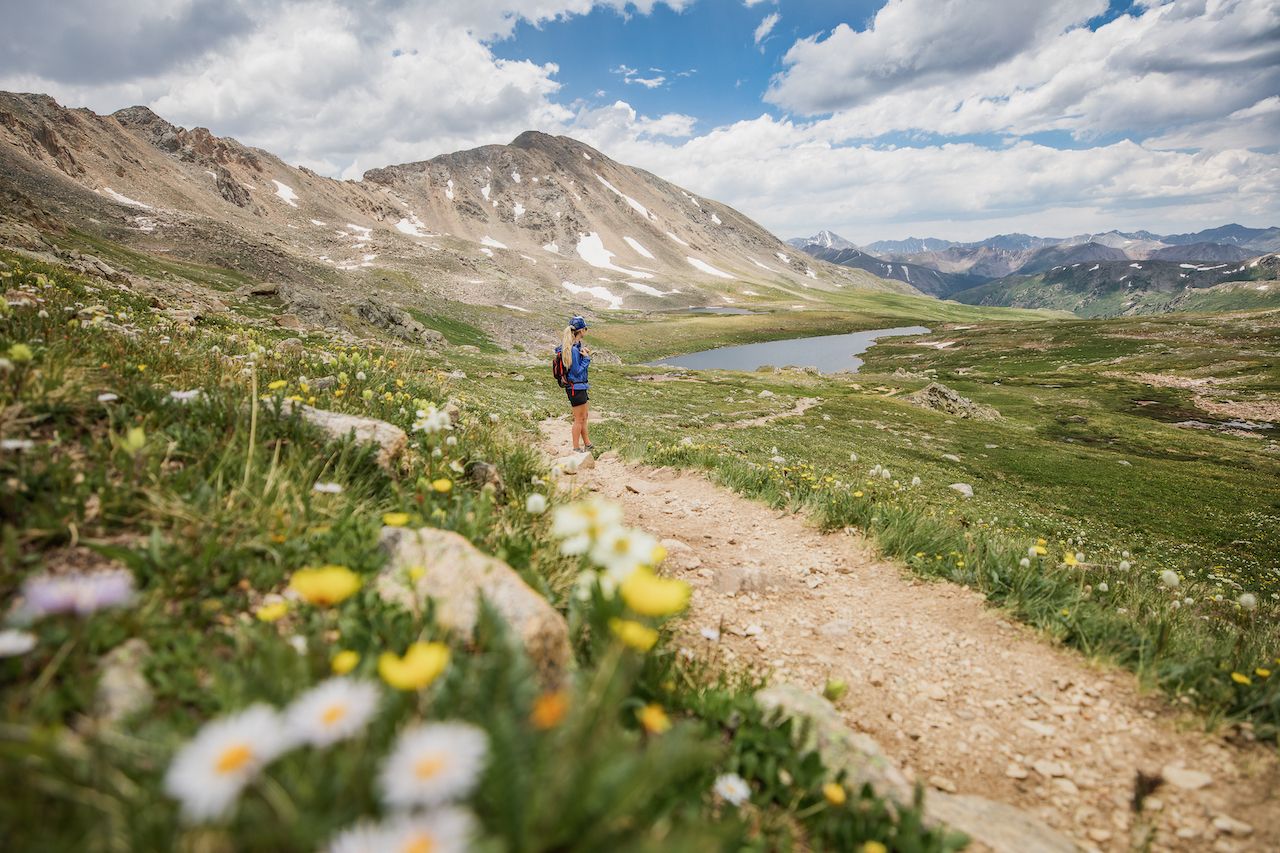 If you don’t want to dedicate the whole afternoon to the Aspen scene, you could hit the trails on Smuggler Mountain. They’re accessible from town — no vehicle or cash required. As you make your way up, be sure to turn around often to take in the view of Aspen Mountain and downtown; these are the shots you’ve seen on postcards and in magazines for decades. Hiking up to a good view takes about three hours round trip. With the long days of summer, you’ll still have a chance to do some people watching on your return.

For a budget-busting, but unforgettable, dining experience, head to the Chefs Club Aspen inside the St. Regis. With locations in New York, Taipei, and Aspen, this is the spot to try inventive dishes from some of the world’s best chefs, with the bonus of it being a very different experience each time you come in. It’s like an artist’s residency for chefs — every few months, a new chef from somewhere far away comes in and runs the show.

If you want some fine dining without the eye-watering price tag, check out the bar menu at L’Hostaria and Su Casa. 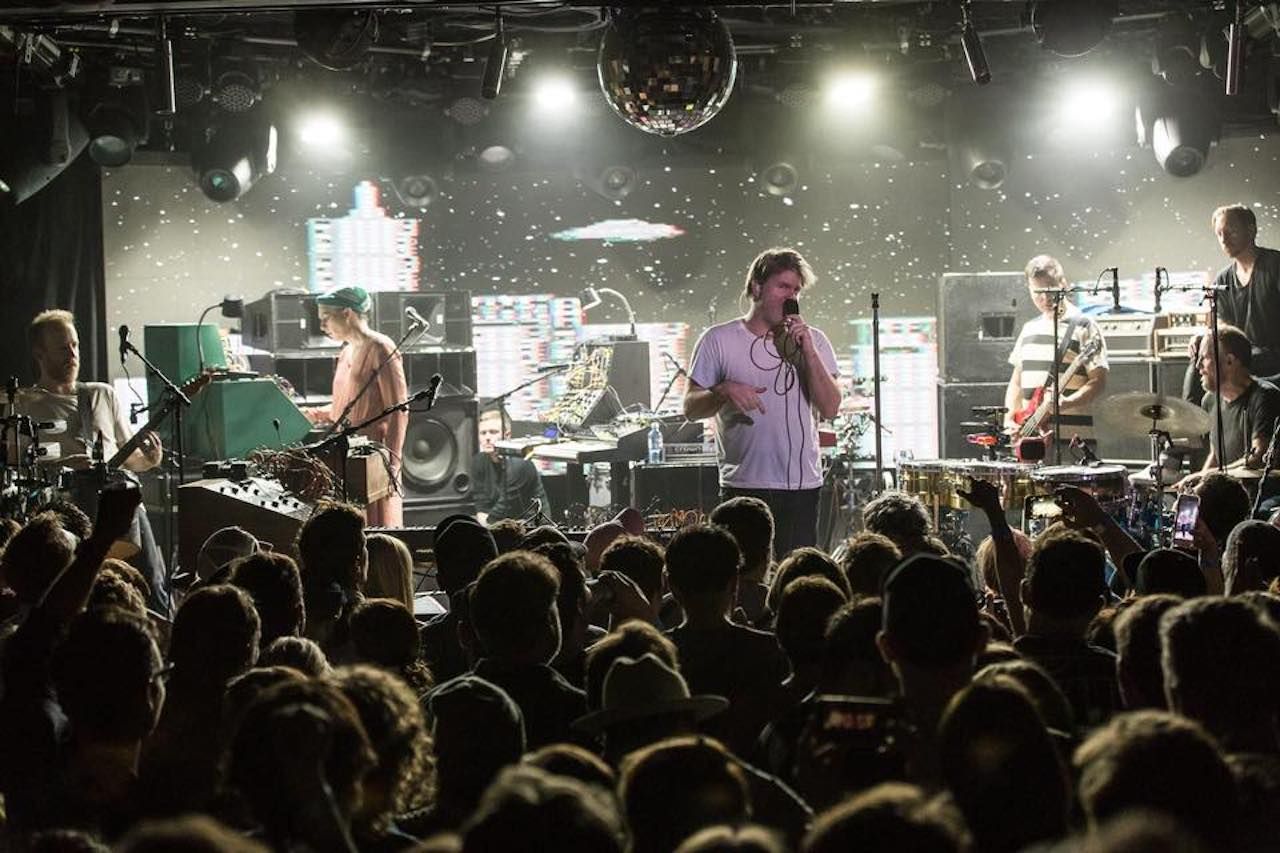 New York. London. Paris. Aspen. This isn’t how the sticker usually goes, but these four places do have one thing in common, besides being outrageously expensive to live in: They’re on the tour itinerary of big-name musical stars the world over. The Belly Up lands right behind Red Rocks Amphitheatre on the list of Colorado’s most iconic music venues, an intimate theater that puts you in a small room (capacity 450) with the likes of Matisyahu, Snoop Dogg, The Offspring, and B.B. King.

Just up the road, the Wheeler Opera House is Aspen’s oldest venue and among the most famous buildings in the Roaring Fork Valley. There are musical performances, of course, as well as the annual Aspen Mountain Film Festival and a comedy festival that brings in acts like Trevor Noah and Norm McDonald.

While mountain towns the country over have no problem attracting the mid-level jam band circuit, Aspen gets top talent across many genres partly because there aren’t many places outside of LA and New York where a rock star is all but guaranteed to be performing in front of people more famous than themselves. Check the websites to see who’s playing while you’re in town. After a show, the local crowd moves over to a nearby dive, The Red Onion, for a nightcap.