The perfect winter day in Aspen is kind of like a slingshot. It starts at the Hotel Jerome — or closer to the gondolas if you prefer — takes you up to 11,212 feet, swings back to cover most of the town, and ends up right back where it started.

For this, you’ll want to be prepared. From December to February, average highs hover around 35 degrees. Couple this with the thin, dry air of the high Rockies, and you’re in for a cold one. Luckily, Aspen is quite compact, so although you’ll still need to bundle up before heading out, you won’t have to walk far once you’re outside.

Breakfast: Buffet blow-out or a quickie to go 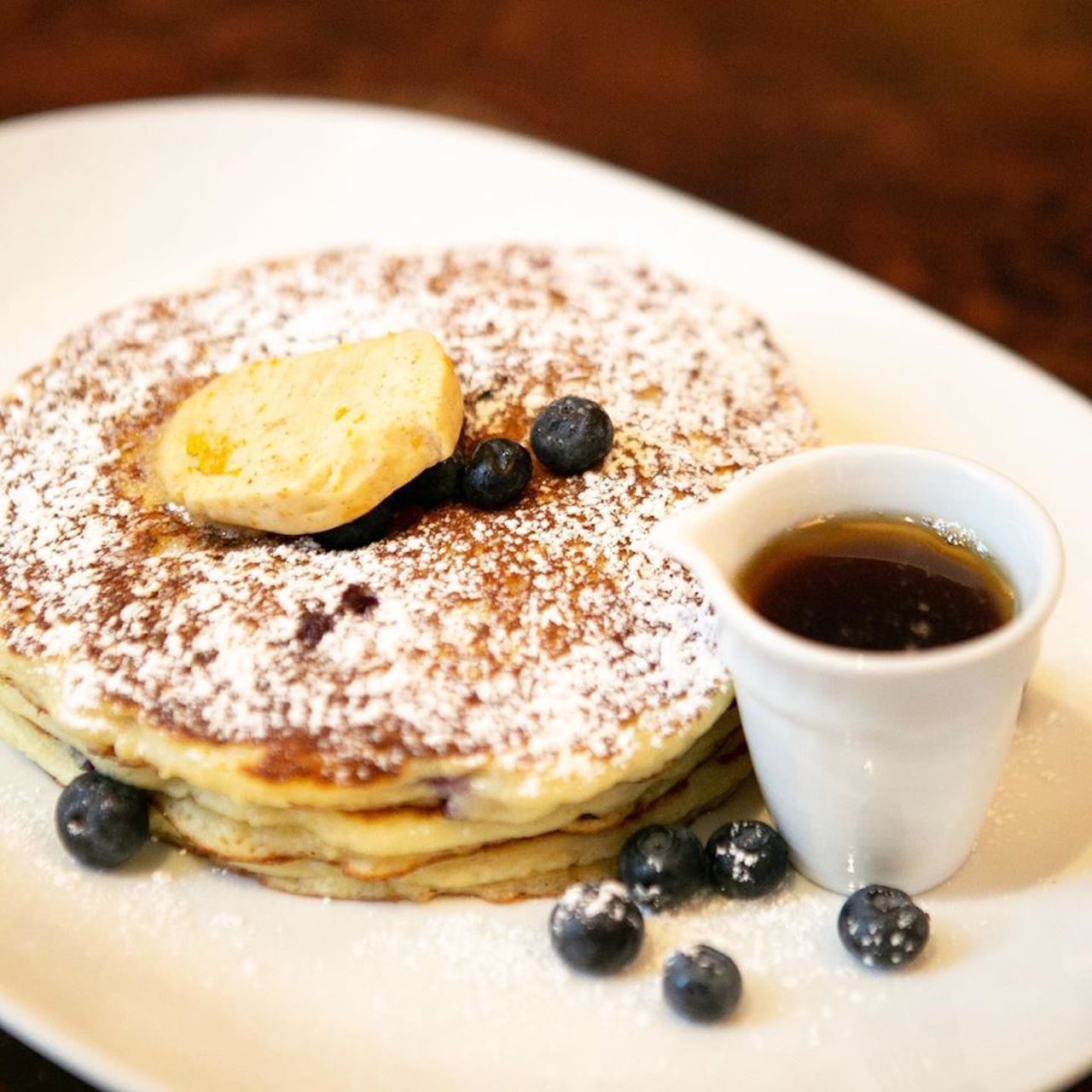 Before hitting the slopes, fill up at Prospect inside the Hotel Jerome. You can feel the old Aspen in the leather seats and classic, but fresh, decor. Go all out at the buffet, which runs $32 but saves you the hassle of spending nearly as much for a sandwich on the mountain.

While Prospect is a bit pricey, Jour De Fete is on the way to the gondola and offers quick breakfasts to go, as well as plated items. It’s a great rendezvous point for parties staying at different hotels, or for a coffee and newspaper session before the lifts start turning.

Prepping for the hill 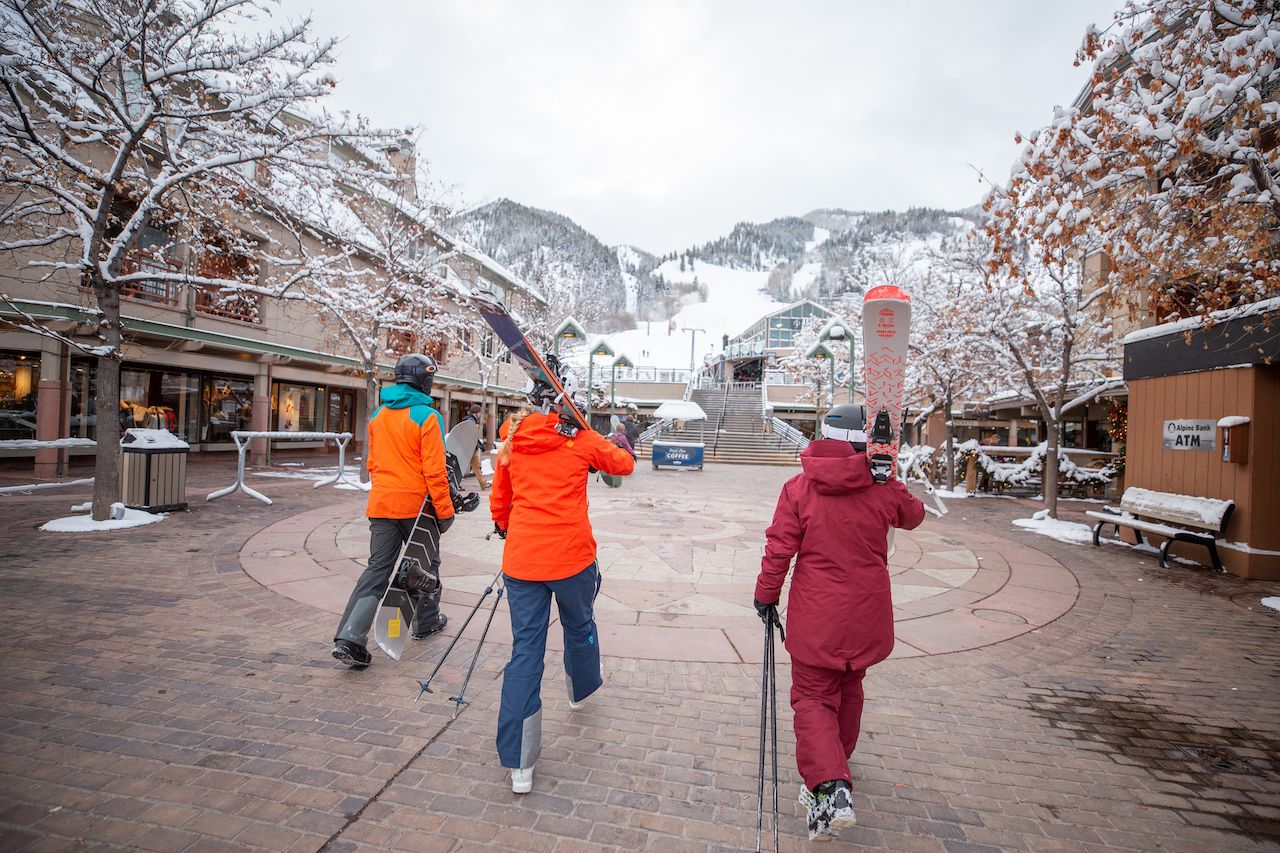 Aspen Mountain, formerly known as Ajax — and still often called that by long-time locals — is the Hollywood of Colorado. You may see a vacationing celebrity on slopes if you recognize them with their ski gear on. So if you’re going to lose your composure, you should at least look good while you do it. Stop by Four Mountain Sports on Durant Ave, on the same street as Jour de Fete and just a block from the gondola base, to pick up any gear or mountain clothing you don’t have already. 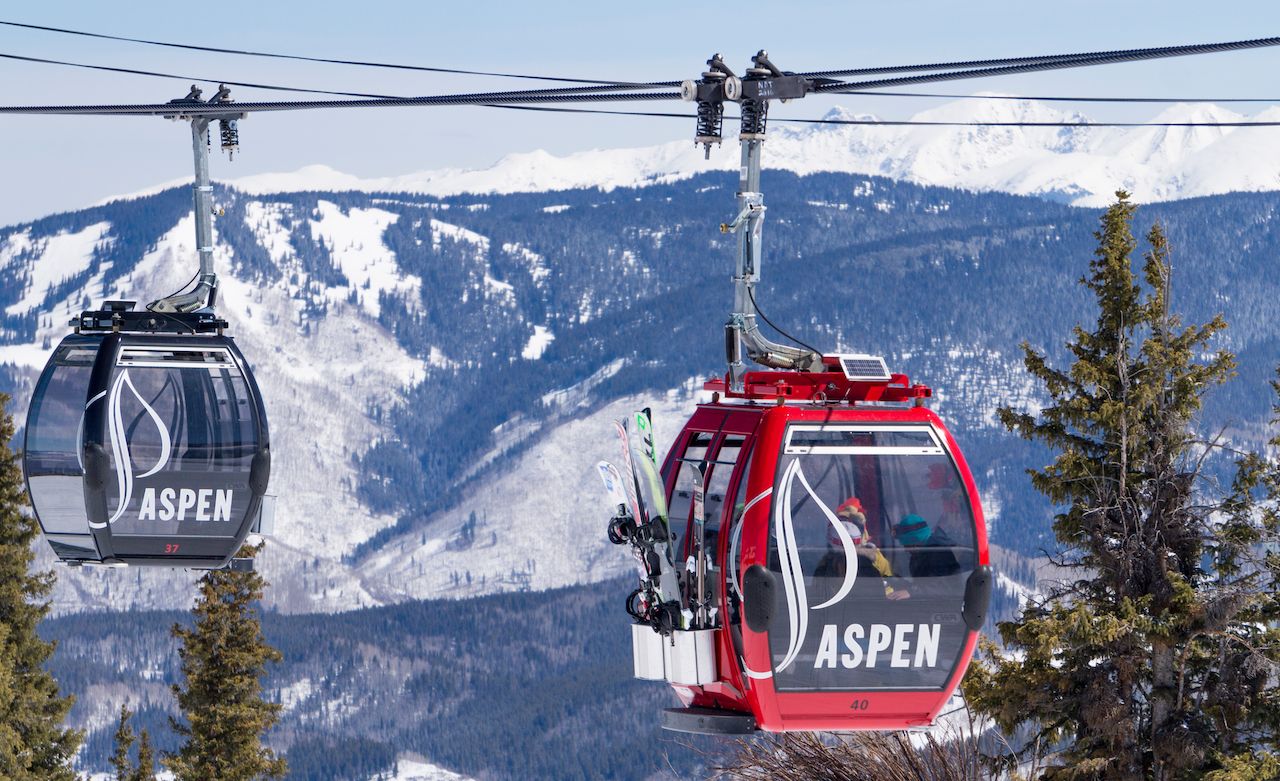 Hopefully it snowed overnight, because a bluebird powder day on Aspen Mountain is the stuff ski dreams are made of. Ride the Silver Queen gondola up, snap a photo at the sign on the peak, and keep those celebrity spotters peeled. If it did indeed snow — and your skiing or snowboarding ability is up to par — head skiers right. (The would be left if you’re looking at the trail map to Leaf and Copper trails.) If you’re up to it, drop into the double-diamond Walsh’s or Hyrup’s, steep powder fields that lead you to the traverse around to the Gent’s Ridge lift. If not, stay put on the blue runs down to the same lift. This side of the mountain is best in the morning because the sun hits it first; we’ll save the west side for after lunch.

If you’re not interested in skiing (which is …ok?) head to CP Burger but not to eat — yet. Right at the base of the mountain, this unique spot hosts an ice skating rink that is the perfect pastime for non-skiers and families looking for a bit of action while the rest of the crew is on the hill. Should you feel a bit edgy on your skates, the staff can toss a spot of whiskey in your coffee.

Lunch: On the hill or at the base 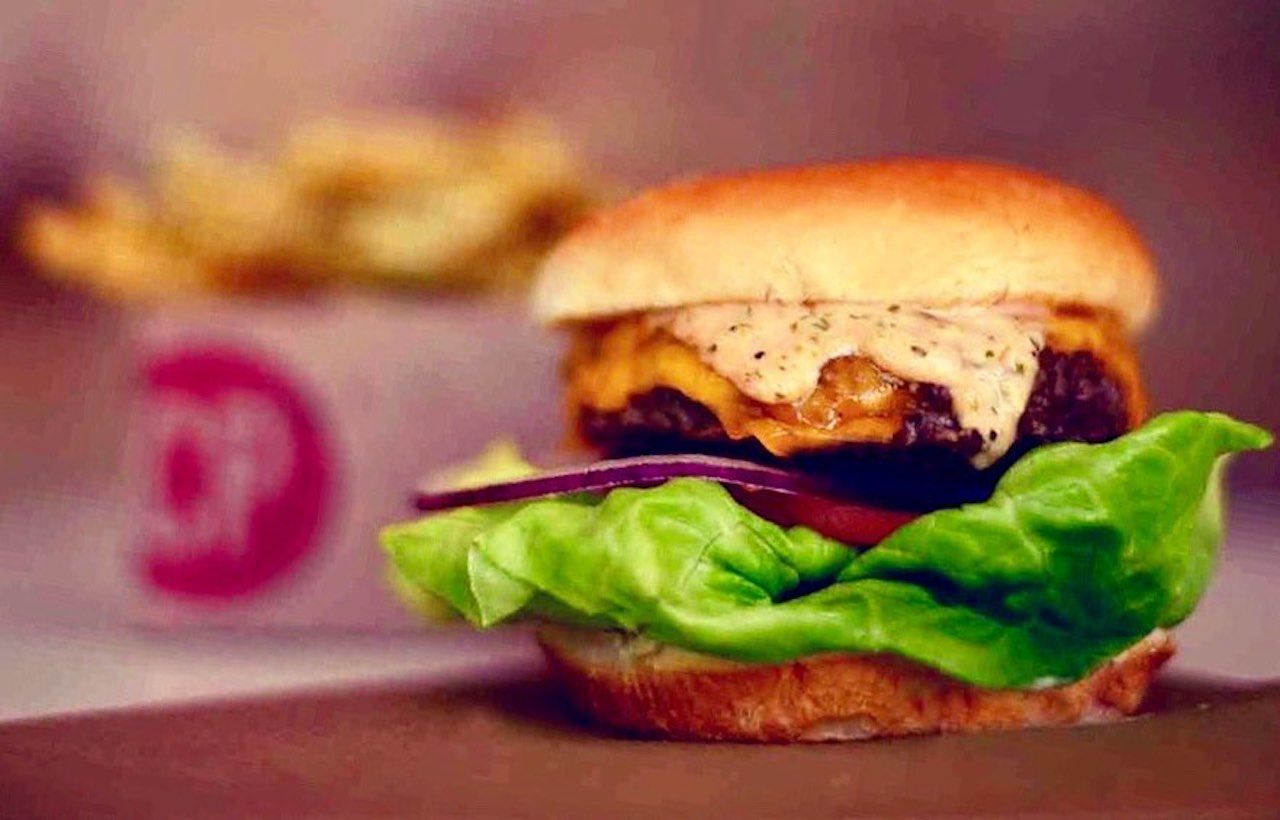 The breakfast buffet should power you through the morning and necessitate only a light lunch. The Sundeck at the top of the gondola is the ideal spot, with views stretching over to the legendary Highlands Bowl and the 14,000-foot Capitol Peak.

If you’ve opted to ice skate, you can grab lunch at CP Burger, which, in addition to tasty burgers, also offers up an excellent veggie falafel burgers, kale salads, and the like.

Afternoon: More skiing or a bit of culture 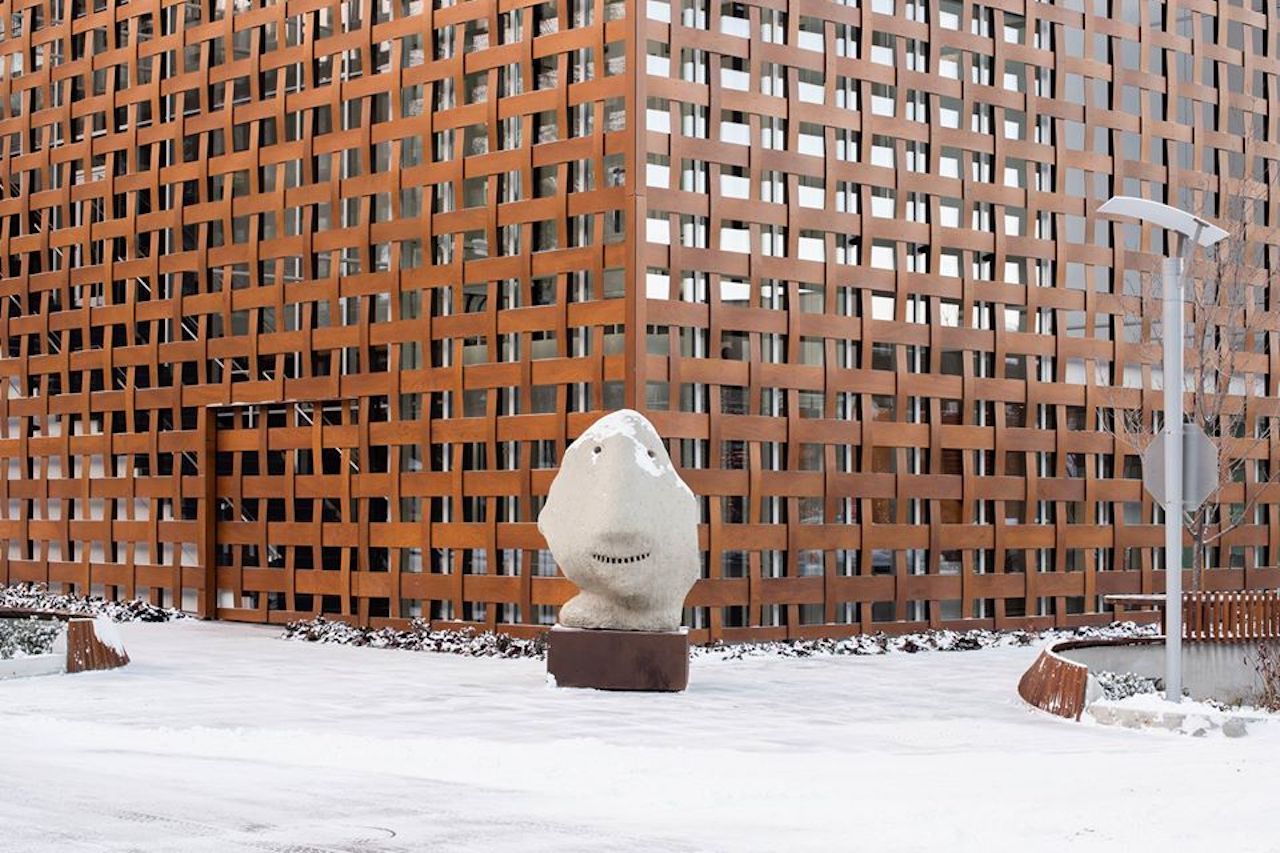 If you’re skiing, after your Sundeck stop, head back out to the other side of the hill where runs off the Ruthie’s and Shadow Mountain lifts await.

Non-skiers, or those simply exhausted from the morning runs, can spend the afternoon at the Aspen Art Museum. The chic, exo-skeleton building is among the town’s most recognizable and is home to permanent and rotating art exhibits, often built around one specific artist or theme — allowing for a more diverse offering than museums dedicated to a specific time period. It’s also much warmer inside the museum than on the ice rink or mountain.

Spend any time on the Little Nell run or on the gondola and you’re likely to spot the crowd gathering on the deck at Ajax Tavern, beginning in the early afternoon. This is the après hotspot at the base of the mountain, where you’ll find live music flowing as freely as the drinks. Have a drink on the deck or meander down the street to Aspen Tap for a quieter pint. 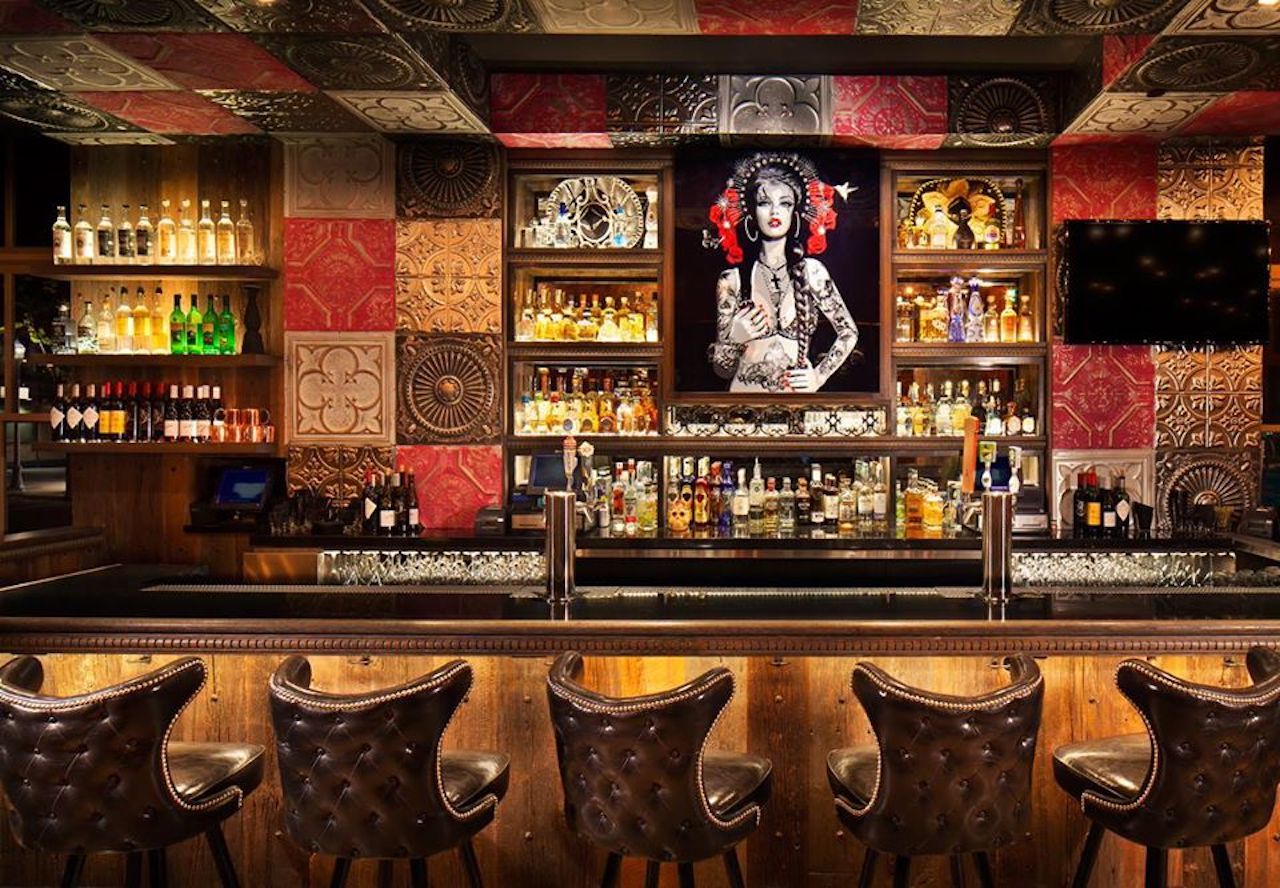 No stay in Colorado is complete without Mexican cuisine, and Mi Chola is Aspen’s best take. It’s a local’s favorite, with the ski clubs and social circles of the resort filling out tables throughout the restaurant. Fresh taco plates and burritos line the menu, but the seafood molcajete is the plato para probar, the plate to try, for the real experience.

If the Italian urge hits, try Mezzaluna for a casual dinner, the only place in town where you can find an Italian meal this good for under $40, and under $25 if you know how to steer your order. A pizza and an appetizer is plenty for two people, though pasta and steak dishes are options should you feel the need to splurge.

No matter the option you choose, save room for the liquid “dessert” coming at the end of the night.

Nightcap at the unforgettable J-Bar 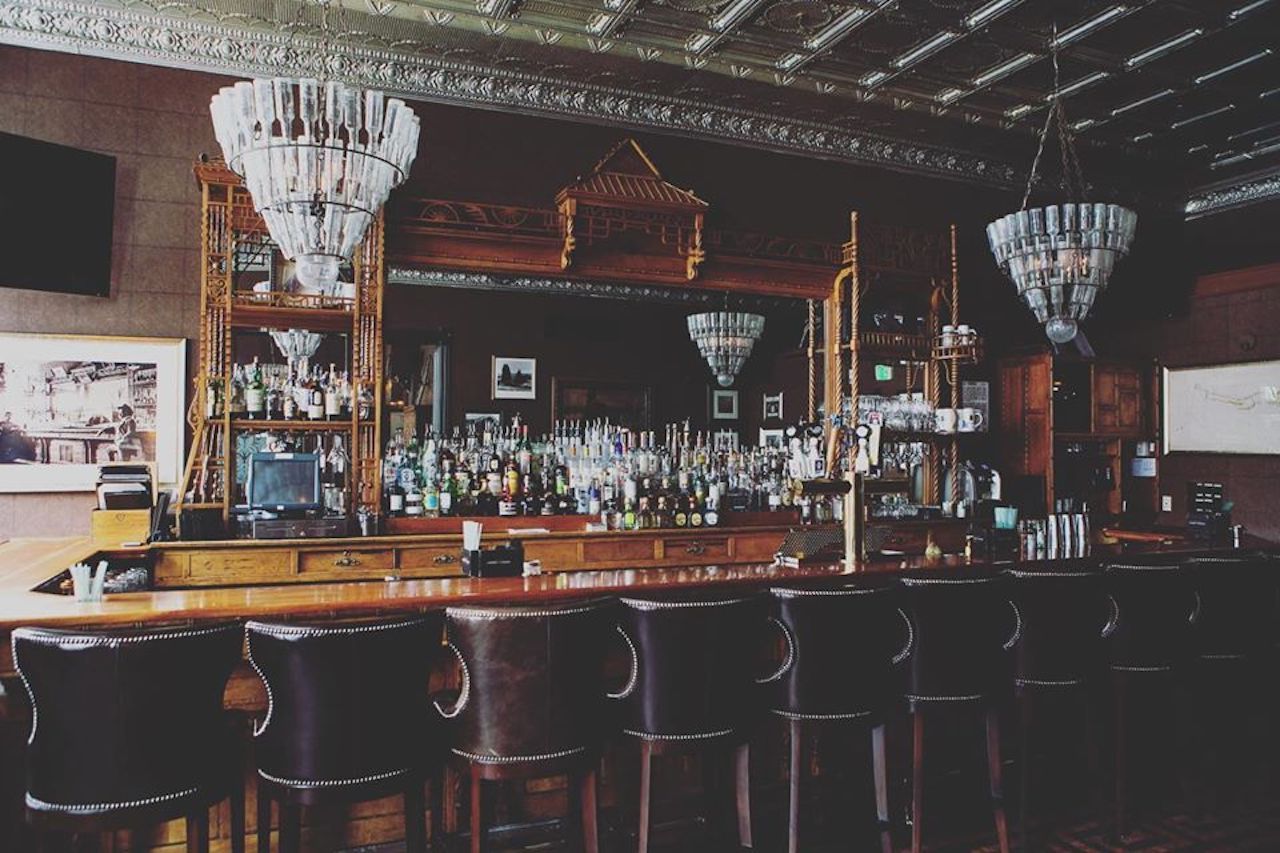 The evening winds down at the J-Bar inside the Hotel Jerome. The place is at once classy and wild. Pull up to the bar and order an Aspen Crud, the bourbon-spiked milkshake that made this bar famous during Prohibition when writers like J.P. Marquand and Thornton Wilder needed a way to skirt the liquor law. A milkshake provided the perfect cover.

This was the first page in the story of a drinking establishment that has witnessed just about everything that can happen in a bar. Hunter S. Thompson ran his Freak Power campaign for Pitkin County Sheriff out of a table in the back in 1970, and Jack Nicholson is famously said to have powdered his nose right on the bar itself, a bodyguard posted up on the next stool waving off any who tried to bother him.