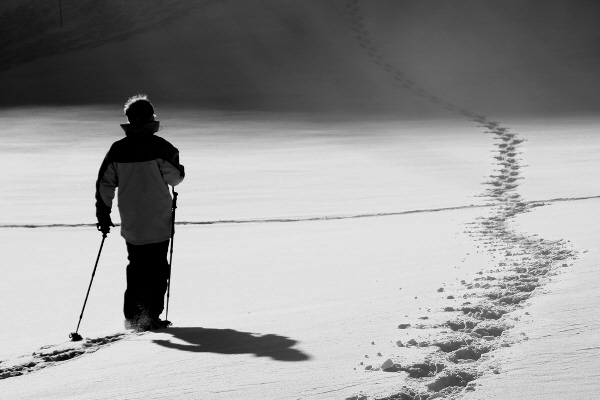 What if a 30-minute snowmobile ride out into the backwoods turned into a 3-day freezing walk in below zero temperatures back to civilization because a part malfunctioned?

This latest offering from National Geographic Books has been making a lot of buzz lately. The attractively designed anthology, The New Age of Adventure, celebrates “ten years of great writing” that have graced the pages of National Geographic Adventure magazine. I couldn’t wait to dive into the book once my review copy arrived. I wanted to get deep down into the minds of these adventure writers.

What sets them apart from other writers?

Why did they cross boundaries other writers were willing to set for themselves?

What drove them to spend months with Afghan fighters or forge deeper into Ugandan jungles to find the source of the super deadly Ebola virus? 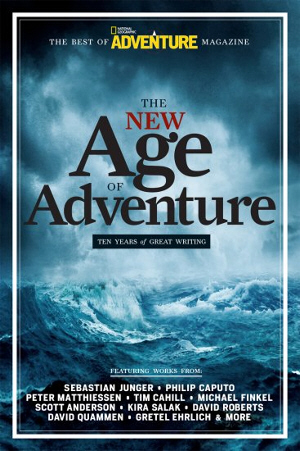 As editor John Rasmus noted in the introduction, as a generation, we’ve switched from old-school exploration of untouched lands and traversing unmapped terrain to an age of frontline conservation and human impact exploration.

He terms this shift the “new age” of adventure.

In a sense, tracking gorillas and going behind the scenes of rebels and guerilla fighters signals a different level of exploration.

According to Andrew Zolli, “we are moving from the age of exploration to the age of conservation.”

The book is divided into the following four sections that group similar stories: Reporting from the Edge, Sexy beasts, Personal Journeys, and Outer Limits.

Thumbing through heart-pounding stories, I was slowly introduced to a different breed of adventurers.

In Dangerous Medicine (one of my favorite stories), Tom Clynes follows a team of scientists as they run right into the epicenter of the Ebola epidemic to set up field labs while others are rightfully fleeing from it. He weaves in the gravity for the situation with humorous scenes such as the one below which I frankly thought only happened in movies.

Bob Swanepoel, a bat hunter has been called in to help the medical teams track the animal sources of the virus:

In a scene that’s vaguely reminiscent of some Great White Hunter epic, Swanepoel’s party – soldiers, hunters, porters, and scientists – trudges over the hills toward the Kalak caves, trailed by an enthusiastic swarm of village children
…..Tom Clynes, Dangerous Medicine

And within the next two paragraphs, Clynes transitions powerfully to a scene where colleagues left behind fear for the lives for Swanepoel’s team after they’d been ambushed right after their gallant ride off into the jungles.

The selected stories highlight various levels of adventure from the stupendous to the surreal to situations where man becomes prey. 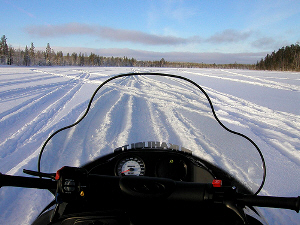 What would you do if you became lost?

What if a 30-minute snowmobile ride out into the backwoods turned into a 3-day freezing walk in below zero temperatures back to civilization because a part malfunctioned?

How would you handle it if just one layer of comfort was stripped away from your life?

These are the types of questions the stories ask, leaving their reader reflecting for days afterwards.

In Laurence Gonzales’ Land of the Lost, he breaks down the various stages a person mentally goes through when they realize they’ve become lost in the wilderness/jungle/desert. What’s even more fascinating is the fact that in some cases, children tend to outlast adults in similar desperate situations.

How so? Page 63 hints at this as Professor of Psychology John Leach is quoted:

Establishing a definite purpose to one’s existence strengthens survival, but it must be coupled with the breaking down of the person’s aim or purpose into simple tasks so that life can be handled one step at a time.
…..John Leach, Survival Psychology

In essence, processing situations like a child. A child’s first priority is to seek their comfort, instead of panicking and trying to mentally process the gravity of the situation.

Each wholesome story in New Age of Adventure leaves the reader with a heightened sense of mortality that our technologically advanced age masks so beautifully. 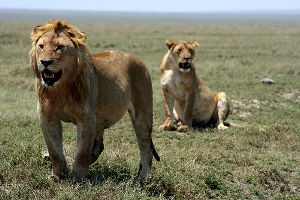 In Among the Man-Eaters, Philip Caputo writes about camping with and tracking Tsavo lions, the story behind the movie The Ghost and the Darkness which stars Val Kilmer as the lead actor.

He explores how the lions turned to hunting humans because humans were “safe and convenient” to kill. This heightened sense of death around each corner makes him “mistake his wife’s breathing for a lion’s.”

He goes on to describe just how easily:

…. a lion can drag you out of your tent, and run off with you, wonderful indispensable you, apple of your mother’s eye, and you screaming and scratching and kicking and punching, all to no avail, until he releases his grip to crush your windpipe, and the last sensation you have is of his hot breath in your face.
…..Philip Caputo, Among the Man-Eaters

As intriguingly page-turning as the stories were, the excerpts at the beginning of each story really didn’t do the descriptions of the stories themselves enough justice. I easily could have skipped over Peter Lane Taylor’s Off the Face of the Earth because its excerpt didnt’ seem as engaging even though the subject was profound, but I’m glad I didn’t.

As intrepid travelers, we flirt with the “idea” of adventure – from long distance trekking to kayaking open waters and ice-climbing glaciers.

The difference in mindset these stories aim to show is that life lived one frame at a time and broken down into manageable steps can guarantee survival in any situation.

Once we can get into this base mode of thinking on a daily basis, maybe we too can endure some of these incredible tales of survival and adventure.

After gracing newsstands for 10 years, the recent news of National Geographic Adventure ceasing publication after its December issue means now is the best time to grab a copy of this anthology commemorating the best adventure writing from the iconic magazine.