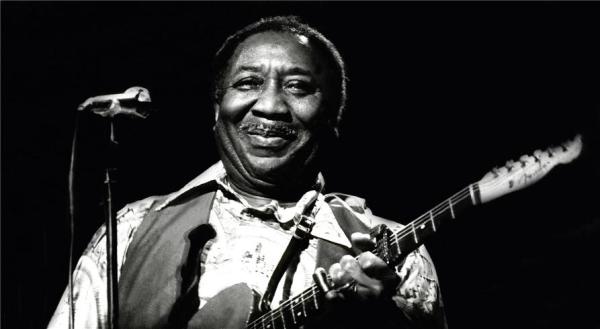 This is an evocative sampler of the raw, ragged blues that came out of the Delta in the pre-war years, from the likes of Charley Patton, Tommy Johnson and– of course– Robert Johnson, who so famously sold his soul at the crossroads.

Some later artists, including Muddy Waters and R.L. Burnside, are also represented.

A fantastic starting point, and an eerie accompaniment to any drive along Highway 61.

Admittedly, Muddy Waters is most closely associated with the Chicago blues scene, and in fact this album is a collection of his finest from the early Chess years.

But there’s no denying where he came from, or where he got the sounds that he made so famous.

Ike Turner and His Kings of Rhythm: Rhythm Rockin’ Blues

Before Ike & Tina, and everything that came after, there were the Kings of Rhythm.

They left Clarksdale for Memphis and released “Rocket 88” — which many folks would call the first ever pure rock ‘n’ roll song– in 1951 and continued recording, with a rotating cast of vocalists (and Ike on piano or guitar, and calling most of the shots) through the early to mid 50s.

This compilation rounds up Ike’s early work and shows the inarguable links between rock’n’roll and the blues.

Sam Cooke at the Copa

Alright, alright. Sam Cooke’s no bluesman (and yeah, my soul bias is showing).

But he is yet another huge talent who came out of tiny Clarksdale, and hey, you can’t listen to the blues for an entire roadtrip, right?

This live album from the Copa mixes everything from gospel to soul, country standards to pure pop — even a Bob Dylan cover! — in a consummate performance and, tragically, one of Cooke’s final recordings before his death at age 33.

Heading down south soon? Why not roll your own adventure with our handy blues guide.