Apple has one of the tightest and most unmistakeable brands in the world. And the Apple store is kinda like the brand made corporeal. Walking into an Apple store isn’t like walking into any other store in the mall / shopping plaza. You know you’re there…and that’s the point.

I’d imagine mimicking that brand-heavy experience would be pretty tough. But someone’s given it a go in Kunming, China. And it looks like they’ve done a pretty good job.

Good enough, anyway, to at least partially convince US expat BirdAbroad that she was experiencing the real thing. This was a couple weeks ago when she came across a new “Apple Store” near her apartment in Kunming, southwestern China.

But there were small indications that this probably wasn’t a Steve Jobs joint — construction seemed a little shoddy, employees were wearing generic name tags.

Her conclusion, that this is actually a counterfeit store, has been confirmed by wired.co.uk.

No word on whether the products being sold are Apple-legit, but according to BirdAbroad the staff adamantly believe they’re working for Apple.

Best part: On leaving the store, “a ten minute walk around the corner revealed not one, but TWO more rip-off Apple stores.” 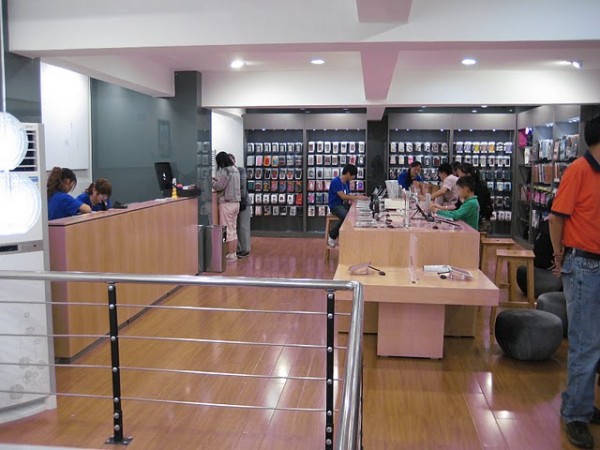 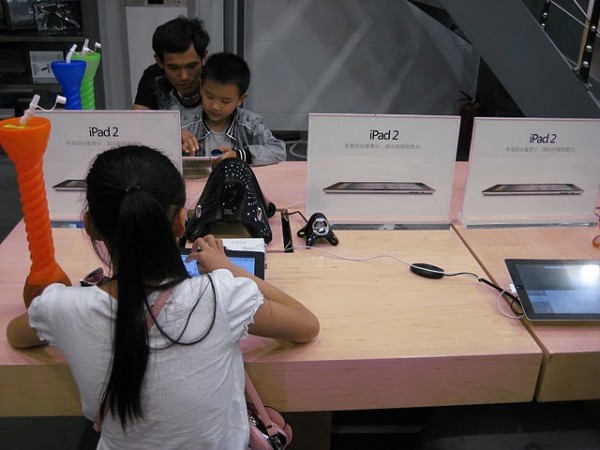 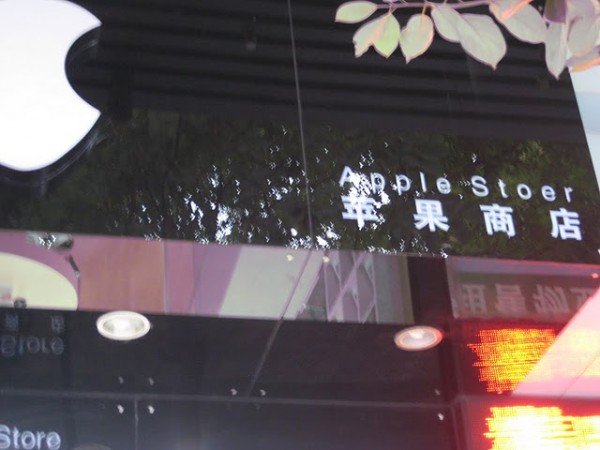 * Read the whole story and see more photos in Are you listening, Steve Jobs?