It debuted at #1 in over 30 countries during its first week. Rolling Stones gave it 5 stars in an almost borderline worship of the band in its review. Early reviews coming in are already naming No Line as one of the best albums of the year. 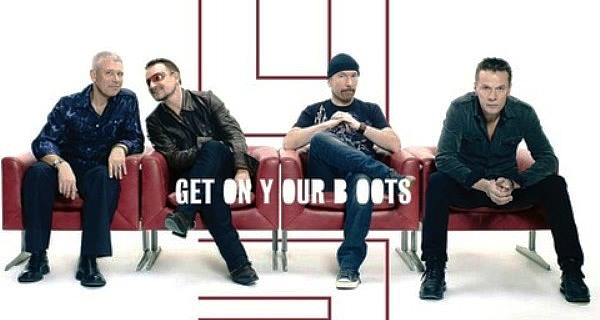 With the release of their last project, How to Dismantle an Atomic Bomb (HTDAAB), a lot of people (U2 fans alike) were left scratching their heads.

We didn’t fully get it. It felt incomplete.

Sure, there were tracks like “Original of the Species” and “Crumbs from Your Table” that showcased the band’s lyrical depth, HTDAAB was one of those albums you kept skipping tracks to get to your 2-3 favorite tunes.

So why such high marks for No Line?

Were we fans looking for something so different from HTDAAB that maybe we’re lavishing inordinate amounts of praise on this latest effort?

No Line’s retro-hip sound easily slides somewhere in between the edgy Achtung Baby and the more contemporary All That You Can’t Leave Behind albums, but with a distinct spiritual undercurrent to it.

You get the sense that despite being a pop-rock band, you’re listening to experience, profound depth, and multi-layered individuals urging us to introspectively examine ourselves and how we’ve each contributed – both negatively and positively – to the world as it stands today.

With lyrics such as “How can you stand next to the truth and not see it” on the track, “I’ll Go Crazy If I Don’t Go Crazy Tonight” and “Hear me, cease to speak that I may speak… Shush now” on “Unknown Caller”, each track’s lyrical content is solid… 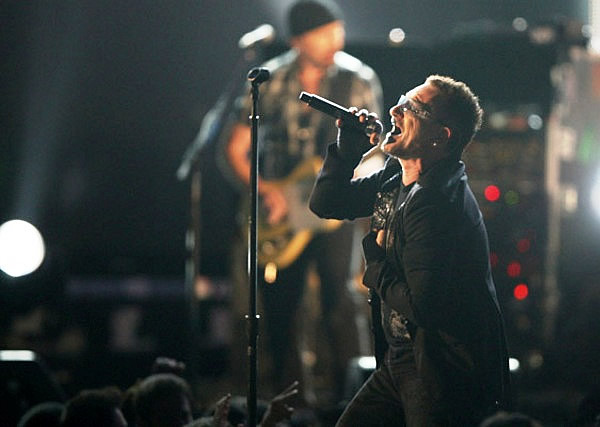 There are obvious standouts such as the energetic “Breathe” with its powerful aesthetics, but already an early contender for Song of the Year is the overly melodic “Magnificent”.

At first, you think it’s just Bono wailing almost gratuitously (which as a die-hard U2 fan, is my staple), but then you strip back the driving harmonics and guitar riffs, and read its lyrics:

I was born to sing for you, I didn’t have a choice but to lift you up, And sing whatever song you wanted me to, I give you back my voice, From the womb my first cry, it was a joyful noise……

And Bono’s wails take on a whole new, more somber feel, which left me saying, “this song is pretty magnificent”.

No Line on The Horizon feels complete and wholesome, and the high praise it’s been garnering all over the world has been for its lyrics.

It’s been all about the lyrics.

On the first pass-through of this album, you get the feeling U2 tried really hard to produce a totally opposite sound from HTDAAB. They didn’t need to. This may actually be a plus for fans of U2’s earlier sounds from say, Joshua Tree and War, in terms of the musical composition of the songs.

They get an A, not A+ for actually releasing the politically charged “Get on Your Boots” as their first single – one of the weaker songs on the album. Considering Boots is a sort of political anthem with a strong voice, that says a lot about the album’s strength.

No Line is no doubt one of their best albums lyrically.

Have you listened to the new U2 Album? Tell us what you think below.

Tagged
Travel Dublin, Ireland
What did you think of this story?
Meh
Good
Awesome

What NOT To Do in Dublin

Free Beer and a Friend in Ireland