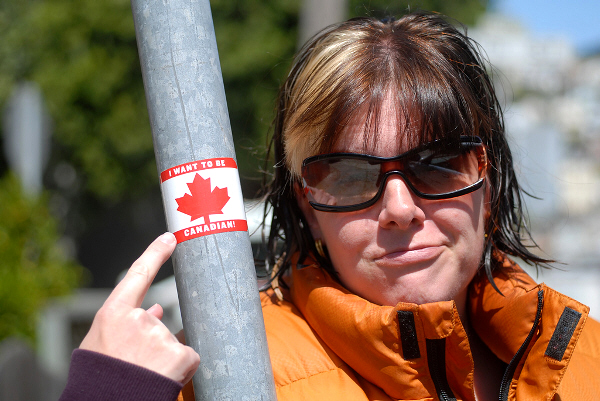 Feature photo by Diego Cervo. Photo above by holisticmonkey

Courting the Bull: An Anthology of Expatriate Literature in Spain – Edited by Sarah E. Rogers

In her introduction to this anthology of essays, stories, and poems written by expats who have settled in Spain, editor and Matador member Sarah E. Rogers writes,

“Expatriate literature blends the worlds the writer has emerged from and the world the writer now lives in,” the result being intersections of cultural identities and experiences that can be explosively funny or equally sentimental, and sometimes–—often–completely unsettled.

As I read the works collected in this anthology, the experiences common to most expats were in plentiful supply: translation mishaps that are both embarrassing and entertaining; efforts to connect with “locals” that sputter after coming up against cultural differences; and sizing oneself up against other expats to determine whose reasons for leaving home are more compelling and who has been more successful in acculturating.

Initially, I kept wishing these pieces were more polished; there’s roughness around almost all their edges, and I wondered why these particular selections were included (and what others were rejected).

None of the pieces really stood out for its exceptional writing, and many, like the short story “The Lute and the Fiddle,” seemed to be contrived, with forced dialogue or associations with Spanish culture that didn’t quite ring true.

Yet as I kept reading, I thought that the entire collection represented something much more interesting, namely, the ways in which we evolve in our identities as expats. The book’s essays, stories, and poems are, like many expat experiences, stumbling and unsure of themselves, their voice not quite authentic but striving so hard to be true.

In that sense and within that context, I was able to become more appreciative of this collection, which I’d recommend for other expats who intend to settle in Spain.

I was deep into the second or third story in this collection before I realized the book was not a collection of ethnographic essays about Marielitos, Balseros, and other exile groups who have left Cuba for the United States since 1980, but instead a grouping of short stories.

Rodriguez Milanes’ particular skill is inhabiting the diverse voices of each story’s protagonist convincingly, no small accomplishment considering that those characters include gays, old people, young people, middle-aged people, moneyed Cubans, totally broke and homeless Cuban Americans, and just about anyone you could imagine in between.

The plots, dialogue, and character development are all exceptional; Rodriguez Milanes clearly knows her subject and—, thank God,— manages to convey the realities of many different kinds of Cuban American exiles without pushing a political agenda of any sort.

My husband, a Marielito, read a couple of the stories before putting the book down, claiming it was “too depressing, too stereotypical.” The reality though is that while the stories Rodriguez Milanes tells may be fictionalized, they do reflect the true experiences of plenty of Cuban Americans, which he knows first-hand (and which is why he refused to read the rest of the book).

Highly recommended for anyone who loves a good short story and readers with a particular interest in Cuba.

The End of Belonging: Untold stories of leaving home and the psychology of global relocation – Greg A. Madison

Matador contributor Greg Madison’s book The End of Belonging, is the result of an academic thesis, but what makes it readable and fascinating is that it’s also about Greg’s own experiences as an “existential migrant,” a person who “chooses to leave [his] homeland, pushed out by deep questions that can’t be answered at home, and pulled into the wide world in order to discover what life is.”

Greg’s book remains academic, reporting on extensive in-depth interviews with 20 existential migrants, but it’s also wholly transparent. It’s clear throughout the entire text that Greg is undertaking this study because it is a topic that’s close to him, and one that he hasn’t entirely resolved for himself.

The End of Belonging is heady and deep, exploring ideas likely to be of interest to many Matador readers, especially those who find themselves migrating not because of political or social unrest, nor because of economic factors, but because of a deep need to understand the world and oneself.

Greg examines both the highs of this lifestyle (which is portrayed as a compulsion that is inescapable), and its lows, including what many experience as a persistent confusion about what and where home is and whether one ever really needs to belong anywhere at all other than to be at home in oneself.

Highly recommended for people who are perpetual nomads or long-term expats.

For more travel reading and book reviews, check out Matador’s In Focus page on Travel Reading.