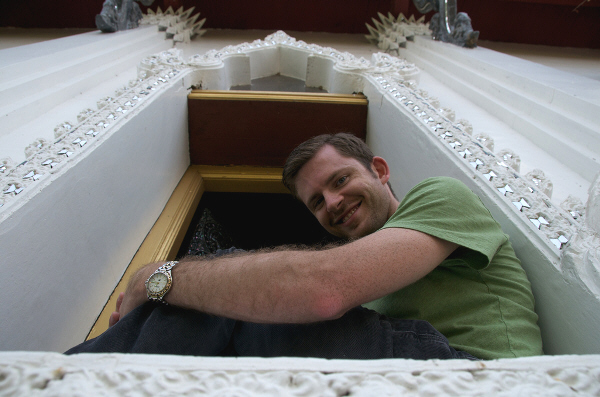 Photo of Chris by Stephanie Zito.

Matador catches up with the social media sensation behind The Art of Non-Conformity, Chris Guillebeau between trips as he continues his quest to visit every country on earth and dominate the world.

Writer, traveler, entrepreneur and self-proclaimed lifelong learner, Chris Guillebeau is living the quintessential location independent lifestyle. His extremely popular project, The Art of Non-conformity (AONC) is followed by roughly 35,000 readers, and according to him,

The Art of Non-Conformity (AONC) project chronicles my writing on how to change the world by achieving significant, personal goals while helping others at the same time. In the battle against conventional beliefs, I focus on three areas: Life, Work, and Travel.

So what does a man on a quest to visit every single country carry around with him? Matador caught up with Chris to find out what his top five items are on his packing list.

These take up the biggest space in my bag, but I don’t want to be without them. I run 4-5 days a week at home and 2-3 days a week while on the road. On my last trip, I remembered the shoes but forgot my running shorts. Oops — but thankfully I had some Lufthansa pajama pants that I put to good use out on the pavement.

I use a $3.79 notebook as my main source of outlining ideas and creating to-do lists. To be fair, I’m on my laptop several hours a day as well, but the best ideas tend to start in the notebook.

I’m not a big tech guy, but being able to get online is critical for my work. Having the MiFi is the best technology investment I’ve made. For now, the MiFi works only in the U.S. and Canada, so it’s not of much use on international trips — but I’m hoping for a global version at some point.

This includes my Passport, Backup Passport, International Driver’s License, Proof of Yellow Fever Immunization, etc. Once in Nigeria, I forgot to bring the immunization record, and I was coming back across the land border to Benin.

A nurse friend who shall remain anonymous agreed to forge one for me. The funny part was that it was a child’s form, so it asked for the names of both my parents and how tall I was. The guy at the border gave it a strange look — but let me through.

On a typical round-the-world journey, I’ll collect 5-10 different airline amenity kits. I then give them away to blog readers, to the audience whenever I speak somewhere, or to surprised hostel and bar staff who didn’t expect to be blessed with an Air New Zealand or Singapore Airlines washroom bag. 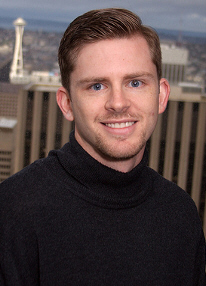 Photo of Chris by Robert Gash.

Chris served as a volunteer executive for a medical charity in West Africa from 2002-2006.

He gave keynote speeches to presidents, hung out with warlords, and learned far more in those four years than anything he learned in college.

After his time in West Africa came to an end in 2006, he went to Seattle for a graduate program in International Studies at the University of Washington.

He enjoyed his studies, but enjoyed travel even more – during every break between quarters, he traveled independently to countries like Burma, Uganda, Jordan, Macedonia, and 20 more.

So far he’s been to more than 100 countries…