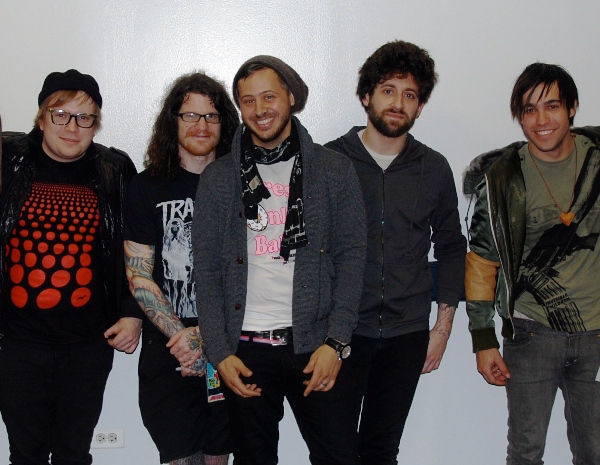 With Fall Out Boy. All photos courtesy of Justin Thompson.

Here’s what he cannot live without on the road.

I’ve had my backpack strapped onto my back nearly every day for the past three years of touring the world.

Its contents vary but typically it handles two Macbook Pro laptops, aNikon D60 camera and an extra lens, a Diana F+ 120mm film plastic lens camera, some sort of snack, some hair product, a spare T-shirt, and my iPod nano.

It goes everywhere with me.

I use a Nano primarily because it’s the iPod that works with the Nike+ running system.

I try to run in almost every city I can – and being on tour with Fall Out Boy, I have been to a different city almost every day for the past three years while we are on tour.

I love getting out to see a little bit of each city and the run gets me exploring.

Awesome for traveling. Having google maps and directions at all times is great. Constant Twitter updates on our travels (follow me on Twitter: @JustinAThompson), email, text, and camera all at your fingertips at once is also great.

The built in iPod isn’t bad either. You really learn to appreciate a multipurpose tool like this when you are out traveling with limited space for a million gadgets.

I travel with my Panasonic DVX100B. This thing is a true road warrior.

Sure, there are many newer, fancier cameras out there but this rugged beast has traveled with me for years and has seen hundreds of hours of footage.

For still photography, I carry around a Nikon D60 with various zoom lenses.

I started out just shooting video but picked up photography when we got out of the States and into some really cool scenic stuff.

In many cases I just wanted pictures for myself. That led shooting concert photography as well since I had all the gear out with me.

Now I spend just as much time shooting photos of bands (candid and on stage) as I do shooting video of them. I also shoot film on a Diana F+ plastic lens camera for fun – I develop the film myself.

These are my favorite shoes on the planet.

Walking around a ton of different cities, my feet see a lot of miles. I love having these things on my feet. They are the freshest looking shoes I’ve seen. I pack as many pair of them as I can fit in my suitcase.

Not only are they comfortable but some of them look so crazy that when people see them, they ask “What the hell are THOSE things?”

Somebody is always sick on tour. And that shit spreads like wildfire. I always keep a pack of Airborne in my backpack and pop one every time I hear that someone around me is sick.

I am a Final Cut Pro editor primarily, and since I edit while I travel, I use a Macbook Pro laptop.

I got my first one roughly two years ago and recently got a brand new one and I travel with both. Taking out two laptops at airport security isn’t fun but the good outweighs the bad.

These are super stylish and sound great. I listen to a lot of music when I travel, and have tried a LOT of headphones.

Skullcandy headphones are affordable and for the price, they sound amazing. I currently use a pair of White TI’s with a faux fur headband and ear cups.

Black and Decker Power to Go

Charge one of these up and you’ll have a portable power outlet anywhere you go, any time.

I have used this to get some extra time on my laptop, to charge my phone when an outlet isn’t available, to charge my camera batteries in emergencies.

Great to have around. 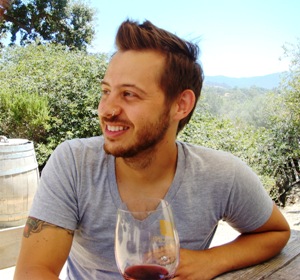 Justin Thompson has been traveling the world with the rock band Fall Out Boy for the past three years documenting their travels through photo and video.

He is from Chicago, but also spent some time living in LA and working on various film projects.

He directs music videos and is hoping to make a full length film in the future.