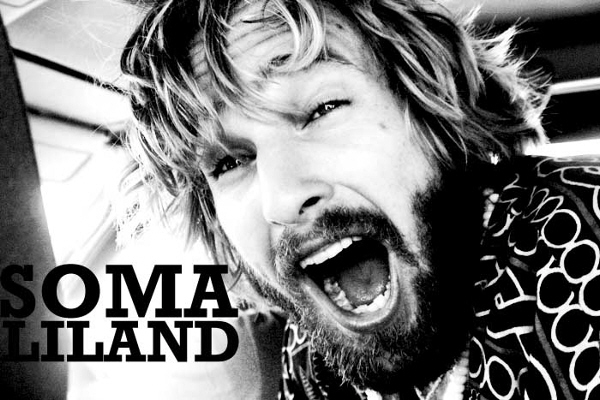 Traveler, filmmaker, and humanitarian Sebastian Lindstrom has traversed the globe multiple times…trekking deep within the jungles of Papua New Guinea, crossing Africa by bus and train, to his most recent slow travel across Mongolia and Kazakhstan with his documentary crew.

Some people talk about making a difference. Sebastian Lindstrom gets out there and actually makes a difference at the grassroots level. A true nomad in every sense of the word.

When I reached Seb for this piece, he was in Berlin and on his way to Madrid and Hong Kong after two days at the Professor Muhammad Yunus Global Social Business Summit in Autostadt, Wolfsburg, Germany.

“With tickets at 950 Euros per person, what guerilla skeleton crew of four could possibly enter this event by paying? Crashing conferences is the new route for the grassroots to have a voice,” adds Sebastian.

Here’s a peek into his well-worn backpack:

With our new Canon 7D we conduct guerilla film-making.

This SLR-camera shoots amazing HD video and there is no need to worry anymore about getting caught by border police or the military as they assume it is a small photo camera and believe that we are the tourist students that we say we are.

The Zoom enables us to record high quality audio either through the device or via our Sennheiser devices.

With many failed attempts for automatic-synchronization of audio and video we are now back to basics with a manual ‘old school’ home-made clapper along with Final Cut Pro precision work matching the two tracks.

“Manual is the new automatic”

Best hard-drives for filmmakers in the field. The Lacie Rugged firewire drives (almost) always deliver. Occasional blackouts don’t stop us from investing in more of these all-round backup and editing drives.

Without them, we wouldn’t be able to sit on a bumpy bus across the desert maximizing our time by editing footage until battery time runs out on our MacBook Pros.

We screen draft footage and finished documentaries in the same regions we film in.

With the support of borrowed generators from local communities, we have organized screenings with our pocket-projector and powerful Bose speaker to crowds of up to 200 hundred people in the jungles of Papua New Guinea, to camel herders in the Kazakhstan steppe and students at European universities.

Video is a powerful tool to bridge knowledge and create dialogue.

The team and I have taken up the challenge, not only of tracing camel cheese around the world and documenting people’s passion for cheese and the camel, but of using the camel as a vehicle to explore and discuss the wider issues of burgeoning of cheese cultures, the decline of ancient tradition and camel populations, marginalization of the people who herd them, and the huge medicinal potential of the camel’s milk.

In my backpack, I have ‘respect the camel’ stickers that are distributed to people who are equally as excited about this project as we are. I started out with 4000 stickers and now almost 4 months after the project started, there are only 500 left. 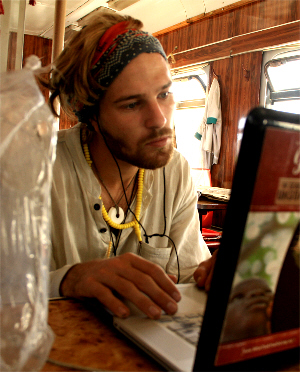 An experienced (understatement!) traveler and filmmaker, Sebastian was formerly a member of the Swedish Special Forces.

He has many years experience living and working in West Africa and is the co-founder and chairman of Light For Children, an NGO working with HIV-infected children in Ghana, and Co-founder / Producer of the What Took You So Long Foundation that films and screens grassroots NGOs, untold stories, and unsung heroes in some of the more remote corners of the globe.

Over the last five years he has led teams to Africa, Papua New Guinea and Asia – right now, he is looking for camel cheese. He just finished an Aid Effectiveness in Africa screening and open space discussion tour with the amazing worldwide incubator Sandbox at top universities in USA and Europe.