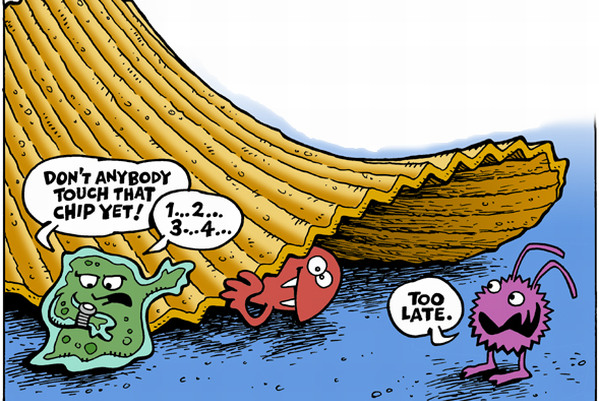 Seems many of the things we take for granted as common knowledge just aren’t true, and that many of these so-called facts were taught us at school. Here are 20 misconceptions about the world.

1. Water is blue because it reflects the sky

Water looks blue because pure water is a blue chemical. The blue color is caused by the molecular structure as well as selective absorption and scattering of the light spectrum. Impurities and other elements such as algae or plankton can create variations in the color. Water appears clear in a cup or in a shallow pond because it’s only slightly blue and there isn’t much water volume. 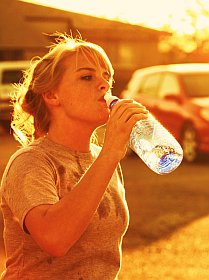 2. We need to drink 8 glasses of water per day

Experts agree we need eight cups of water per day. But most people assume that ‘cup’ – a unit of measurement for liquids – means ‘glass’ – which can be anywhere up to half a litre. The actual amount we need is about two litres of water a day.

But you don’t need to drink just water, since it’s present in many drinks (such as juices and tea), as well as food like fruits and vegetables.

The most correct statement? Drink when you are thirsty.

3. The Greenhouse Effect is the cause of Global Warming

The greenhouse effect often gets a bad rap because of its association with global warming, but the truth is we couldn’t live without it.

The greenhouse effect is the process by which the infrared radiation from the Sun, reflected back from the surface of the Earth, is absorbed by greenhouse gases such as water, CO2 or ozone. These gases trap the heat and regulate the climate, and are essential for our survival. 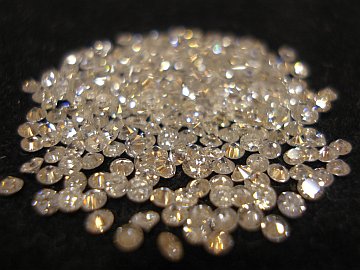 4. Diamonds are made of compressed coal

The idea of diamonds being formed from the metamorphosis of coal is still a widely taught concept, but a wrong one. The misconception is because diamonds and coal are both made of carbon; however, coal comes from plants and most diamonds date from well before any living plants on Earth.

The carbon that makes diamonds comes from the melting of rocks in the Earth’s upper mantle. If conditions such as the chemistry, pressure and temperature are right, carbon atoms can be formed into diamond crystals.

A better statement is that we normally use only about 10% of our brain at a time. Different activities trigger different parts of the brain. For example, solving a mathematical problem uses different brainpower than watching a movie or cooking dinner. Over the course of a day, most people use all parts of their brain. 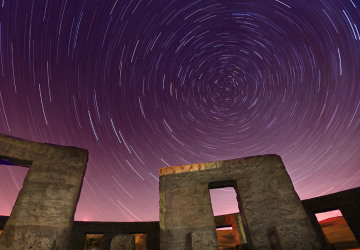 6. The North Star is the brightest star

If you try to find your way in the wild at night by following the brightest star, you’ll probably end up getting lost. Polaris, also known as the North Star, isn’t actually all that bright and is hardly seen from your backyard.

The brightest star in the sky (apart from the Sun) is Sirius, located in the Canis Major constellation.

7. There is no gravity in space

Watching astronauts take giant leaps for humanity on the Moon or drift in space around the ISS, it’s easy to assume there is no gravity in space. Actually, any object with a mass exerts a gravitational pull, and space is full of objects. The strength of this pull depends on both mass and distance.

Astronauts in orbit are still subject to the Earth’s gravity, but are weightless because they are in a constant state of free-fall as they orbit the Earth. Walking on the Moon, astronauts are no longer in free-fall and so are subject to the Moon’s gravity – about one sixth the strength of Earth. 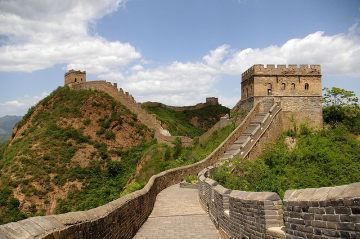 8. The Great Wall of China is seen from space

Just shy of 9,000 km long, the Great Wall of China is the longest manmade object on Earth, and it is often said it can be seen from space, even from as far away as the Moon. But both NASA and even China’s first astronaut have said this is not possible.

The Great Wall is narrow and irregular, measuring about 10m wide on average, and can be hard to distinguish from the surrounding environment. Seeing it from the Moon would be equivalent to seeing a single hair from 2,688m away. 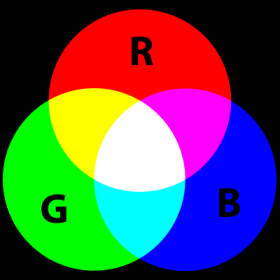 9. Seasons result from the elliptical nature of Earth’s orbit

If this were true, winter would be hotter than summer, since Earth is closer to the Sun in early January than in early July. And besides, the difference in distance is relatively small.

Seasons are caused by the Earth’s tilt, meaning different parts of the planet lean towards (summer) or away from (winter) the Sun at different times of year. The tilt determines the Sun’s height in the sky and the amount of sunshine a given location receives. That’s why it is winter in Australia when it’s summer in Europe.

10. Red, Yellow and Blue are the primary colors

Unlike RGB and CMY, red, yellow and blue can’t reproduce every color in the visible spectrum – RYB has a significant bias towards browner colors!

How to plan for 2021 travel in the age of COVID, according to 23 travel agents
Everything Americans need to know about traveling to Mexico right now
The best stops on the Blue Ridge Parkway
7 countries you can’t enter if you have a DUI
13 airports where you can get tested for COVID-19 in the US