Ask any music geek: David Bowie has been around since forever. He’s been in the music business since 1964 — in terms of pop culture, even 15 years is ancient time, let alone 40. This extraordinary creature has a thing or two to teach us about life, changing, choices, and everything in between.

1. A slow approach to travel is inspiring.

Did you know that Bowie always chooses to travel by land or sea and has been doing so since at least the ’60s? In the mid-’60s, a trip from Japan to England by sea and train, crossing the Soviet, block inspired him to compose the dystopian Diamond Dogs album and consequential tour.

Planes are only the fastest option. Try traveling by ship, train, even bus or car. Not as a means of saving money, but as an immersive and contemplative experience, to see the world around you, taking the time to think.

2. Culture is everything and everywhere. 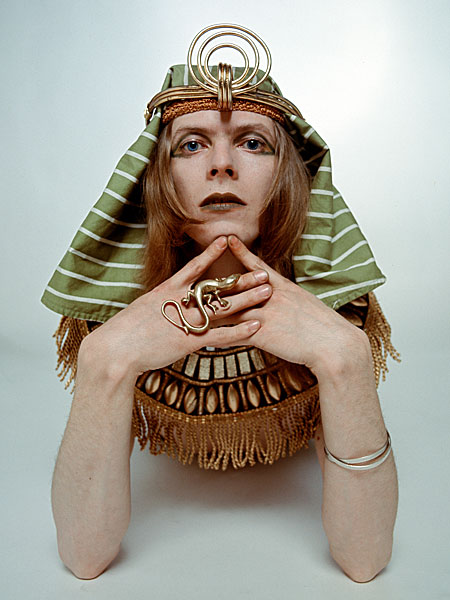 Bowie is a very gifted musician and actor. Still, as rare as the combination is, he’s not the one and only to find success in both.

What makes Bowie such a unique character is the fact that, being a deeply intelligent person, he always functioned as a sponge. The David Bowie Is exhibition (held in London in 2013, currently in São Paulo) details many sides of Bowie’s influences: films, painting, sculpture, clothing, books. Especially books.

Food for thought is everywhere, and curiosity is the first step to creative achievement.

Ziggy Stardust acted as a major rock god before actually being one. The Dame frequently and unexpectedly transformed into someone new. Gay and straight, crazy red-haired and elegant blonde, scary skinny and healthy slim, a British hippie and a natural-born New Yorker. Not to mention an alien, a boxer, a Pierrot, the (bizarrely very hot) king of dwarves, and the Elephant Man.

Through it all, what Bowie did was to remain true to himself while making everyone share his vision. The man’s a firm believer in himself. While not everyone is born to be a master manipulator, we can all benefit from self-belief — especially if you’re an artist. It takes strong conviction to sell an idea.

It’s been said that the only tattoo to maculate Bowie’s fair skin is a kanji. He has a penchant for all things Japanese, being attracted to the culture since the early ’70s. Legend says Bowie’s interest in noh and kabuki theater comes from his period involved with the art of mime (yes, that happened) in the mid-’60s and reached new heights when he first flew to Japan during the Ziggy Stardust tour. The consequential Aladdin Sane costumes are some of Bowie’s most recognizable images, designed by artist Kansai Yamamoto.

Japanese art teaches about human balance and appreciation of nature and aesthetics. No wonder a keen eye such as Bowie’s became fascinated with it.

5. Change is good, as is exiting your comfort zone. 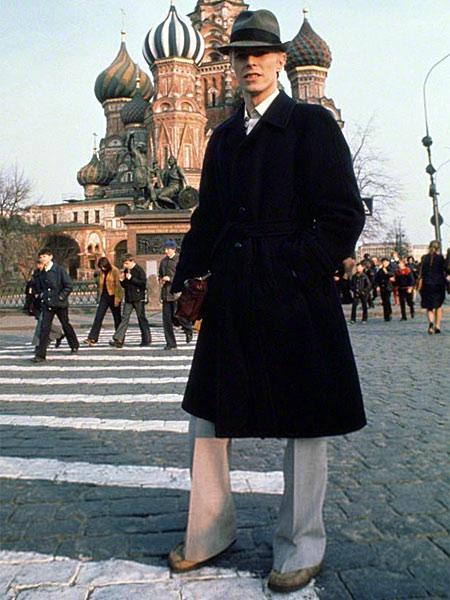 After conquering England, Bowie moved to the US. Unable to deal with the drugs-and-superstar circus, he retired to Europe and notoriously ended up in Berlin alongside his friend/inspiration James Osterberg, of Iggy Pop fame. The so-called “Berlin trilogy” (albums Low, “Heroes”, and Lodger) represent a new moment in Bowie’s music — openly non-commercial — and a need to break with the past to move along.

When Bowie returned to pop, it was going off in great style: the Let’s Dance era. The skinny, transparent-white Bowie mutated into the golden, smiling poster boy of the yuppie age. In order to achieve the success he wanted, he needed to get away for a while.

It happened again during Bowie’s “lost decade.” There were no albums from 2003 (when he ended a tour after suffering a heart attack) to 2013, but it was, in fact, a very productive time, with the artist contributing to soundtracks, making film appearances, and singing as a guest on other artists’ albums. He chose to go discreet, take care of his health (and quit smoking!) and family, and circulate in other spheres. But, again, when David Bowie chose to come back, it was huge news. The Next Day, his most recent album, will always hold a special place in Bowie’s discography.

Change depends on you and always comes in steps. Think about what you want. Run away from what you don’t want. Surprise yourself and others in order to move on. And go live in Berlin as an unknown artist if that’s what you need.