After a long stint working as wilderness therapy instructors, Gregg Treinish and Deia Schlosberg were in need of some serious change. Lovers of travel and the outdoors, they began planning an extensive trek in the Andes. They researched and talked to fellow adventurers who had been there, but nothing could prepare them for the hardships and elation their two year journey would bring. 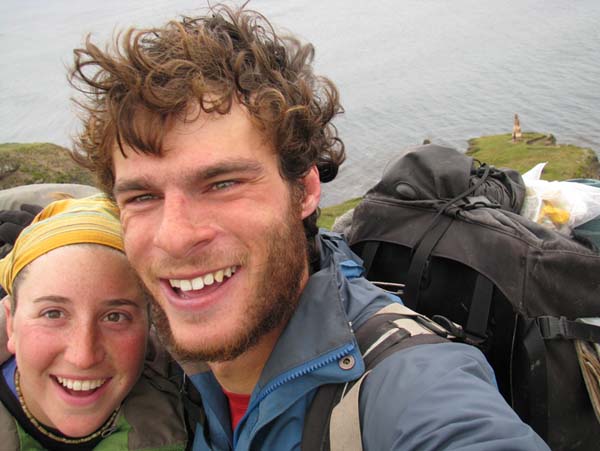 All photos courtesy of Gregg Treinish and Deia Schlosberg

By the time they finally reached Tierra del Fuego, Treinish and Schlosberg had trekked up mountains, waded through boggy marshes, bonded with local families, bushwhacked through bamboo, and even contracted typhoid fever.

The couple’s journey recently made them National Geographic Adventurers of the Year, and has secured their place in the history books of ordinary people doing extraordinary things.

I caught up with Gregg and Deia to discuss leaving normal life behind in order to embark on a life changing trek, the big lessons they learned, and how they impacted the people they met along the way.

(MT): You decide to take off from your regular lives and trek the Andes. What goes through your head and heart before embarking on such an adventure?

To me, the unknown has always been incredibly exciting. Not having any clue what lay around the next corner captures this special place inside my head that is very deeply attached to a visceral feeling of being alive, of doing something worthwhile. 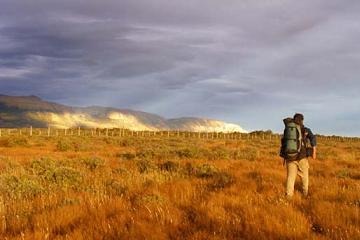 Oftentimes, I find myself saying that had I known what was in store I might not have gone; this is certainly the case with the Andes as the challenges were far greater than either of us anticipated. Before the journey, there was a lot of fear, which my mind somehow translates to excitement.

I think that in order to follow through with something that you know could very well be your demise requires a certain level of denial.

Travel is obviously a catalyst for learning. What were some preconceived notions or expectations you had that quickly disappeared once you got into your trek?

The preconceived notion that most-quickly comes to mind for me is the idea of poverty that we went into the continent with. My expectation was to see poverty, to see hunger, to see people living in tragedy.

What I found was that while it certainly exists in South America, the vast majority of people in the Andes are living with everything they need and in many cases more. They don’t have many of the modern amenities that we have grown so accustomed to, and which I must admit I missed from time to time along the way. 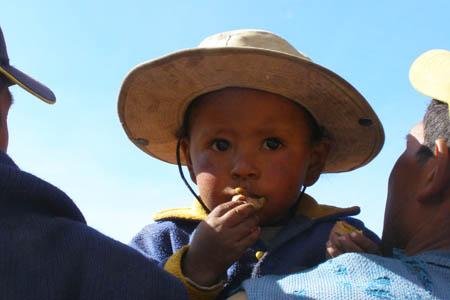 They do, however have food, shelter, clothing, access to health care, and perhaps most importantly, a connection to their families and where they come from. They live lives of leisure, at least for the majority of the year. They get what they need from the earth, and she takes care of them well.

In your second installment in Wend Magazine, Deia wrote: “How much and what kind of an impact have we had by being in any of those places along the length of the Andes? Do we want that impact to be more or less than it actually was? What impact have they each had on us?”

Having been back for awhile, can you now quantify that impact? How do you incorporate it into your current life?

I don’t think I’ll ever know our true impact on the people and places we encountered. I do know that we’ve kept in touch with several people we met along the way, and we’ve heard from many others who told us they were inspired by what we did–which is a wonderful thing to hear….

When I originally wrote that entry, I was talking about our impact environmentally, and I sure want to believe that our presence had a positive net impact. We tried to educate people as often as we could about human influence on the environment and about the concept of living sustainably.

Whenever people thought we were nuts for carrying our trash out of the field instead of tossing it on the ground, we would try to start a discussion about why. Things like that happened very frequently, and along with our very small carbon footprint, I think we came out on top. 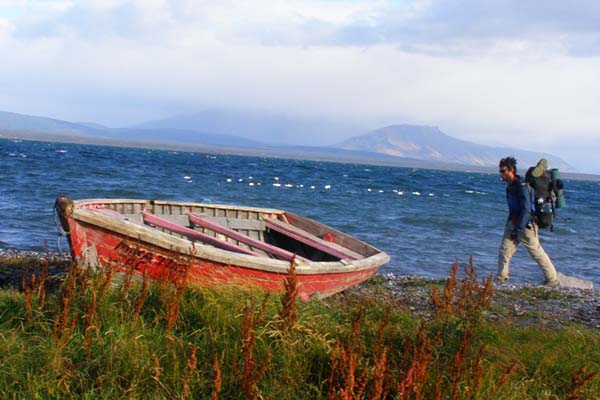 The impact each place we passed through had on us is profound. Some more than others, obviously, but not necessarily the ones I would have thought at the time.

For example, although Fitzroy was perhaps the most stunning place visually, I think our internal processes at any given time had much more to do with the impact of a particular place, such that a nondescript corner in an unnamed canyon meant more to me than Fitzroy because of a particular realization I had there.

I think the only way to quantify that impact would be in terms of the number of people we’ve had the opportunity to share our story with, and especially, to share the lessons of our journey with.

To date, we’ve done presentations for maybe a thousand people spread out amongst several venues around the country, we’ve written for Wend Magazine, been in National Geographic Adventure, Backpacker, Outside, and many smaller publications.

And hopefully, for each person who saw our story, we were able to give them or remind them of one small thing they could take back with them to their daily lives. My hope is that the little bit that stuck was a mindfulness of our connection to the rest of the world and the significance we each have in contributing to the big picture.

In terms of sharing what you’ve learned with the greater community, what is one crucial lesson gained from your trip that you hope others will consider?

One of the most important things we learned from the trip is how connected to the outside world the people of the Andes are. While they don’t have modern amenities they do have AM/FM radios, often charged by solar power. They listen to the news, they know American politics, and they form their opinions of us largely from the media they see and hear.

Whether for good reason or not, the people of the developing world look up to us. They see America as the land of the way things should be and they very much strive to “progress” to what we have.

This becomes essential when we look at the choices both individually and with legislation that we make in the years to come. If we adopt new and “green” ways of life, the rest of the world will certainly follow.

Trekking 7,800 miles is pretty impressive and you were recently named National Geographic Adventurers of the year. Did you ever dream your trip would lead to so much press and acknowledgment? Did the two of you plan this trip with the intention of putting yourselves in the history of adventurers?

When we set out on what we thought would be a one year 5,000 mile journey, we had no idea no one had done what we were attempting. We had no idea that it would be as difficult as it was either, which may explain the lack of success people have had down there. 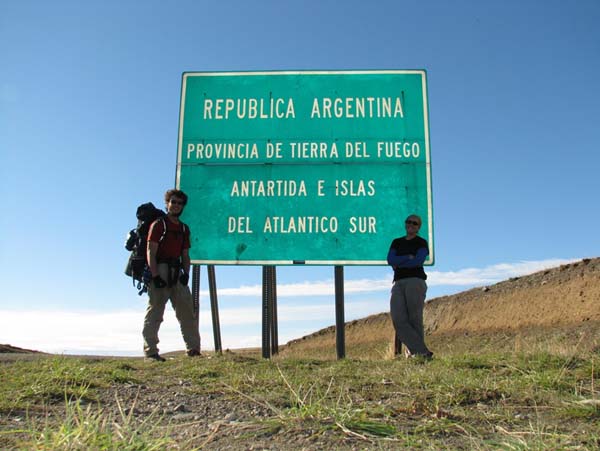 Somewhere near the end of the journey– after maybe 7,000 miles of walking– we joked with one another that it would be cool if we could write about our adventure for some of the magazines. Never in our wildest dreams did we imagine we would get the honor that we did from National Geographic and never did we think others would genuinely want to hear our story.

One thing is clear, you guys are used to walking, so I have one final question: Do people make fun of you now when you choose to take the car to go somewhere instead of walking?

“Did you walk here?” is definitely one of the questions we have been asked the most since being home. That goes for a trip across the country or to the local bar. People really just don’t comprehend what it is like to travel on foot for so long. In our modern world of convenience we have forgotten how great it can be to slow down and enjoy what is around us. 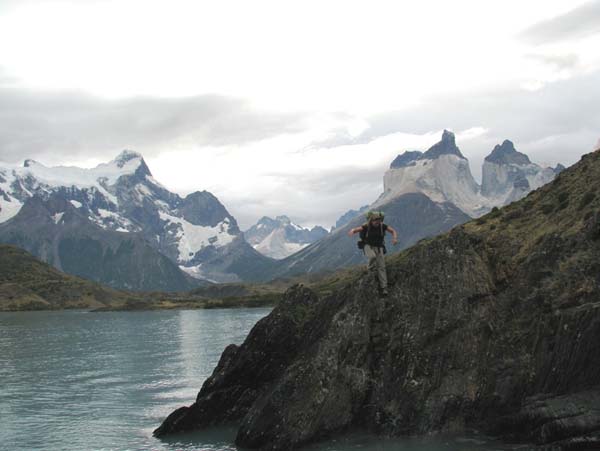 You can listen to Gregg and Deia read the first part of their story published in Wend Magazine on podcast! Check out Wend Magazine’s Digital Story Project.

For those interested in a portrait of a local community in the Peruvian Andes, check out Huayhuash: A Convergence of Change and Resilience.