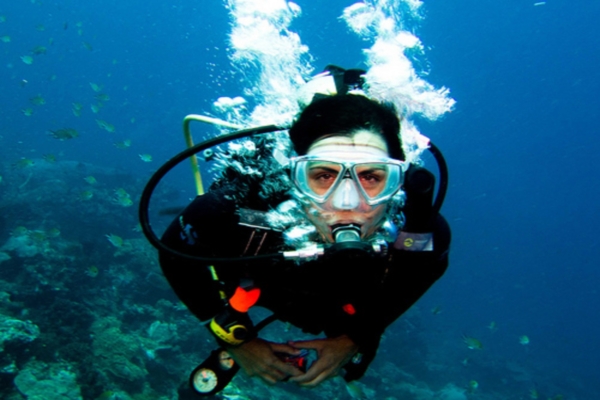 Having trouble letting go of the magic of travel when returning home? Turner Wright suggests some jobs that might help ease the transition.

I’ve been home for five months now, and even with the constant domestic travel and occasional Couchsurfing, the loneliness still creeps up on me. No, that’s not right… not loneliness, but rather that feeling of losing what makes travel so special.

In a foreign country, you can’t help but stand out. You’re the new face, the new language, the new hair, the new personality… the new everything. That strangeness extends to your own behavior as well. You have to adapt quickly to changing and unfamiliar circumstances, meet and talk with people who may have nothing in common with you. It keeps your brain firing, and you’re always guessing.

That may sound unpleasant to the non-traveler, but to those of us who love the feeling of strange, returning home leaves us unstimulated, bored and out of place.

How can we recapture the spark of travel?

Certainly, you could move on to another country. Or you can find a job that allows you to recapture those feelings of being abroad. 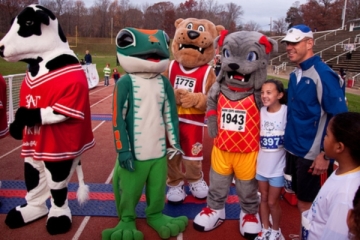 Being a mascot for a promotional event — Energizer Bunny, Geico gecko for example — reproduces the feeling of being a stranger in a strange land. You draw attention to yourself based purely on appearance, so if you can’t speak the language, it really doesn’t matter.

Not that they’d be able to hear you in that suit, anyway. High paying contract work makes this ideal for travelers temporarily or even permanently repatriated.

Tour guides puts you in the position of working with people from all different nationalities. Most of the people you’ll encounter in this position generally only stay for a short period of time. Just as you represent your country as an expat, you do so while escorting visitors from landmark to landmark.

The same position, but without the income? Couchsurfing host. 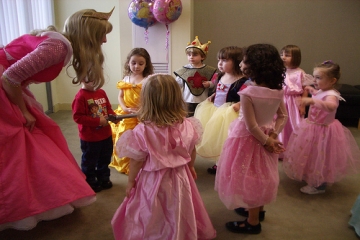 Similar to mascot work, the trend of hiring superhero and princess costumed entertainers at children’s parties offers you the chance to teach kids to believe in magic, fairy tales and superhero powers. This job is high paying, with flexible hours and the added bonus of seeing the look in a child’s eyes as he sees his favorite cartoon character come to life.

Other jobs allow you to maintain a flexible schedule — so you can take off for travel when you want — or give you the benefits of working on the road. Travel writer or photographer are two well loved Matadorian professions. Here are some others to consider.

I tried this one not too long ago, promoting different companies at various conventions across the US. In Reno, I met several Kiwis and Aussies selling vacation packages. One hitch: convention workers are generally hired in-house. You can talk to your current company about including some extra work as an added perk. Expect between $10-30/hr.

I met a Couchsurfer on Kou Tao who found his bliss working as a scuba instructor around the world. The position of scuba instructor is highly specialized, always in demand, and pays fairly well. Kou Tao is a great, cheap place to get trained up if you’re considering this. Averages about $33,000/year.

If you’re an avid diver, though, without the extensive training required to be an instructor, you can also find work on dive boats and in dive shops worldwide. 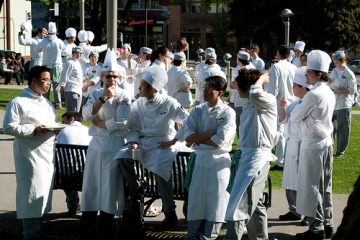 Why not apply to be a sous chef at any number of international hotels, casinos, resorts? You’ll be eating well and have a bit of luxury many travelers don’t have. You’d be eating well, too.

There are also some very specialized positions that allow you to visit places the general public aren’t allowed. For example, head chef for scientists studying at Isla de los Monos in Panama. Salary varies considerably.

You’re a tour guide, but essentially standing behind a desk, waiting for others’ obscure questions about the area. Regardless, being a concierge in a large city with an international hotel offers a bit more stability that most traveling jobs, and as long as you’re knowledgeable about your surroundings and have a decent amount of experience in hospitality, it’s worth a short-term contract. If you’re just getting started, consider being a waitress or host to prepare for the position.

You must be good. Pass that language test. Show references. Be prepared for anything. While you won’t need the precision of an official United Nations’ interpreter, this is not a good profession to take on if you’re not confident in your language skills. If you are, however, the world is a land of milk and honey: free travel, the chance to speak with foreigners on a regular basis, very high pay. Think around $65,000/year for a stable position, but you can charge almost anything when answering on-call demands and Craigslist ads. 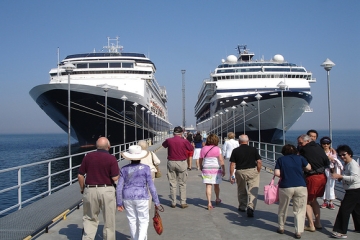 Working on a cruise ship isn’t entirely freelance but offers limited-term contracts and the chance to explore countries between ports of call. Do you have experience working with children? Why not go for youth activities director? Feel like being surrounded by smoke and alcohol? Blackjack dealer is best for you. Short-term contracts guarantee you free room and board, as well as a few thousand dollars for a few months’ work.

Well qualified health care is needed world wide. There are plenty of services that provide short term and often renewable contracts, that allow you to travel, live and work anywhere in the world. Salary does vary, but often includes health insurance, apartment rentals and plenty of time off to do your own exploration.

Any other jobs you’d recommend for people who love to travel? Leave your thoughts in the comments.

Also, coming soon to Matador Life. A new series on jobs, called How’d You Get That Gig? We’ll explore different professions, dream jobs and careers that are fun, flexible, and allow for travel. We’ll even show you how to train for them and land the job for yourself.

Our first installment will be How’d You Get That Gig? Boat Captain. Watch for it in the coming weeks.