FLIGHT ATTENDANTS HAVE a rough job. Not only do they have to deal with irritated, demanding, and childish passengers, but they sometimes have to deal with sexist jackasses who complain about their physical appearance. Flight attendants of at least one airline, however, have a company that will back them up.

Passenger Andres Horacio Pignataro posted a particularly sexist remark on Aerolineas Argentinas’ Facebook page, and got this awesome response from their communications team: 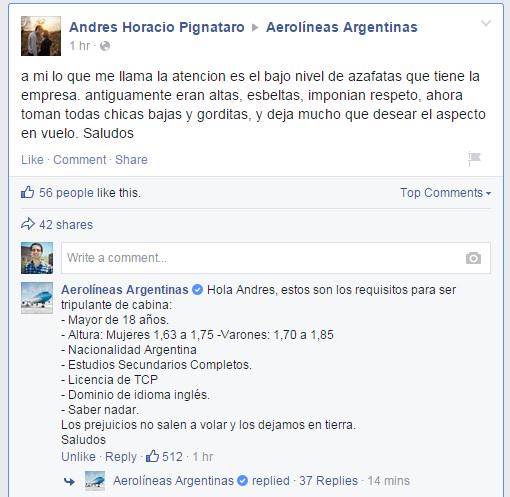 The translation of his comment is roughly: “What gets my attention is the low quality of the company’s hostesses. They used to be tall, slender, and they commanded respect. Now they are all short and fat and leave much to be desired in appearance in flight.”

“Prejudice doesn’t fly: we leave it on the ground.”