Americans have got a pretty bad rep as being “a bit on the heavy end” when compared to other international travelers abroad. And sure, we’d like to espouse that this reputation stems from a mostly-false stereotype (informed by our love of cheap and ubiquitous fast food which, let’s be honest, barely counts as food to begin with). But we can’t exactly deny that roughly one in three men and women in this country are obese, planting us firmly in the highest echelon of chubby nations around the world.

Yesterday, real estate search engine Estately published a series of US maps chronicling the top 10 US “couch potato” states. Yes, their findings may be riddled with excessive judgement and questionable statistics, but (taken with a grain of salt) the trends Estately found do offer some interesting insight into the general habits of the good ol’ US of A. 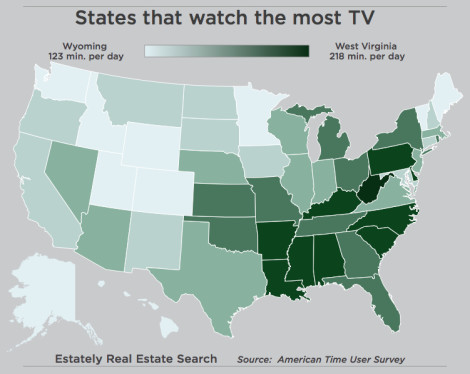 Okay, I don’t think anyone could argue that this might be a fairly legit metric for studying a state’s couch-potato-ness. 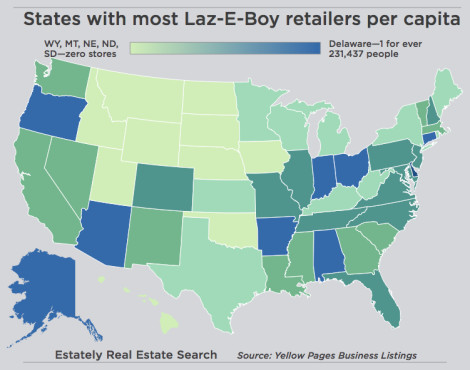 Though this map doesn’t illustrate whether or not people actually shop at those Lay-Z-Boys around the country. 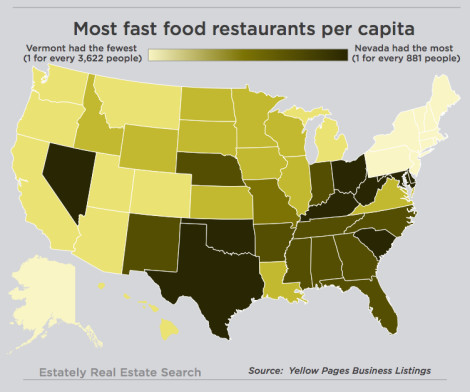 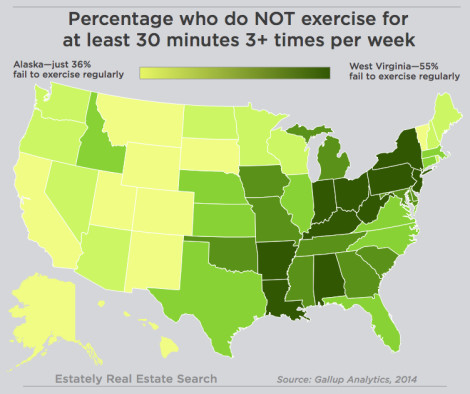 West Virginia is also the “second poorest state in the US,” so it’s only fair to say that “paying for a gym membership” is probably not a priority there. 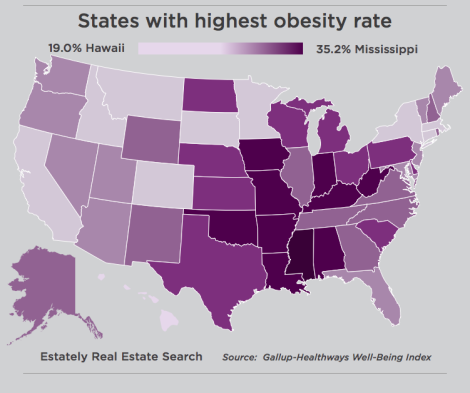 Taken with the previous map, it’s hard to deny that there’s a bit of a problem in those darker states. Though this is certainly a “chicken or egg” scenario.

Fewest hours of work per day. 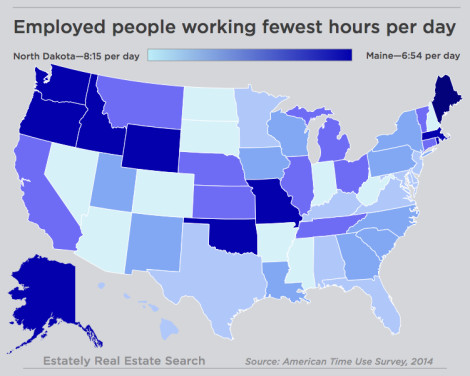 Really? Frankly, I think all of those folks in Maine are livin’ the dream. 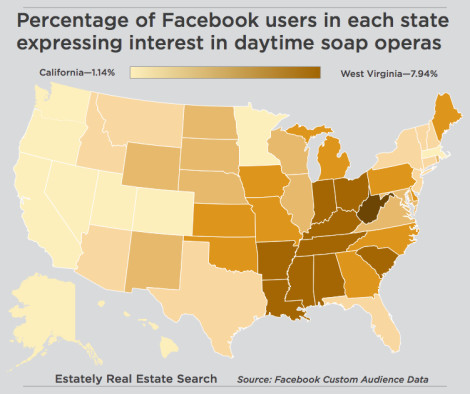 There’s a bizarrely strong correlation between “daytime soaps” and obesity rate/lack of exercise. 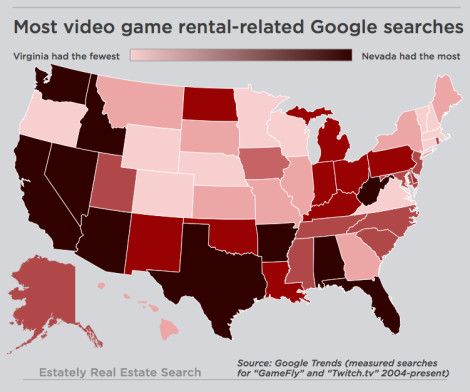 Nevada: apparently the land of the most fast food and video games per-capita. Having grown up there myself, I could definitely see that as being the case. 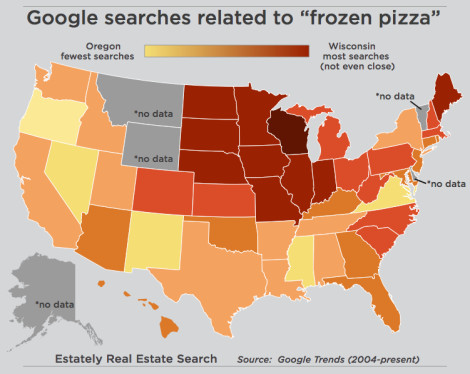 There’s a reason why this statistic wasn’t included in the rankings. My guess is Estately couldn’t really conclude anything based on the fact that Wisconsin seems to be obsessed with Googling “frozen pizza.”

So, which were the top 10 “couch potato” states based on these metrics? 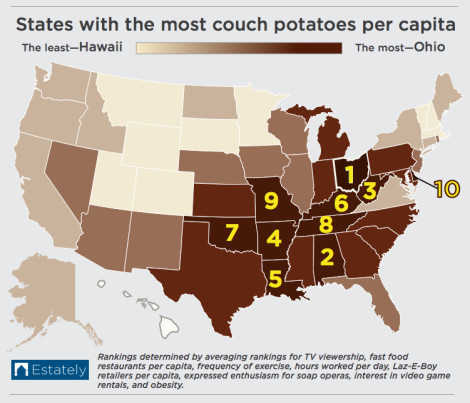 Find out how your state stacks up in the complete chart of all 50 states: 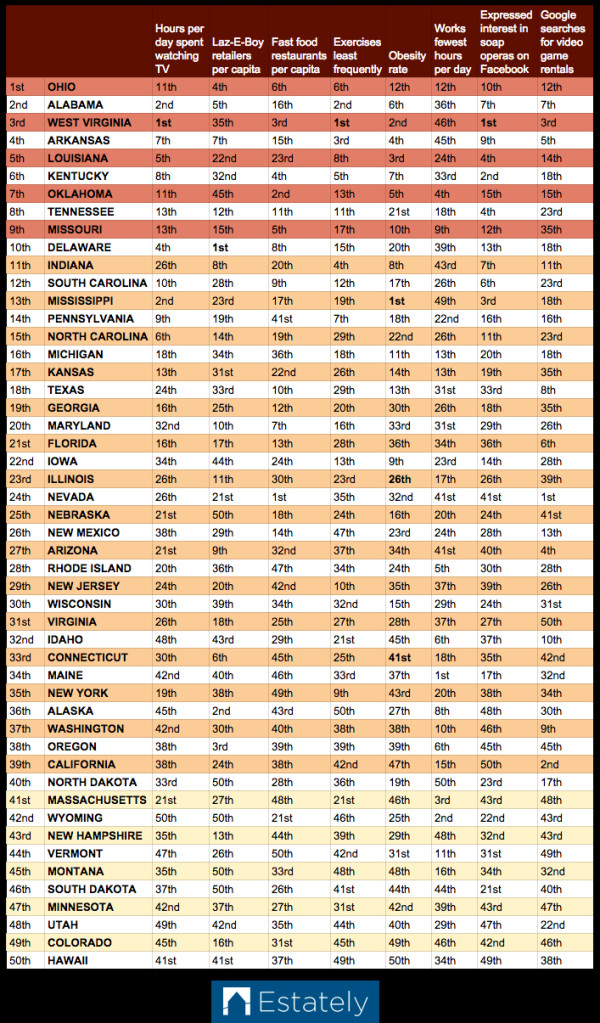 Tagged
Lifestyle United States
What did you think of this story?
Meh
Good
Awesome