More and more families are pioneering new models for education around homeschooling + travel, or “roadschooling.”  Many have savvy, next level social media presences (Instagram accounts with names like Ditching Suburbia), and numerous FB groups and online communities exist to support roadschooling families, several of which we’ll link to below.

How does it all work? These families show you how:

1. The family of fourteen in one RV 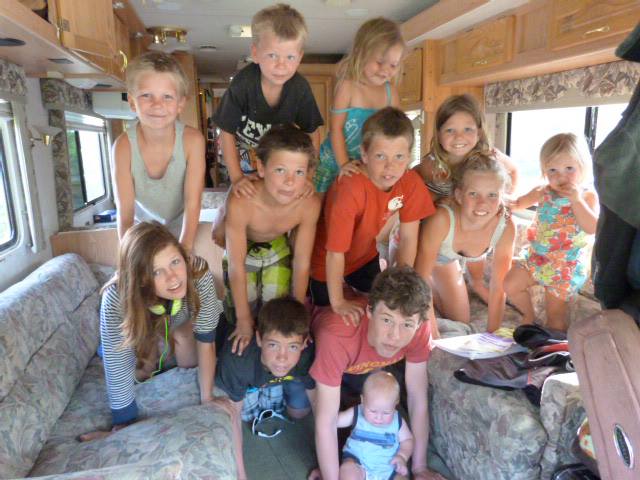 In 2012, The Kellogg’s –a family of fourteen — traveled over 100,000 kilometers across North America in a 36-foot motorhome. During the trip, the children- ranging from ages one to twenty years old — had roadschooling lessons in math, reading, and writing. Wife Susie taught while her husband Dan worked remotely as an independent software engineer. They documented their road schooling lessons on their family blog. 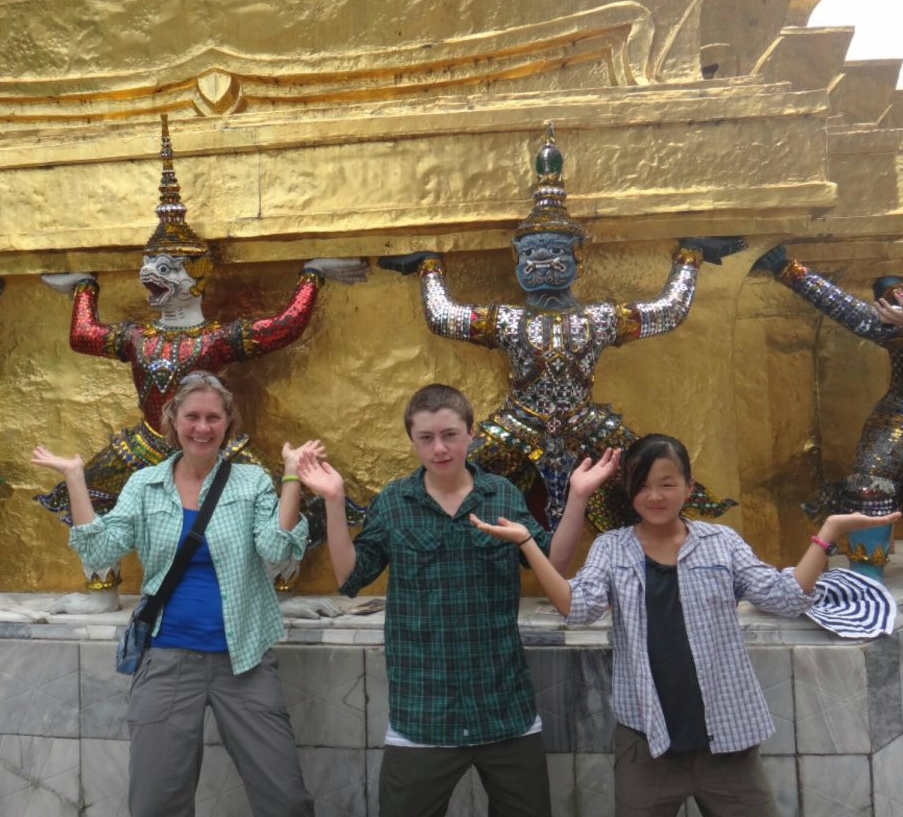 The New York Times travel section featured the Mauers’ family upon learning how the family financed their 10 month trip around the world: an average budget of $150 a day for a family of four. The family claimed that travel actually made their life far cheaper. They no longer had the need for car insurance or a budget for after-school activities. And by using travel insurance instead of standard health insurance, they cut costs significantly.

Their ten-month trip included Southeast Asia, Nepal, Europe, and ended with four months driving through Southern Africa in a rental 4×4 with a rooftop tent. Their two kids skipped freshman year and seventh grade (along with gymnastics and hockey season) to complete the trip. Their mother Kari home-schooled the kids on the road, although the article acknowledged “that seems an odd term when “home” has meant teahouses along the Annapurna Circuit in Nepal, a rental apartment in Lisbon and a night spent camping on the grounds of a Zimbabwean high school.” 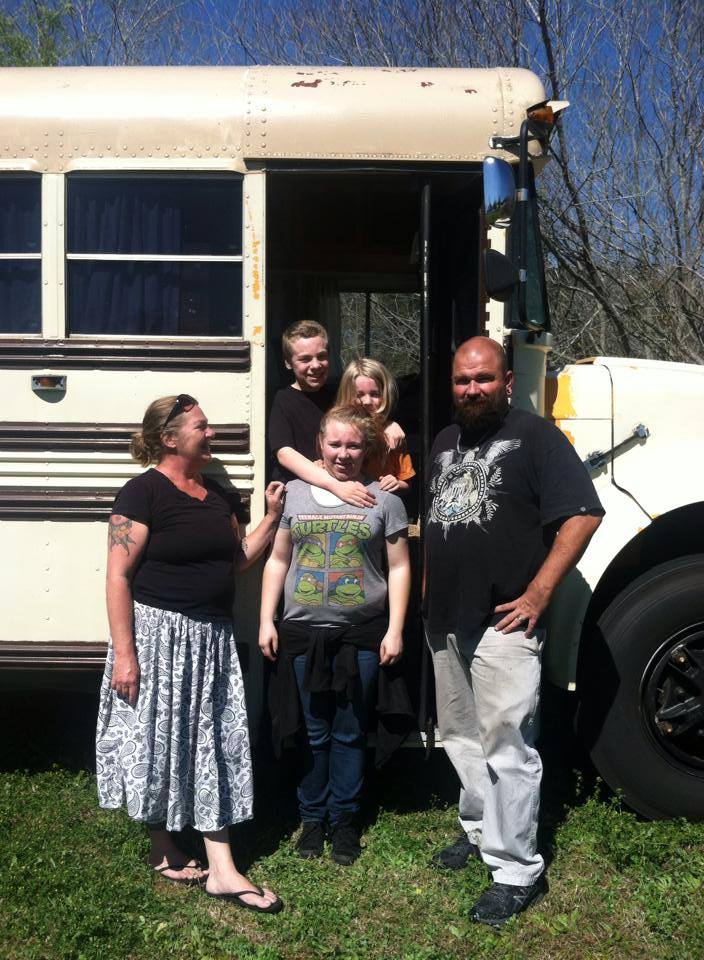 The Hadley’s were featured on NPR for creating their own family version of the Magic School Bus. They bought a 1990 Bluebird school bus that had been converted into a mobile home, complete with plumbing, propane lines, a gas stove, fridge and shower. They plan to use it to homeschool their two children while traveling across the United States.

The idea came after husband Mike lost his job. After living off of unemployment checks and food stamps, they decided to sell their possessions in a yard sale, and raise money for their adventures on a GoFundMe page.

According to the article, when concerned family and friends asked “Why are you doing this to your children?”, wife Angela responded  “We’re not doing this to our children. We’re doing it with them. If even one child was against this, it would be put on hold.” In the interview, both children were excited to take their learning on the road.

Along the way, the family plans on WWOOF-ing, and learning more about different kinds of intentional communities. They also eventually want to learn how to make their own biodiesel fuel. 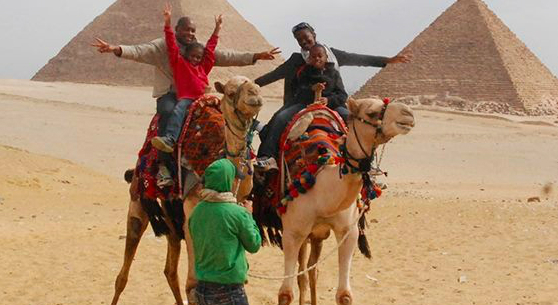 In a post for the blog “I’m Black and I Travel”, Heather Davis noticed the racial disparity in road-schooling: “I’ve yet to find a black family doing this, or who have done it.” So, she and her husband decided to became that family themselves. The family of four took a year-long trip visiting 29 countries on six continents and were later named National Geographic Travelers of the Year in 2012.

Their website says: “Before June 2011, our days consisted of making school lunches and working and going to school and wondering what to make for dinner and driving from karate practice to swimming practice to soccer practice before collapsing in bed. And in the moments in between, we wondered if there was more to life. We dreamed of seeing the world with our kids. We imagined having more time to do nothing (and everything) together. We hoped that one day we’d make it happen. And then one day we decided to do it.” 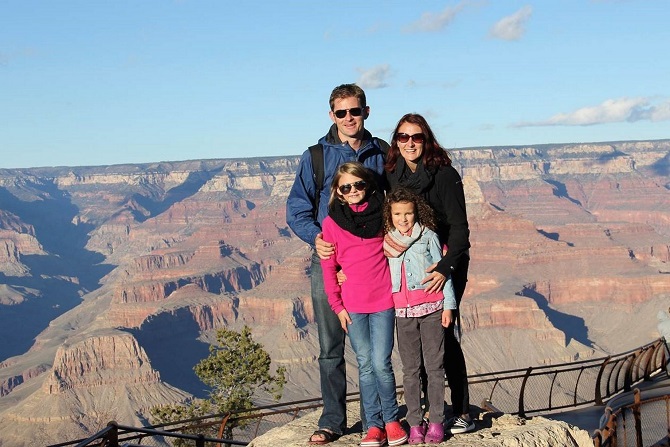 Adele and Paul Davies of Wales saved for nine years to take their two children — nine-year old Lili Mai and seven-year-old Nel — on a year-long trip abroad. All together, they took 36 airplane rides through twelve countries (Canada, China, India, America, Fiji, New Zealand, Australia, Malaysia, Cambodia, Vietnam, Thailand, and Brittany). Paul previously worked as a teacher so educating their children through travel was a key part of the experience. In an interview with Inquisitr, the parents said  “Every new country was a lesson in itself…Experiencing the world and all the variety it has to offer – the sounds and sights and smells – that education broadens the mind. It does more than reading about the world in a book ever could.” 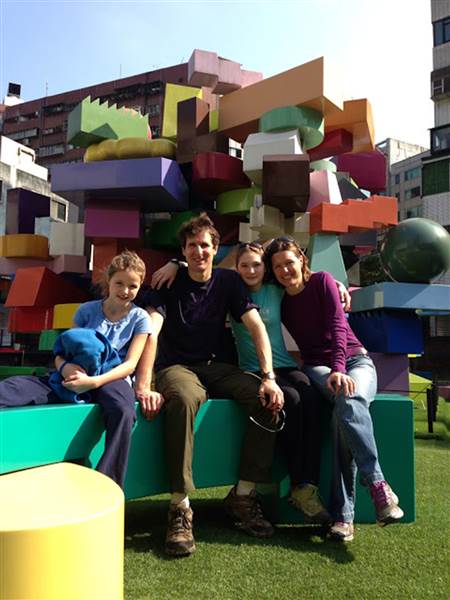 Ashley and Peter Milliken took their two daughters on a seven-month trip throughout Asia, passing through Taipei, China, Thailand, Cambodia and Vietnam. The Milliken’s told the Today show they did the trip to expose their tween daughters to the “real world” before high school. The girls practiced real-world writing by blogging about their journey online. In the interview with Today, Ashley said “We live in a lovely albeit small, rather homogenous town in Vermont. We wanted them to get to know a foreign place in some depth.”

1. Mali Mish is part of a family of five “working & exploring in an Airstream since 2008”

2. Josh and Erin Bender have been living nomadically with their two children, Mia and Caius for the last three years.

3. Caz and Craig Makepeace live in the Central Coast of Australia but also take their daughters on their travels.

4. Tsh Oxenreider travels the world with her five children.

Other Resources/Blogs from road schooling families:

“Homeschooling While Traveling” post on A Little Adrift blog

“An Introduction to Roadschooling” by Wandrly Magazine

“Making the World Our Classroom” blog

“The Family Without Borders”