For Chris Pedley, it all started with a black-and-white photograph hanging on his wife’s wall.

In the picture, an Mbuti Pygmy tribe in northern Congo is crowded around a loudspeaker, listening back for the first time to a recording of their own singing.

It was 1952 and the music had just been captured by the legendary ethnomusicologist Hugh Tracey.

“That picture just intrigued me,” said Pedley, a musician and producer based in London. “It caused me to look deeper into the story of where it came from.”

As it turned out, Tracey was the great uncle of Pedley’s wife. And the photograph depicted just one of the 35,000 recordings of traditional African music he collected from the early 1920s until his death in 1977.

Tracey traveled around 18 different countries all over central and southern Africa, in an attempt to preserve their music for future generations.

Most of the recordings ended up in an archive called the International Library of African Music. They have sat there quietly ever since, rarely being heard by the public. 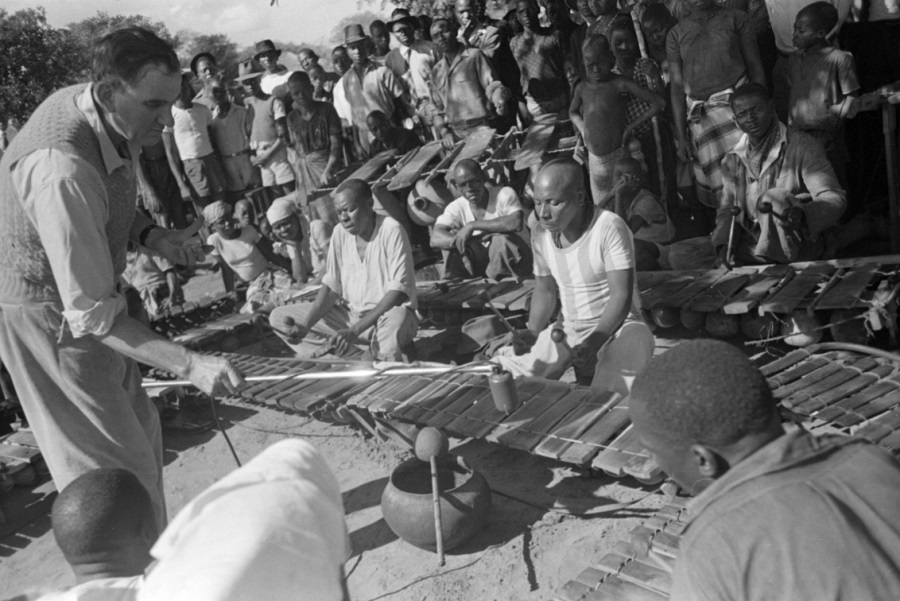 But now, after “a five-year journey,” Pedley has secured permission to use the music in a new project called “Beating Heart.”

Contemporary musicians and DJs from around the world have taken the original recordings and remixed them for a new album. And all of the money raised is going back to the communities where the music was made.

One of the DJs involved is Nabihah Iqbal, better known as Throwing Shade. She remixed a traditional piece of Malawian Mbira music called Ndamutemba Nyanga.

“It was an exciting project for me,” said Iqbal, who is also a trained ethnomusicologist.

“Getting the chance to work with these historical field recordings was a great opportunity to do this in a more literal sense.”

The first Beating Heart album focuses exclusively on music from Malawi, but there are already plans for 17 further projects using Tracey’s recordings from other African countries.

Earlier in the year, Pedley and co-founder Ollywood hosted a special event on the shores of Lake Malawi. DJs involved in the project played the original recordings and the new remixes for the first time.

“That was the moment that I had been waiting for,” said Pedley. “People were connecting with the music in a new way… they were just getting down and dancing.”

The project is, of course, not the first time European and American musicians have reworked old African recordings. There have been concerns over the years that the original artists and their estates have not been getting their fair share of the revenue.

But Pedley believes that the model he is using is different. All of the money raised through album sales will go to a selection of charities in the country where the music was recorded.

“The bulk of the songs were recorded in the 1950s, most of the people who recorded it are deceased. The music hasn’t really been heard and the people don’t know about it,” Pedley said.

“We figured that by giving back to the local communities … at least we can shine an international light on the recordings and the music and hopefully do some good with it.”

“Ultimately, it’s better to put the music to work and get it out there, rather than just letting it sit around in an academic institution.”

You can find the project here: http://beating-heart.co.uk/

The 50 greatest campfire songs of all time
Why does ‘yellow filter’ keep popping up in American movies?
Say goodbye to fee-free changes and cancellations for summer flights
7 remote, charming, and quirky Icelandic villages worth the detour
The optimal road trip to see all the US national parks, mapped