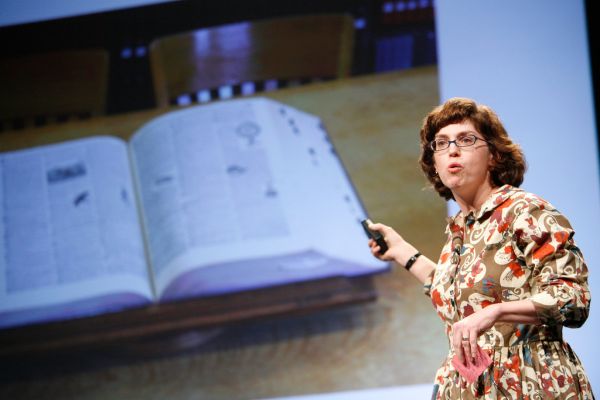 Feature photo: theogeo/Photo above: Pop!Tech
Looking up dirty words and naughty images as a child is like a rite of passage into adulthood. But after one parent complained about their child discovering the definition for “oral sex,” schools in southern California started to consider removing the dictionary from classrooms.

The news of the possible “ban” on the Merriam-Webster’s Collegiate Dictionary Tenth Edition spread internationally and caused some outraged feedback from parents, as many felt the dictionary was not the problem. As one parent pointed out:

“That is not the worst word in the dictionary. Kids are going to be exposed to things, and it is the parents’ job to explain it to them, not the teachers’ or the school district’s (job).”

This argument is nothing new. In some places, other banned books include: Katherine Paterson’s Bridge to Terabithia, for its display of disrespect towards adults; Mark Twain’s The Adventures of Huckleberry Finn, for its use of the ‘n’ word; and even J.K. Rowling’s Harry Potter series for its use of witchcraft.

Those are just a few. Is it just me, or do the themes of friendship, youthful determination and overcoming oppression completely override any negative aspects of these books?

Some teens, however, do realize the importance of reading whatever the hell you want to read.

Give the girl a freaking medal.

In the end, students in southern California were given the option of using an alternative dictionary to the one temporarily removed, but are still able to use the old. Next assignment: an essay on the definition of “ignorance” and how to prevent it.

What do you think, is it justified to ban certain books? The dictionary?