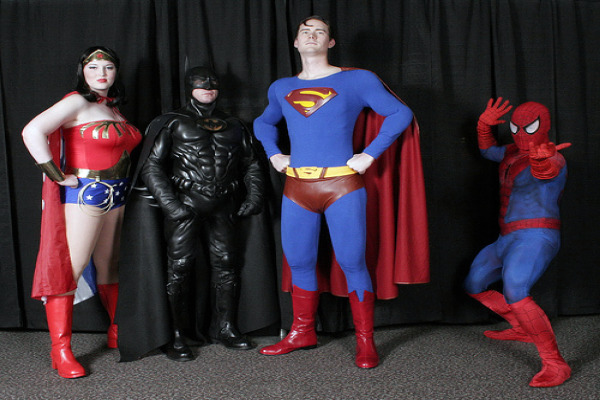 Strap on your Lycra suit, fasten your cape, and marvel at superpowers that really do exist.

Superpowers are back in fashion. Every other film these days involves some mentalist in an improbable costume, using their even more improbable powers to save the day.

But we don’t have to visit the movies or open a book, or flick on the TV to find superpowers. They are all around us. Technology advances so rapidly that abilities once confined to comic books are becoming a reality.

Here are five biggies that – if not already with us — are most definitely in the pipeline.

Who doesn’t want the ability to fly? Every journey becomes both a shortcut and the scenic route, and everyone wants you on their basketball team. And if you fly really fast in the opposite direction to the Earth’s spin, you can even turn back time. 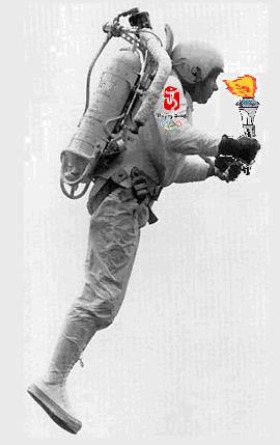 Since World War II, a load of work has been done on jetpacks, mainly with military applications in mind. Although the US government has decided they are not practical, Jetpack International has developed a commercial product. They claim it can fly 11 miles at speeds of around 80 mph, at a maximum height of 250 feet. Boba Fett eat your heart out.

Even better, in 2006 British newspaper the Daily Mail published an article speculating that UK special forces might soon be flying into combat using “batwings”. These six meter wings would allow troops to glide up to 120 miles before deploying their parachutes. Presumably they also came kitted with a pre-recorded tape, blasting out, “Bam! Crash! Pow! Zap!”

Invisibility cloaks were once the preserve of dragon-slaying heroes on a quest for swag and damsels in distress. Now, scientists in Germany are close to developing one for real. They managed to cloak a tiny bump in a layer of gold, bending light around it and rendering it invisible “at nearly visible infrared frequencies.”

Before you start planning your new career as spy, bear the following in mind: the bump was already so small you needed a magnifying glass to see it, and the lead researcher has admitted cloaking larger items “is not really feasible” with this technology. So it’s a step in the right direction, but we’ll still need to pay for our cinema tickets a little while longer.

Our obsession with time travel is understandable: forwards in time for a look at the lottery results; backwards in time to warn ABBA their music will still be polluting dance floors some forty years later… no wonder we get all tied up in knots.

According to physicist Michio Kaku, time travel is both theoretically possible, and not so riddled with paradox as we’ve been led to believe. He reckons time is like a river that can develop whirlpools and fork into different branches. 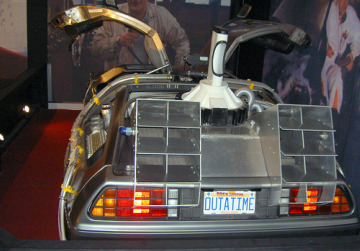 So if you go back in time and meet your mother as a teenager, and she falls in love with you, then you’ve crossed streams into a parallel universe. In this universe, she is not – and will not be – your mother. Which naturally means it’s OK to sleep with her.

Kaku claims multiple universes co-exist, but you’re only tuned in to the vibrations from one of them. So even though dinosaurs from a universe where they didn’t become extinct are standing in your living room, you can’t see them!

If time travel really is possible, someone should go back and shoot the guy who invented bloody quantum theory. Put us out of our misery.

From The Human Torch to Pyro, the only thing cooler than being able to fly is being able to set stuff on fire. Although spontaneous human combustion remains a controversial topic, the Pentagon is lending a helping hand.

Their latest toy is a non-lethal weapon called the Active Denial System, designed for crowd control and slated for possible use in Iraq. It fires a burst of high frequency microwaves, heating the target in exactly the same way as your microwave cooks your ready-made lasagna.

While victims don’t burst into flame, they do feel an intense burning sensation, which is meant to stop once they get out of the line of fire.

Fictional company Pyrotech are currently developing a handheld version, aimed at techno-cannibals who no longer have time to boil their missionaries in giant cooking pots.

This is the holy grail of superpowers, the one that obviates the need for any other.

Who cares if you can’t fly? Just take a plane like everyone else, smug in the knowledge that you really don’t need to listen to the safety announcement. Can’t travel forwards in time? No worries. Being immortal necessarily means you have time on your hands. Just chill a while, and let the future come to you. And if you need to burn something, buy a box of matches. 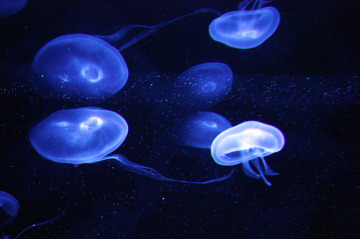 Sadly, given our almost universal fear of death, immortality is one superpower we don’t yet have. But help is at hand, in the form of… a jellyfish! Yep, Turritopsis nutricula appears to be the world’s only immortal animal. This tiny hydrozoan can reverse the aging process, transforming from its mature form into its immature form, and back again.

This can theoretically go on forever, which means the animal is biologically immortal. But it is still vulnerable to violent death, which is something the boffins will have to work on if we ever want to achieve true immortality.

But then again, would you really want to live forever? That’s a heck of a long time. Perhaps being able to fly is better, after all.

Which superpower would you like to see technology make possible? What would you do with it? Share your thoughts in the comments below.