The extent of marine pollution is overwhelming, but it’s not impossible to overcome it. Some have decided to organize beach clean-ups and make art out of the debris found, Pete Ceglinski and Andrew Turto went one step further and invented the Seabin, an amazing floating trash can.

Although the world’s oceans need a thorough clean-up, Ceglinski and Turton decided to start by taking care of the waters of marinas, private pontoons, inland waterways, residential lakes, harbours, water ways, ports and yacht clubs. Not only are these areas often heavily polluted, but they are also protected from ocean swells and storms, which makes it easier to collect floating rubbish, oil, fuel and detergents. 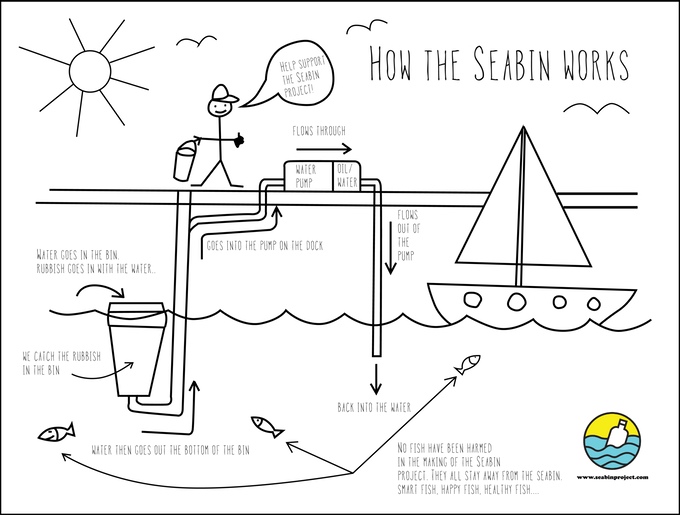 This is how the Seabin works

The Seabin is automated and works 24 hours a day, 7 days a week, and the process is quite simple. The trash can stays on the water’s surface, but is connected to a dock via a water pump. Water gets sucked into the Seabin, carrying floating debris and floating liquids inside. The waste gets caught inside a net in the trash can and the water flows out into the pump on the dock. An oil/water seperator can be installed in the pump to clean the water before it is sent back into the oceans.

Nobody likes to swim, surf, paddle or sail with plastic debris or oil slicks, and the Seabin can help rid the oceans of such pollution easily and in a sustainable manner.

To support Ceglinski and Turton’s project and learn more about the Seabin, check out their Kickstarter campaign here.

You Can Take an Easy Day Trip To the Bahamas on This Florida Ferry
This Airbnb in North Carolina Has a 75-Foot Water Slide Into a Lake
A ‘Rampant’ Disease Outbreak Is Making Hikers and Tourists Sick in the Grand Canyon
Patagonia Baggies Review: I Finally Tried the Cult-Favorite Shorts, and I Get the Hype.
Alex Honnold ‘Peer Pressures’ Norwegian Climber Into Free Soloing With Him on Wild Rock Face