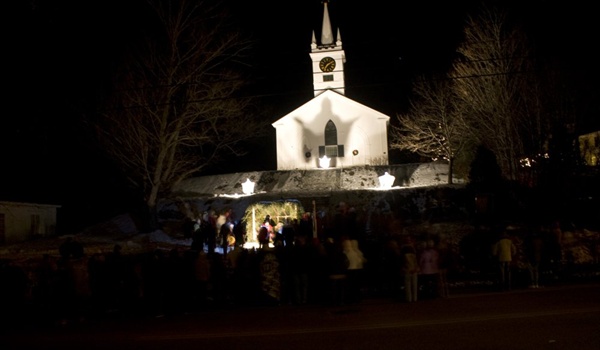 Join the Matador team as they celebrate their annual holiday traditions.

The editors, writers and interns for Matador are spread from Argentina to Australia, but regardless of where on the road we reside, we’ve all got a few favorite moments that we dig up every holiday season. Here’s a look at how we celebrate the happiest time of the year:

Now that she lives across the country from her family, Abbie and her boyfriend have started going to IHOP for breakfast on Christmas morning.

Hal takes the time to think about the original meaning of Christmas:

My wife is from the small town of Winterport, near Bangor, Maine. Every year on the weekend before Christmas, the town puts on a costumed pageant outside a church on Main Street to tell the story of the nativity. Local kids play the parts of Mary, Joseph, the three kings, et al., and live animals simulate the manger atmosphere (llamas from a local’s farm were used this year—a nice touch for us as we just got back from a year in South America).

The scenes are narrated, and the 10-minute production is punctuated by carols sung by the 100 or so folks in attendance, ending with everyone converging on the manger while singing “Silent Night.” It’s a nice annual reminder that American community roots aren’t just the stuff of Christmas movies. 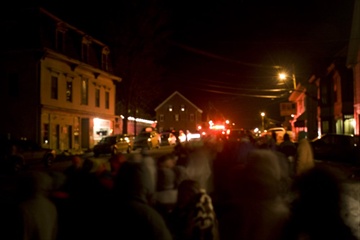 Matador’s managing editor, Julie and her family have grown tired of “doing Christmas.”

“Though we loved all the traditional rituals of Christmas—the tree, the dinner and gift giving—it had become too stressful, so we decided to see what it would be like to take a vacation from—and for—Christmas,” she says. “The first year, we went to the Florida Keys and rented a home there. This year, we’ll be going back to Florida, borrowing the house of a friend who’s going to visit family out west. We’ll cook, but no elaborate meal, and any gifts will probably be lavished on my daughter… it’s her first Christmas.”

Lola recalls the traditions she grew up with in a very religious household in Nigeria:

Christmas morning was spent in church. We’d come back home to a huge meal; its base ingredients being some form of rice and chicken or turkey. Exchanging gifts wasn’t really a huge deal growing up, but time spent with family and extended relatives was key. Aunts and uncles and other random people we called auntie and uncle swung in and out of our house throughout the day, bringing more food and hampers; which are baskets filled with edible goodies.

Same with New Year’s Eve. We’d ring in the New Year in church coupled with some fireworks and we’d return home to trays of yummy sardine sandwiches, British biscuits and tea.

Paul, who’s living in Berlin, tells us how to celebrate a festive holiday season—German style. His girlfriend’s family goes to church the afternoon of December 24th and afterward is the ‘beschehrung,’ the giving of presents to each other, which takes place after dinner (though kids get their gifts before dinner). Christmas dinner usually consists of roast meat or sausages with potato salad and sometimes trout or herring.

We’ve always celebrated Christmas on Christmas Eve. When I was a child, my dad would always take me somewhere, to a movie or a football game, or to drive around and look at the houses covered in lights during the afternoon of December 24th. When we got back home, Santa would have made his visit, and presents surrounded the tree. For many years, I thought Santa came early for me because he knew my birthday was on Christmas Day, and he wanted me to be able to have separate presents. It wasn’t until I was about 23 that I found out it is a German tradition to celebrate on Christmas Eve. 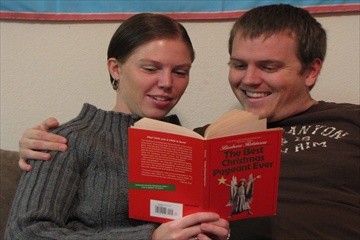 Neha, who writes from Croatia, rings in the new year by lighting a traditional Indian brass lamp. “The hope is that the light brings forth a good year, and continues to shine on, bringing happiness, prosperity and luck,” she says.

As for me, my husband and I like to keep the holidays low-key. We make candy for the neighbors—chocolate-dipped pretzels, peanut brittle and peanut butter fudge are favorites—and always watch The Muppet Christmas Carol. But my most favorite tradition is reading The Best Christmas Pageant Ever out loud together while sipping hot chocolate.

Now it’s your turn to tell us … what is your favorite holiday tradition?