Belfast
Mexico City
Denver
Barcelona
Miami
Vancouver
Load More
Trending Countries
Thailand
Canada
Italy
Jordan
Argentina
Japan
Turkey
South Africa
Costa Rica
Slovenia
Trending Cities
Belfast
Mexico City
Denver
Barcelona
Miami
Vancouver
Buenos Aires
Dallas-Fort Worth
Berlin
São Paulo
The country is mired in economic quicksand. Layoffs are a constant threat. You may have never wanted to leave your job more than you do now, but everyone around you is telling you that this is the worst possible time to make a move. 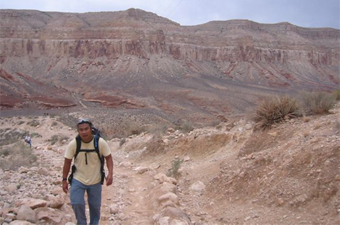 THOMAS CAMPOSANO HAS WORKED AS A BROKER, a teacher, and a firefighter, and he’s done these things all over the world. Yet, when he was finishing college, the economy looked a bit like the current one.

“I was surrounded by a lot of unmotivated people,” says Camposano. “I couldn’t spend my life doing something I hated, so I started looking for an exit.”

He had three criteria:

He found a program that provided certificates for teaching overseas. He submitted his application, quit his office job and moved to Prague to begin teaching.

“It was the best two years of my life,” Camposano says. “Prague is my favorite place on earth, and teaching is extremely rewarding. I met people there that are still some of my best friends. ” 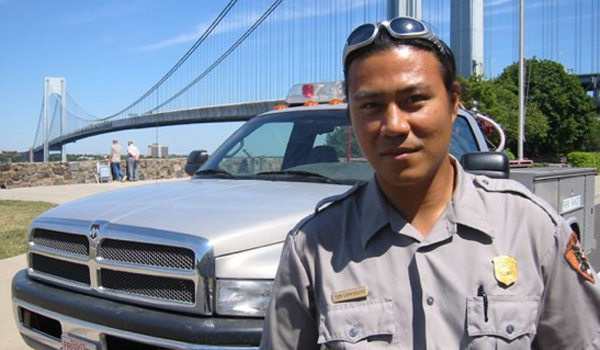 Camposano used to surf at Cape Hatteras, NC, and noted how the park rangers there seemed to love their jobs. He wanted in, but he also knew that these jobs were in demand and were highly competitive. “I figured, I’m not going to get this if I don’t at least give it a shot.”

He submitted the park service application from Europe. While on a ski trip in the French Alps, he received an email saying that a representative from the park service was interested in speaking with him. He called the interviewer from the slopes and was offered the job.

Elated, Camposano flew back to the US and drove to Cape Hatteras. He spent his days patrolling the beach, greeting campers, and enjoying the upbeat attitudes of his fellow park rangers. At first, he had a hard time believing that he was getting paid for it.

“It was the opposite of the stagnant environment at my first office job,” he says. “These park rangers were all getting paid less than the office workers, but they were far happier. I would have done it for free.”

Because his position at Cape Hatteras was seasonal and lasted from April until October, Camposano was free to pursue his passion for travel in the winter months, covering the globe, often choosing countries with beneficial exchange rates to stretch the park service money he had saved during the summer.

Camposano enjoyed the rotation for several seasons, but he knew he needed something a bit more lucrative.

During his time as a park ranger, Camposano often worked with wildland firefighters who were called in when brushfires occurred in the park. He was attracted by the adrenaline rush of fighting fire, and gradually began making the transition to wilderness firefighter while stationed in Cape Hatteras.

Once he had some experience under his belt, he began looking for bigger action. “I was sent out West, where there is always fire. Eventually I landed a position with the Bureau of Land Management in Utah. I’ve never seen so much fire in my life.” 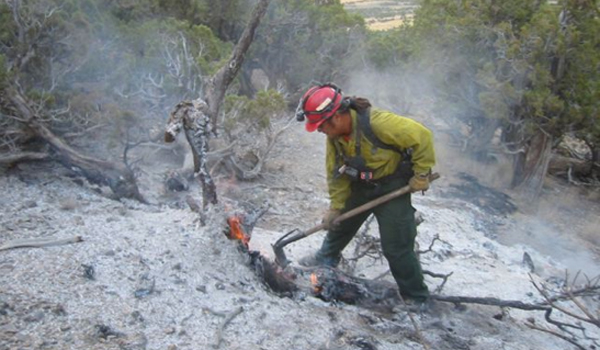 Because of Utah’s centralized location in relation to other western states, Camposano was dispatched all over the West, depending upon where wilderness firefighters were in highest demand.

He would sleep in the forest, and wake up to fight advancing blazes. A typical week would consist of 100 work hours. It wasn’t always easy, but it was never boring, and overtime pay was high.

Camposano is now a firefighter with the Montgomery County Fire Department in Maryland, and is now working on a book titled “Jobs that Pay Well, and Don’t Suck”. He has some tips for workers looking to make a job change in a tough economy:

For more resources on making a big move, check out our roundup of the Top 10 Places to Teach English Abroad as well as our guide on How To Become a Wildland Firefighter.