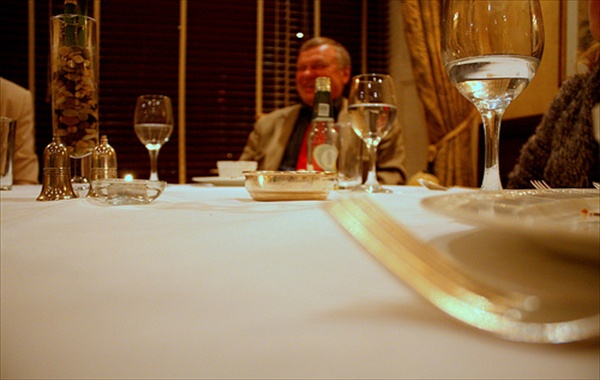 From a very young age, we’re told not to talk to strangers. But what if doing so offered a unique way to give back to the community?

One evening, while flicking through television channels with eyes glazed and brain only partially functioning, my ears perked up when I came across an interview with Franke James.

Franke, an artist, photographer and writer whose mission is to do something green and document it, runs a blog out of Toronto using visual essays to portray her art. In the interview, she talks about how she received a random email one day from a stranger with a bold idea.

The original email is highlighted in her account of the event, a gorgeous visual essay complete with colorful graphics and photographs of the participants. The stranger turned out to be a man named Mark Shouldice who had stumbled upon her blog and was impressed with her work. He proposed to Franke that if she prepared a full meal for him and a guest, he would donate $200 to a charity of her choice.

The table is set

Naturally, Franke was skeptical. But just two hours after replying to Mark’s email, a donation had been made to the Yonge Street Mission’s Christmas dinner and a vegetarian dinner with a stranger had been arranged.

Of course, it also helped to Google his name and to pick up small pieces of information. 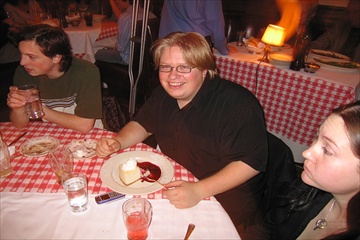 In an interview, Franke says things were not the least bit awkward between her, Mark and his guest, Hilary. Throughout the course of the evening, Franke learned about Mark’s teaching career, his art school project, and his documentary film nights, as well as Hilary’s career as a nurse and her time working in Rwanda on an AIDS/HIV project.

The whole idea got me thinking. If this project could work in such a major city like Toronto, how well would it work in other smaller cities? How amazing would it be to meet somebody new on a whim, whether you’re the donor or the host? This might be one case where talking to strangers is a fantastic idea.

As Franke says on her blog, she had started out having dinner with two strangers, but by the end of the evening, she was dining with two friends. As a result, 77 homeless people were fed from Mark’s generous donation.

If you could dine with any stranger, who would it be? Why?