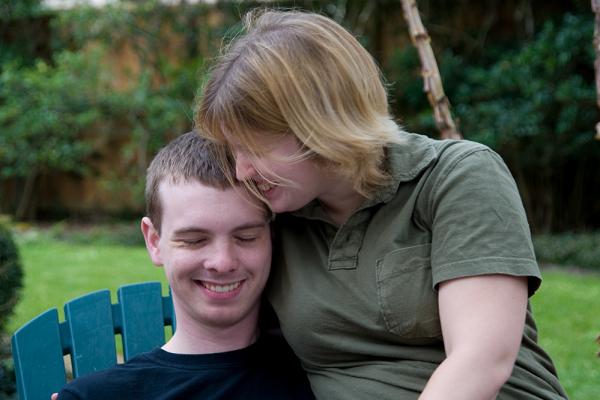 Photo by author
Matador Life is kicking off its newest relationship series, Love in the Time of Matador, with insights from traveler Kelsey Freeman.

As a frequent traveler, one of the most important criteria I look for in significant others is a love of the world and a well-traveled past. So you can imagine my joy when I found a guy who was raised in the foreign service and grew up in places like Yugoslavia and Botswana. A guy who was familiar with chicken-buses, endless train rides, and language barriers.

But, there was a problem. This guy was all traveled-out, and I was about to leave for a year in rural South Korea. We were really well-matched in a number of ways, and the chemistry was all there, so this was quite the stumbling block for us.

I told him that I would have no hard feelings if he didn’t want to get involved with someone who was about to move 10,000 miles away for a year. We could put things off and give it a go when I got back if he wanted. He surprised me with his persistence when he said that he wanted to give our budding relationship a shot; the distance be damned. 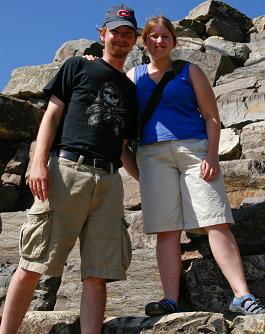 A little over two years later, we’re still together. We both feel that our relationship was actually strengthened by being separated so soon after we got together. We made it through the difficulty of 10,000 miles apart for a year, so everything after that seems like a cakewalk.

What Works For Us

One of the reasons my boyfriend and I are able to make things work is we take advantage of each others preferences. In having a boyfriend who has a career that ties him to our location here in Washington DC, I have gained a trustworthy caretaker for our cats and our stuff. In having a girlfriend who likes to travel around the world, my boyfriend has gained a partner he can boast about, who does neat things like motorcycling around Korea or horse trekking across Mongolia.

He is my rock, my home base. I like having a boyfriend and two wonderful cats to come back to and tell about my travels, and he likes living vicariously through me and not having to give up the career he has worked hard for and enjoys.

Through my traveling, we also end up getting our necessary time alone – something crucial in a relationship between two independent people. Our time apart allows us to maintain our identities as individuals, rather than be two halves of a whole.

We love each other for who we are, and we respect our differences. Just as I understand his need for a stable job and location, he understands my need to wander off into the unknown.

I had been in a very short open relationship back in college, and while I feel they’re not for everyone, I also feel that they have a time and place where they can be successful.

He and I have one additional relationship tactic to help smooth over potential rough patches: when we’re apart, our relationship shifts from closed to open. We’re each allowed to see other people while one of us is traveling, so long as everyone involved is aware that when the trip is over, so is the fling and the openness.

I had been in a very short open relationship back in college, and while I feel they’re not for everyone, I also feel that they have a time and place where they can be successful.

The conversation started when we were on a trip to Québec City the January before I left for Korea. I told him that I was very touched by his decision to stand by me through my upcoming move, and that I didn’t mind if he slept with other girls while I was gone. I told him that so long as he was safe, made it clear that he wasn’t available for relationships, and maintained his emotional loyalty to me, I couldn’t care less what he did with the equipment in his trousers.

Knowing my relationship history, he was not surprised by this offer.

The whole conversation lasted about two minutes and then we went back to drinking our Québecois beers. It was probably the shortest logistics discussion in the history of open relationships.

And you know what? It worked so well that we decided to keep it as a general policy for when we’re apart, even after I returned from Korea.

We don’t have a bunch of rules. If something works for us, we do that. If something doesn’t work for us, we don’t do it. In many ways, our arrangement mirrors the rest of our relationship: it’s not formal, it’s not rule-bound, and it shifts and changes as our own needs do.

If I had to sum up the reasons that our relationship works, I’d say that it has to do with respect, communication, understanding, and positivity. I feel that if you have a good, strong relationship, it’s worth a little compromise.

Leave a comment for Kelsey or ask her a question below!