I LAY IN MY SLEEPING BAG, the cold barely kept at bay. I had entered Iran during the depths of winter and was beginning to wonder if this had been a mistake. It had taken four days of hitchhiking to get to Tehran and I was still getting used to a country where I had yet to see another backpacker.

I had accepted that backpacking Iran was going to be a very different experience to traveling in any other country I had visited before. I had yet to see anybody drinking or smoking and, so far, the only girls I had seen had been hidden deep within the endless black folds of heavy chadors. I expected to have to keep my head down, and to abstain from sex, drugs, and rock ‘n’ roll.

I had yet to even talk to a girl in Iran. So I turned to Tinder, curious to see if any local girls would be online.

One was. Her name was Esme. I messaged her with the best chat up line I could think of.

The next day, we met for a coffee. 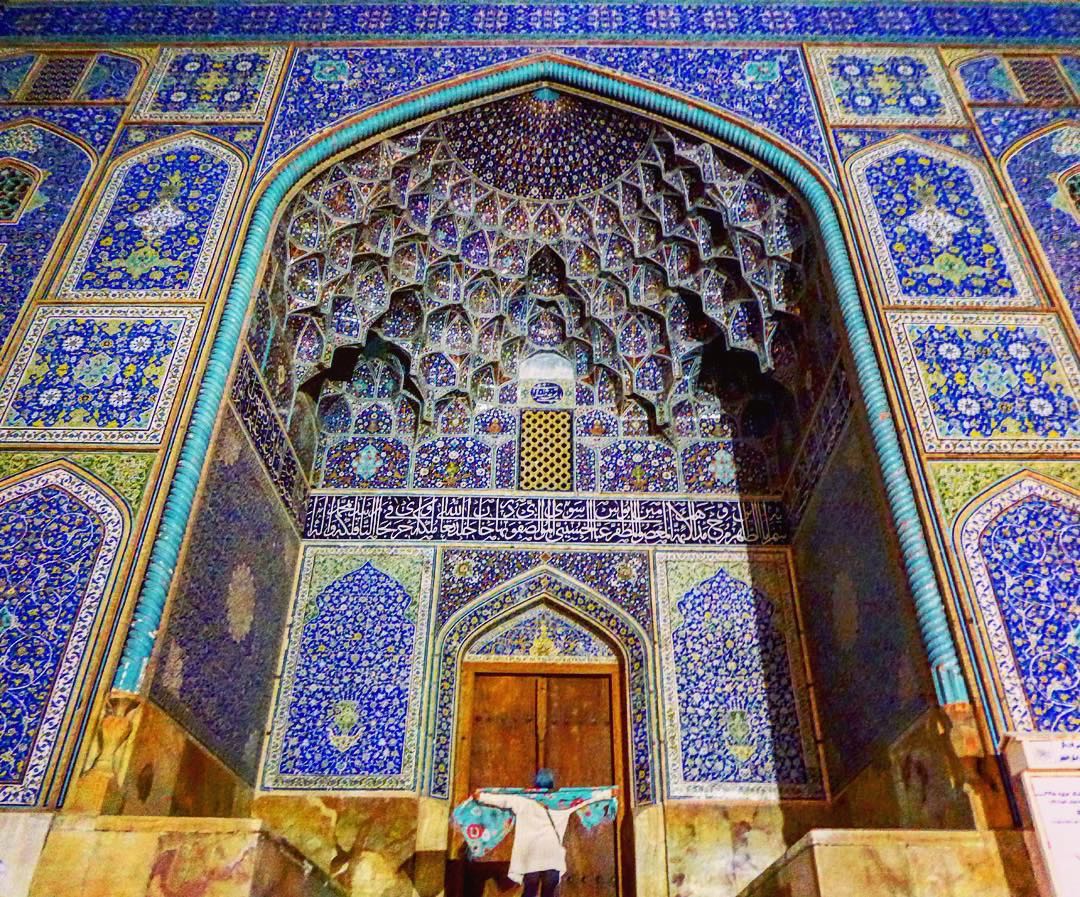 We sat in a cafe, her blue hair peeking out from beneath her green hijab; a compulsory garment for all women in Iran. Esme told me of her adventures backpacking in the Philippines, of her career as a vet, of her hopes that a softening of laws and attitudes is coming to Iran. I told her about my current three year trip across the world, of my upcoming adventures in Pakistan, my plan to sail a raft across the ocean. Minutes slipped into hours and, before I knew it, the sun had set and it was getting late.

I lingered, unsure what to do, aware of the many people around us and the police just across the street, before thinking ‘fuck it’ and pulling her into an alleyway for a cheeky kiss. She had to leave, of course, and I had plans to check out Iranian Kurdistan.

We parted ways, unsure if we would see each other again. 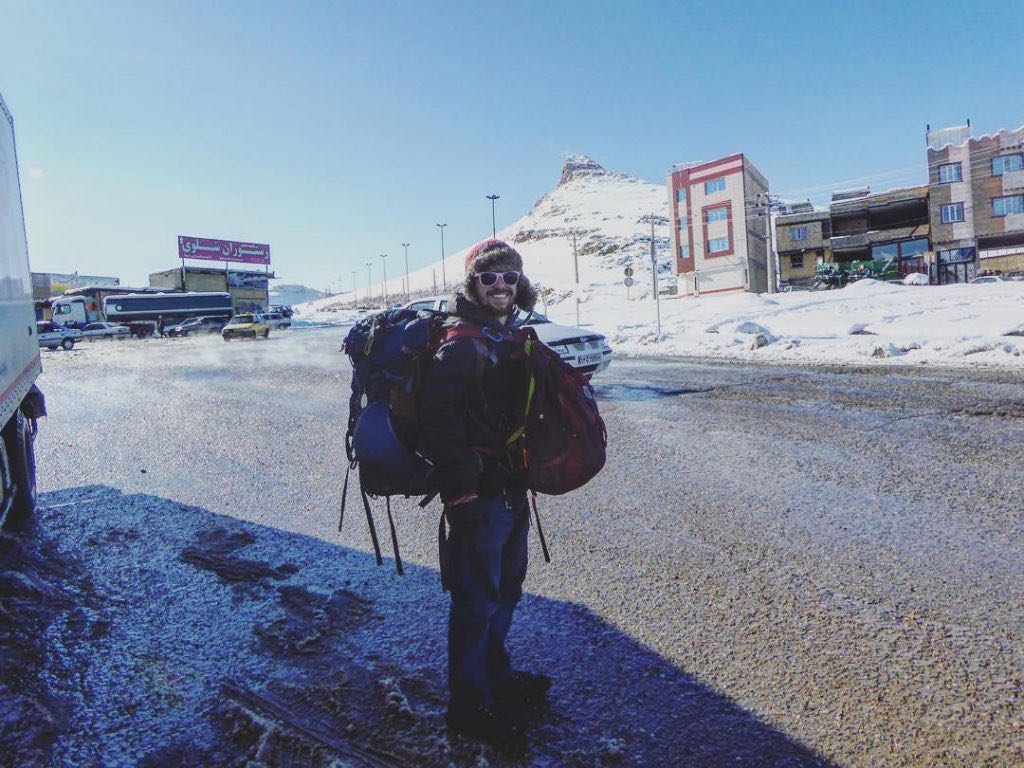 Once in Kurdistan, I found myself thinking of Esme. I had only just met her but already I felt that hanging out with her might be more fun than freezing my ass off in a tent. The snow came thick and fast, making my planned hikes almost impossible, and I abandoned the mountains, sending a quick WhatsApp message and heading back to the highway.

“I’m coming back to get you. Pack a bag and let’s explore Iran together.”

To my delight, she said yes. Back in her hometown, we encountered our first problem. Being anywhere together, particularly after dark, could get us into a shit-ton of trouble. Luckily, Esme had a plan.

“We can get a Sigheh,” she said. “It’s a temporary marriage.”

Concerned that this beautiful and mysterious woman was after my passport, I was at first reluctant. This soon changed.

One night later, we tried to check into a guesthouse, coming up with a stupid story about how Esme was not Persian but was in fact Polish… and had managed to lose her passport. The manager didn’t buy it and immediately tried to call the religious police.

It is illegal for an unmarried couple in Iran to stay in a room together which meant, given the large quantities of police on the streets, we were kind of screwed. Most of the time foreigners can get around this by simply saying they are married, but because Esme was Persian, and therefore a Muslim, the rules were much stricter.

We left the guesthouse in a rush, unsure of where we would stay as the cold swirled around us and snow began to fall. Luckily, thanks to Couchsurfing, we were rescued by some locals who let us crash in their sitting room while we came up with a plan.

“Screw it, let’s get married.” I said to Esme across our cornflakes.

“It’s only a temporary marriage anyway,” she shrugged, smiling. 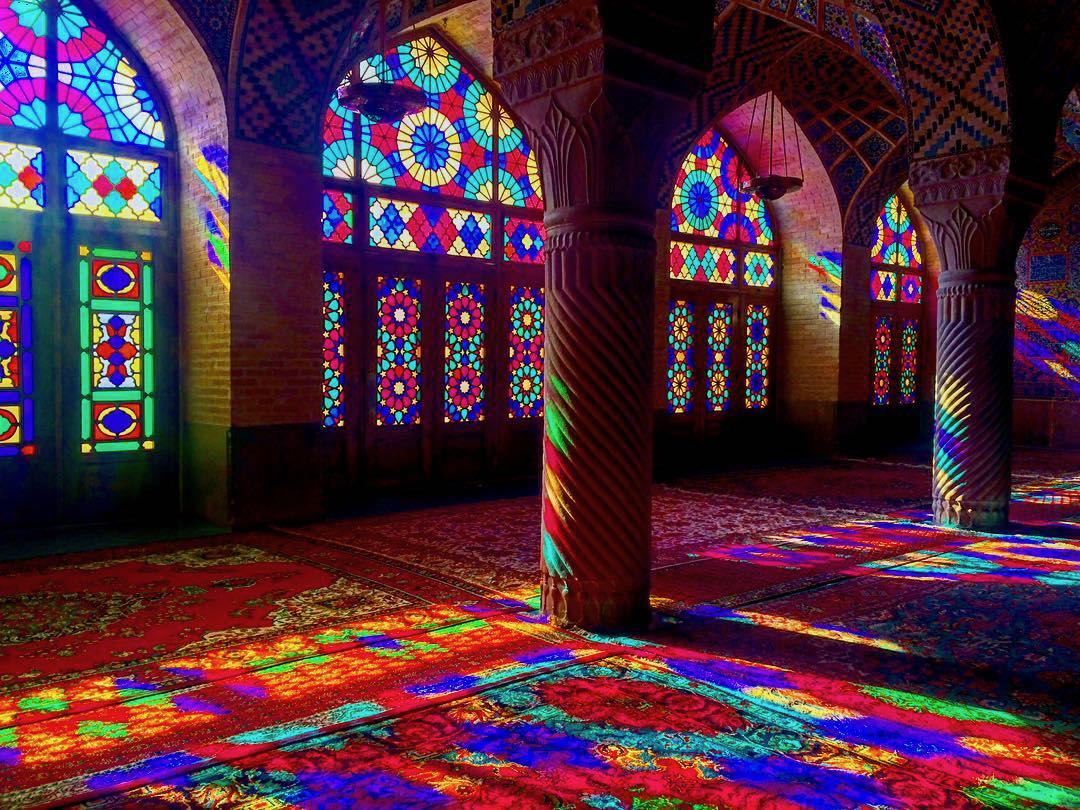 Nasir Ol Molk Mosque — the mosque from the postcard that inspired me to travel to Iran.

Temporary marriages, or Sigheh, are used by lots of Iranian couples for lots of different purposes; a marriage can last from an hour to a decade and a dowry, traditionally, has to be paid. Luckily, Esme waived the dowry, so we were able to get married for free.

Temporary marriages provide a way for Iranians to be intimate together without breaking the law.

Amir, an Iranian friend of mine, explained it to me: “In Iran, you can find everything; parties, one-night stands, alcohol, LSD, everything is possible.”

We spent an entire day looking for a mullah willing to marry a foreigner and a local Iranian girl, we were rejected multiple times but finally managed to find a bearded fellow willing to help us.

The ceremony took just a few minutes. When prompted, I repeated after the Mullah — both he and Esme laughed at my attempts at Farsi as I struggled through. Smiling broadly, the Mullah shook my hand, welcomed me to Iran in scratchy English and stamped a small booklet with our photos pasted into it.

It appeared I had just gotten married.

We took to the road, keen to explore as much of Iran as possible, to peel back the layers of an often forgotten country and to hitch the entire length of Iran and back. 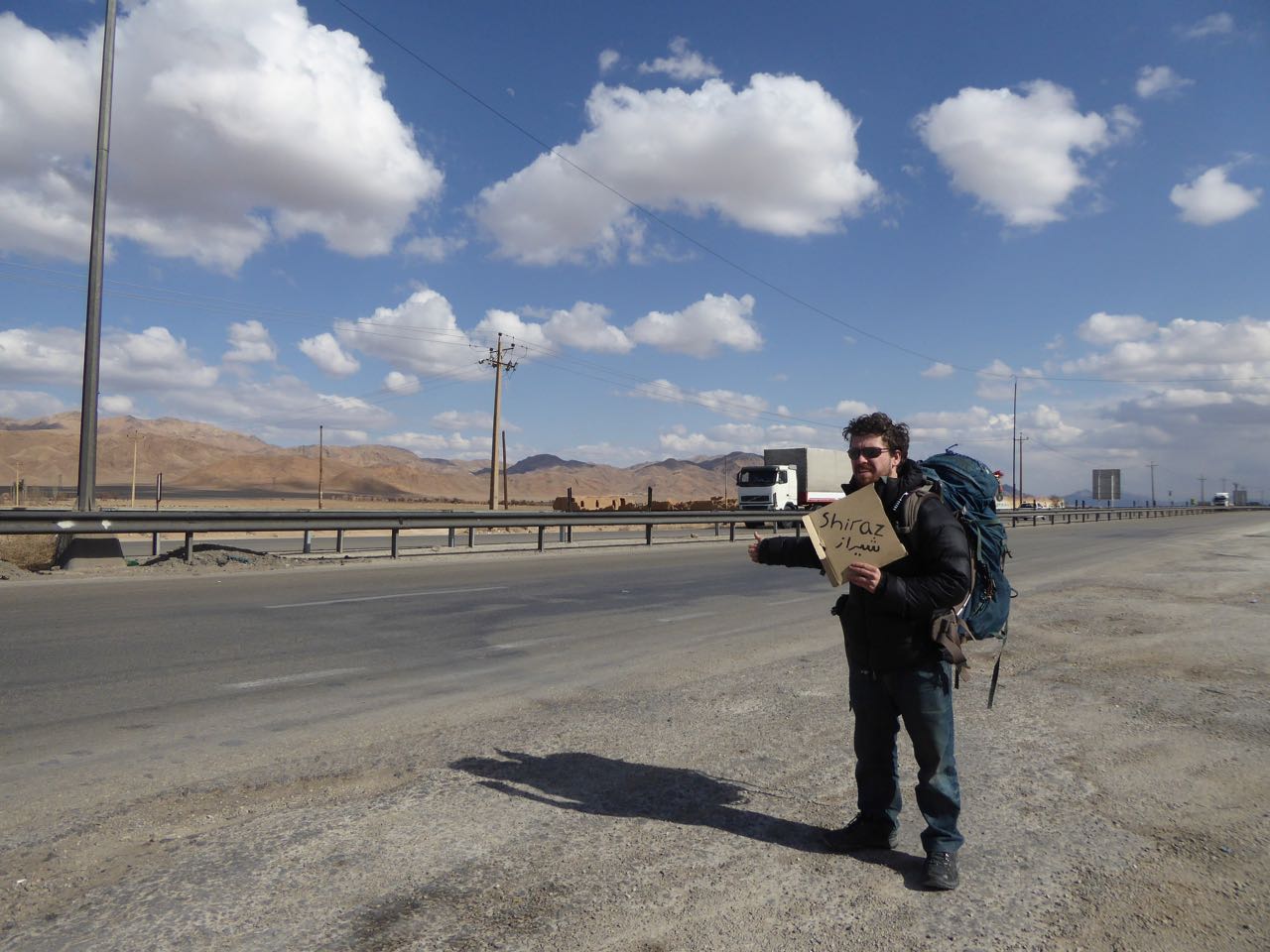 After six weeks my visa came to an end and I was forced to leave Iran.

Saying goodbye to Esme as I crossed the border into Pakistan was one of the hardest things I have ever had to do. We talked on the beach and I leveled with her; I had fallen in love with her country, and with her.

A couple of months later I saw her again: she flew out to join me for a backpacking adventure in India and we raced a multicolored rickshaw 2500km across the country. 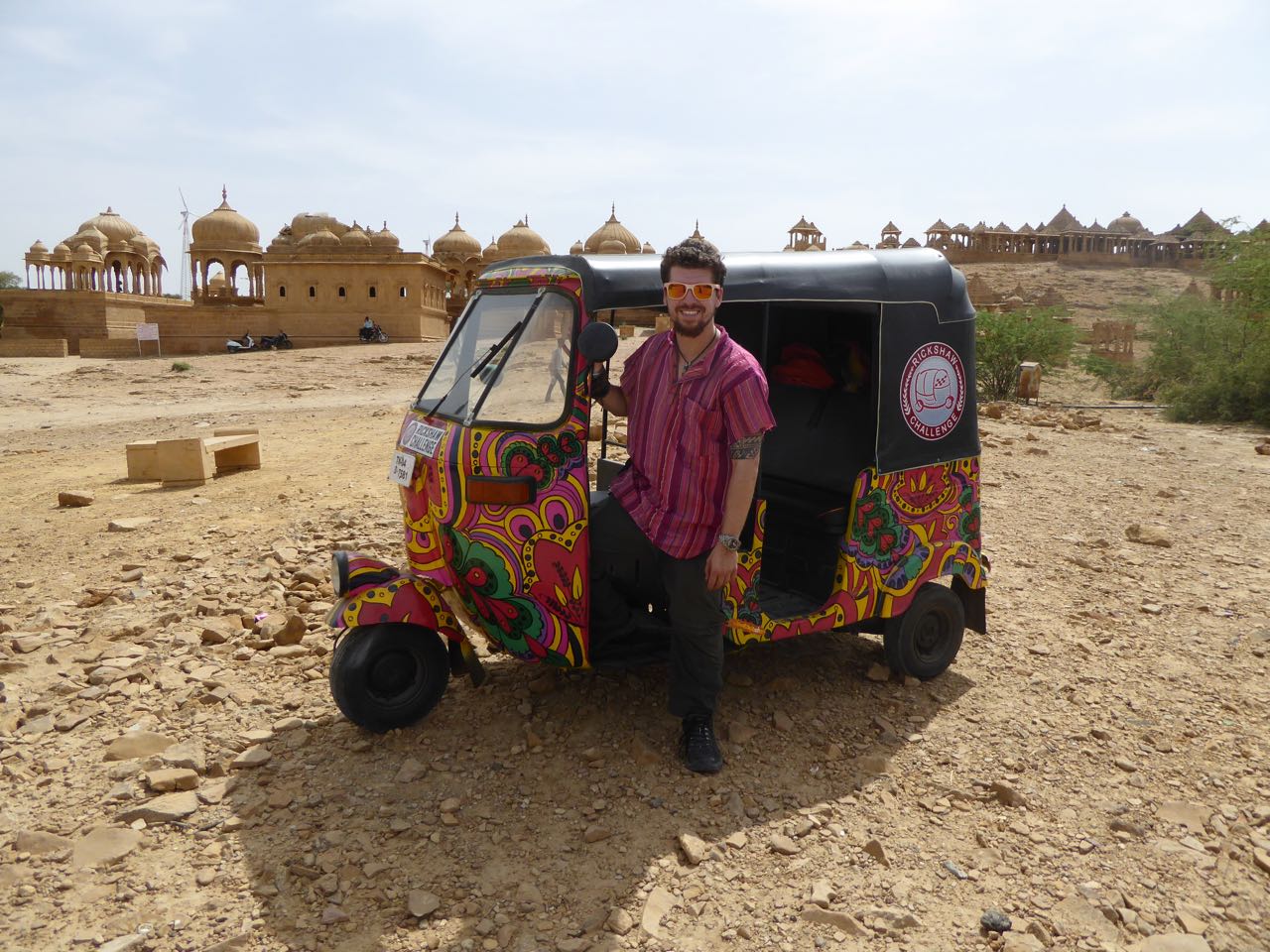 Later still, we returned to Iran where I met her family and we had a second (permanent) marriage — this time it was a huge Persian wedding, rather than a hasty affair in an underground office.

Iran has a huge amount to offer adventure seeking backpackers; a rich history, incredible Islamic architecture, beautiful people, plentiful Couchsurfing, the best hitchhiking in the world and some serious bang for your buck; Iran is one of the cheapest countries in the world to go traveling. For me, traveling to Iran was an experience which would change my life in ways I had never imagined. Now, I am continuing upon my adventures in the Middle East with my wife — it feels weird to write it — by my side.

If somebody had told me a year ago that I would meet a girl on Tinder in Iran and go backpacking across countries like Pakistan and India, Bhutan and Myanmar, I would have laughed.

If you feel something pulling you somewhere, go with it. Who knows what you may find? 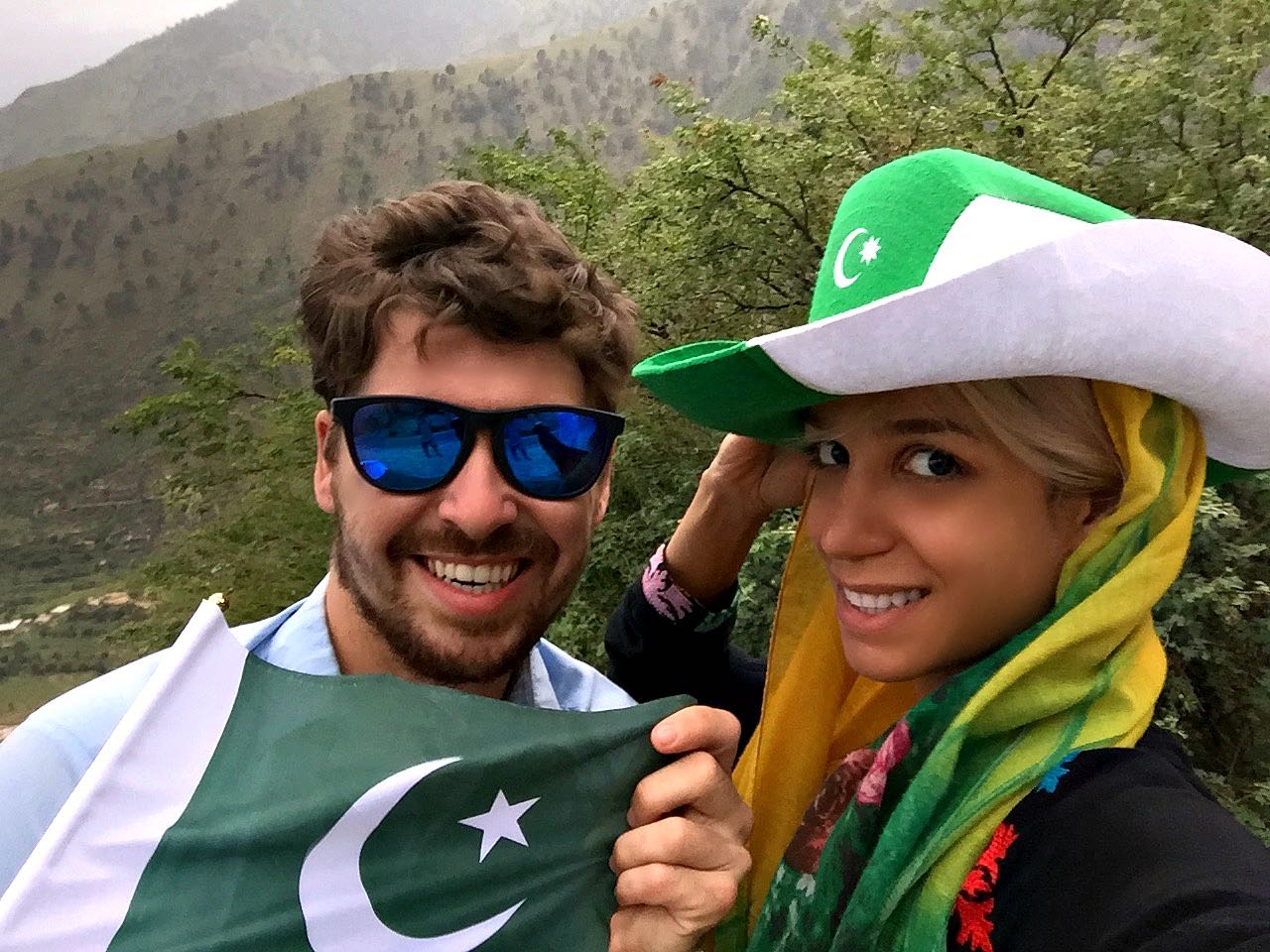 A version of this article originally appeared on the Broke Backpacker.

Tagged
Sex + Dating Iran
What did you think of this story?
Meh
Good
Awesome

Every type of Japanese sex club and what you’ll find inside
The most romantic couples massages in Las Vegas
How to move to Costa Rica and live there on the cheap
Orgasm workshops are a thing, and these are the best ones to try
9 underrated destinations in the US for a blowout girls trip