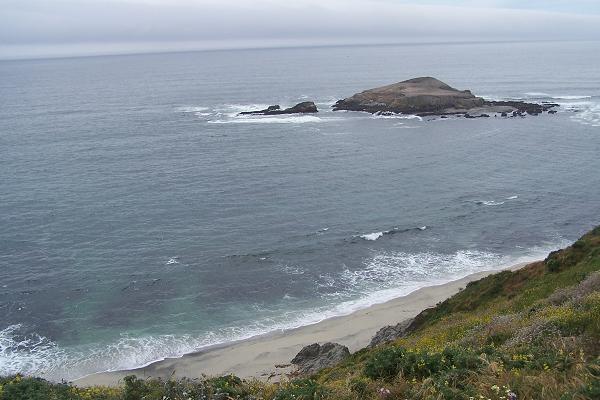 Photo by John Gorrindo
Why do certain places set anchor in us? Is it family or first love? Is it the unusual beauty that shapes these moments? Or?

AT NIGHTFALL, MY friend and I climb into a motorboat with a group of Sicilians we’ve just met. We have been traveling the coast of Italy for nearly a month and now, having reached the Aeolian Islands, we are heading to Volcano, a volcanic island made entirely of black sand.

“Look,” one of the Sicilians says as we start away from shore, spreading out his arms towards the pebble beach. “Don’t we have the most beautiful beaches you’ve ever seen?”

“I’ve seen better,” I shrug. I am twenty years old.

It’s been just about three years since I left the San Francisco area, and I have spent those years trying to move as far away from home as possible. So why, as I ride out into the night, do I close my eyes to the shore before me, and return to the one I left behind?

“This all could have been lost to condos,” my father says, his voice hoarse. He takes out his Swiss Army knife and cuts a chunk off a block of cheddar, hands it to me. The harsh Point Reyes autumn wind whips sand around us. We’ve just walked four miles along the stark coast to this estuary at beach’s end. My feet are tired, hair knotted with salt and wind. My dad talks – once again – about the US congressman who fought plans to develop the area in the 1960s.

They first peak up their heads, then their bodies out of the water. Soon, there are dozens, then hundreds of them barking and flopping, caking their wet bodies with sand.

What is this that has been saved? Just north of San Francisco on the western tip of the affluent Marin County sits this rare, protected world, a peninsula of steep cliffs, wildflower dotted meadows, and narrow coves swallowed by an unyielding riptide. This is where I spent the weekends of my childhood.

As I bite into the slice of cheese, what we came for begins: Sea lions coming to feed. They first peak up their heads, then their bodies out of the water. Soon, there are dozens, then hundreds of them barking and flopping, caking their wet bodies with sand.


I am as insignificant to the sea lions as the tiny boats on the edge of the ocean. On a peninsula that has been traveling north for millions of years, my life is no more notable than the sand crabs burrowing around our feet.

I am thirteen years old. It’s been two months since my parents split up, and this is the first time in those two months that the dragging in my chest has ceased.

My father hands me a slice of heavily salted tomato.

“Pretty damn good,” he says, smiling. I stuff it into my mouth.

At sixteen, I bring my first love here where we spend the afternoon wrapped in a Mexican blanket. My father and I returned regularly, the stretches of time between are visits growing longer as I grew older and finally he moved away.

I have often wondered why certain places set anchor in us. Is it the power of family and first love that keeps Point Reyes so alive for me. 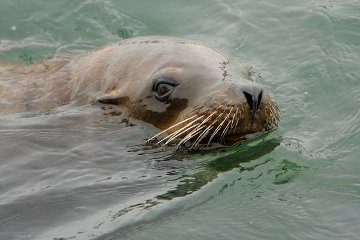 Or is it the unusual beauty of Point Reyes that shaped these moments, setting them down into my memory for good? Or?

“Sometimes a man hits upon a place to which he mysteriously feels he belongs,” says Somerset Maugham

I thought I’d find that place on the other side of the world, but it has taken much traveling, many beaches, more introductions and partings to realize this. All I want to do now is sit on that dune and eat a chunk of cheddar while I watch the sea lions crawl onto the estuary, their barks filling the air.

What memories of home do you bring with you when you travel? How do you cope with homesickness when it hits?
Tagged
Narrative San Francisco, CA, United States
What did you think of this story?
Meh
Good
Awesome

39 of the most breathtaking natural wonders in the world
Colorado’s new Palisade Plunge is the ultimate mountain bike mega-trail
For the perfect day of hiking and Colombian coffee, head to Jardín
I felt safer traveling to Aruba during the pandemic than I have in the United States in months
This tunnel under the Baltic Sea will be the longest immersed tunnel in the world

Morro Bay, CA: The perfect spot to ignite your senses

8 things that will surprise you about Arroyo Grande